The Erasmus House in Belgium: a Historical and Cultural Complex Not to Be Missed 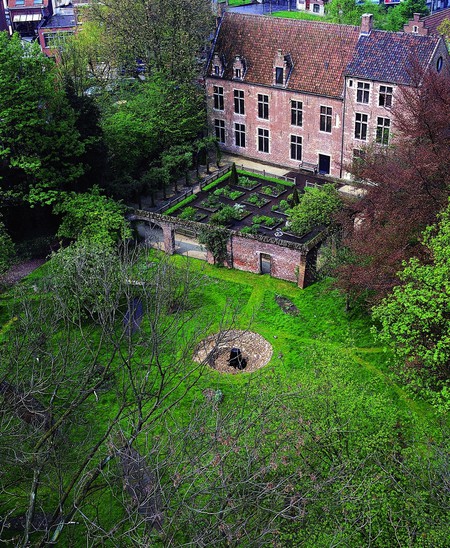 The Erasmus House, a museum dedicated to Erasmus’ stay in Anderlecht, is a historical and cultural maze. A medicine and philosophical garden, as well as Belgium’s smallest béguinage, are ready to be discovered here. The collection of ancient paintings, books and furniture offers you the possibility to step back in time and retrace the life of the great humanist. The museum organises a variety of cultural activities, such as expositions, plays and concerts.

Desiderius Erasmus of Rotterdam was one of the most influential scholars in Europe. He is known for defining the humanist movement in Northern Europe and for producing new versions of the New Testament in Greek and Latin, which led to a theological revolution. Considering his great contribution to education, several schools and faculties, as well as the well-known Erasmus Program of the European Union, are named after him.

Erasmus travelled all over Europe to study classical literature and Latin. During the Middle Ages, the Anderlecht commune next to Brussels (Belgium) had a growing reputation. The cult of St Guidon was attracting pilgrims heading to Santiago de Compostela in Spain, which raised the interest of influential scholars to visit this region. Erasmus followed the advice of French scholar Guillaume Budé and came to the Anderlecht commune. With his friend Pierre Wichmans, he stayed for several months in one of the houses by the collegiate church where canons lived. During his stay, Erasmus made a lasting impression, and, soon, the passing pilgrims started stopping by to visit the house where Erasmus once lived.

Today, Erasmus House is one of the oldest municipal museums in Brussels. In 2015, it celebrated its 500th anniversary. A tour of the house-turned-museum takes you through several rooms: the chamber where Erasmus stayed, a study with astonishing prints and paintings by Albrecht Dürer and Holbein, a Renaissance room with an ancient collection of paintings and Gothic sculptures, and a room with frescoes, where the first editions of Erasmus’ works are displayed. There is also a reading room containing thousands of rare early prints of other books owned by Erasmus.

The Gardens of the Erasmus House

At the rear of the house, there are two magnificent gardens. The medicine garden, designed by René Pechère, consists of 16th-century plants once used by Erasmus. Erasmus was rumoured to be a hypochondriac, and so he used a variety of plants to treat himself. In this garden, visitors can see around 100 medicinal plant species. The philosophical garden, designed by Benoît Fondu, hosts art installations from contemporary artists such as Bob Verschueren, Marie-Jo Lafontaine, Catherine Beaugrand and Perejaume. The garden invites the visitor to relax, meditate and reflect on the world around him. The garden was designed to inspire contemplation and philosophical discussions between friends.

Erasmus of Rotterdam was a versatile intellectual: a humanist scholar, a writer, a theologian and a teacher. His versatility is reflected in the cultural activities organised at the Erasmus House Museum. The museum hosts a variety of daily cultural events for adults and children, which remind the viewer about the life and legacy of the great humanist. Monthly music concerts with students from the Royal Conservatory of Brussels, quest games for children, leading to the discovery of Erasmus’ travels, and various expositions and Latin courses are also on the agenda. The museum also hosts an original play called ‘God, Erasmus and me’, featuring Ludwine Deblon. The artist and the amusing paper puppets showcase everything you need to know about Erasmus and his adventures.