The Best Places To Spend New Year's Eve In Belgium 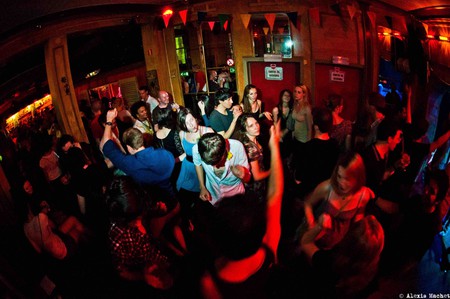 New Year’s Eve is celebrated with gusto in Belgium, and over time, every single city has developed its own signature touch to wrap up the year in style. Culture Trip takes a look at the best places to be on December 31st, from massive sing-alongs in Bruges to family-friendly outings on the coast, club hopping in Brussels and, of course, lots and lots of fireworks everywhere else.

In Bruges, the number of partygoers that karaoke their way into the New Year on ‘t Zand keep swelling. Huge crowds enjoy the giant sing-along event at the site of the medieval city’s monumental copper red concert building. Songs are in English and Dutch, and you can pick up the lyrics in the early evening from bars and tourism offices all over town. Though the music always stops around 1:30 am, at least one or two marriage proposals will have taken place on stage by that time, met with huge ‘whoops’ from the crowd. It’s becoming somewhat of a New Year’s tradition in what many consider a city as romantic as Venice. Those not ready to go home just yet can spill into the bars lining the square, which stay open until the wee hours, or the Vlamingstraat in the center, where cellar bars and cozy cafés await. 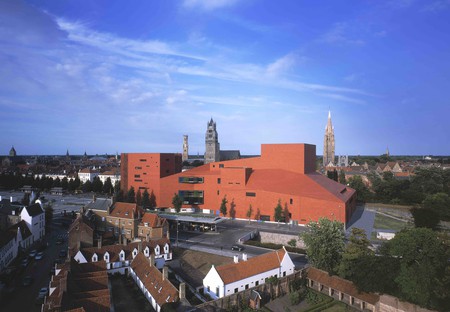 Underground Electronics & Fireworks Over The River In Antwerp

For two years now, thumping beats have been coming from underneath the tracks of Antwerp’s train rails. Ampere broke new ground when they became the first truly environmentally friendly club in the capital of cool, not to mention the fact that they brought a certain Berlin-esque underground sound with them. Their NYE festivities are always lit up by tons of international guests spinning the decks. A less alternative option that’s as old as the century we live in is Millennium Night on Antwerp’s revived dock neighborhood, Het Eilandje. Shake it all night long to 90s pop and dance classics, and after you’ve taken a little break, make your way to the docks and watch one of the most beloved fireworks displays in the land explode over the river Schelde. Other great spots to watch the magic unfold include the Het Zuiderterras or Linkeroever, the latter one being outside of the center but providing the Antwerp skyline as a gorgeous background. 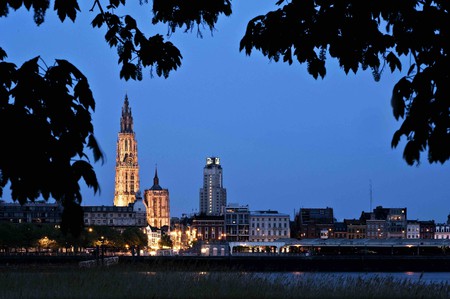 Q-Party For Every Age In Wieze

Another guaranteed crowd pleaser is Q-Music’s New Year’s bash, simply known as the Q-Party – no relation to the slang term. The radio channel has a reputation for throwing some of the best celebrations where 20-somethings to 40-somethings let loose together to the sounds of Q-Music’s resident DJs. The only downside is the party’s slightly remote location in the halls of Wieze, a town that’s about a 45-minute drive from Brussels in once direction and Ghent in the other. The upside: by seven in the morning, when the party winds down, buses should be up and running again.

Family Fireworks And A New Year’s Dip At The Seaside

The ‘Queen of the Bath Cities’ couldn’t possibly go without her very own grand display. Thousands of firework lovers flock to Ostend each year, a lot of them families young and old. Layer up against the chilly seaside wind when you join the celebration on the boardwalk in front of the Kursaal concert hall. As parents turn around to tuck their tired offspring into bed, couples and groups of friends make their way towards the center and the Langestraat, where the bars and clubs welcome night ravens for a party with no tomorrow. Other seaside options include glühwein coziness and fireworks in Koksijde. The boardwalk of Sint-Idesbald will be decked out for a low-key ringing in of the new year with booths offering drinks, warm snacks and a bit of music before the fireworks start. Nieuwpoort tackles the countdown more energetically with a DJ firing up the party animals on the main square before the ‘oohs’ and ‘aahs’ come into play. The day after, there’s the traditional New Year’s Dive, during which over 5,000 daredevils will sober up by diving headfirst into the frosty North Atlantic. 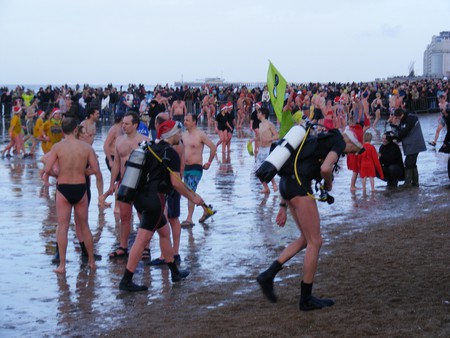 Fireworks And Club Hopping In Brussels

The entire center of Brussels is traditionally abuzz during New Year’s Eve, with the Place de Brouckère shooting off what might be the fireworks show to beat from a rooftop behind a large billboard, Times Square-style. Families and fans of a relaxed evening with food and drinks usually land at the capital’s sprawling Christmas Market, while others head off to the giant open-air party on Europe’s largest pedestrian square or opt for a so-called ‘club crawl.’ There isn’t a famed club in Brussels that won’t gear up for a party, so why not enjoy a mix of techno, R&B and 80s as you hop from one location to the other? You might even make some new friends who’ll join you on your journey through the night. Find an overview of promising parties here and a list of the free buses that’ll be driving around from midnight to about five in the morning here. 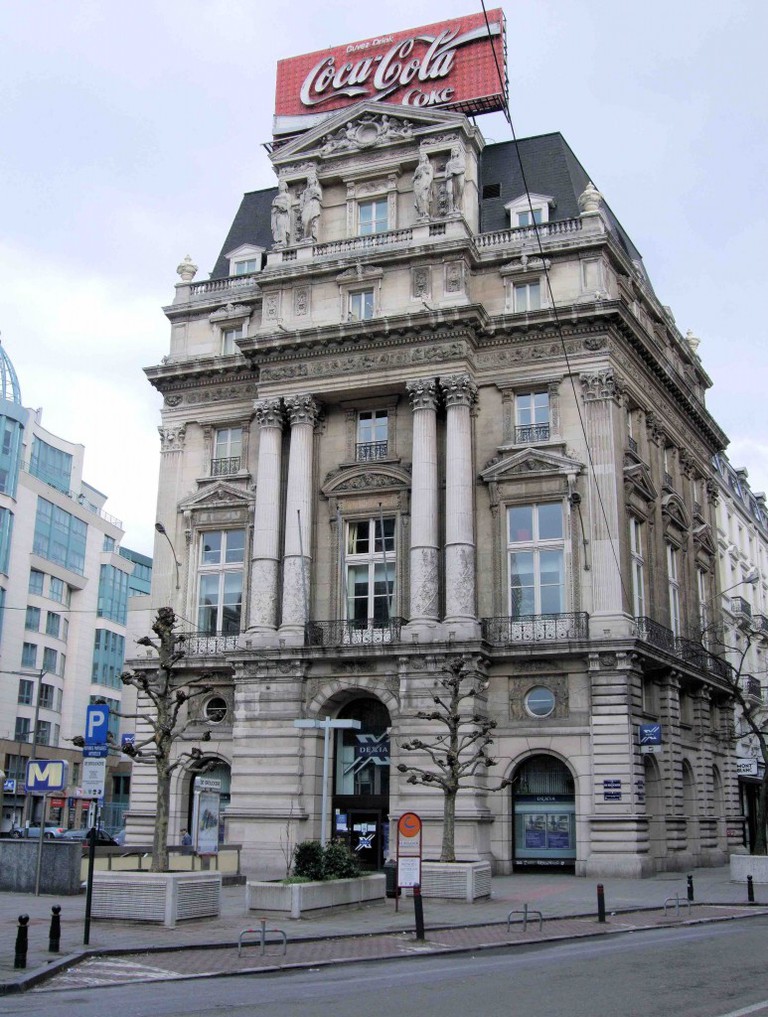 The square nicknamed ‘the longest bar in the world’ thanks to its rows upon rows of student pubs will be filling up in no time for Leuven’s legendary countdown. The live music at the Oude Markt stops after the fireworks, but the light show carries on, not to mention the dozens of pubs at your fingertips that stay open until the wee hours of the morning. Make sure to claim your place on party central early because the large square fills up surprisingly fast. 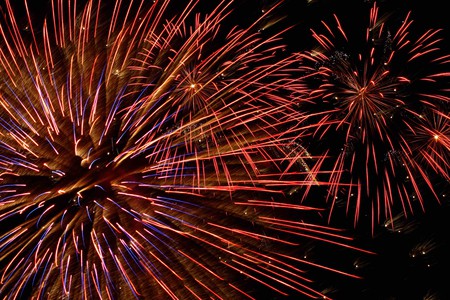 Ghent usually starts to liven up just half an hour before the clock strikes 12. It’s only then that the locals come out of their private party nests to hurry to the Portus Ganda, the city’s yachting harbor and a magnificent spot to watch the fireworks reflected in the water. Bring your own bubbly since there won’t be too many bars open nearby and wish your neighbor a happy New Year (Gentenaars are a friendly bunch). There’s no giant open-air event but a smattering of venues such as old textile factory ArtCube, arts center Vooruit and the Vlasmarkt square with its many pubs – including alternative music hot spot Charlatan – all of which are staples for further NYE fun. 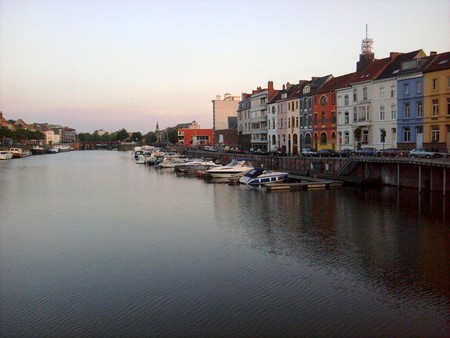 Portus Ganda | © Simon/Flickr
Give us feedback