The Best New Musicians From Belgium 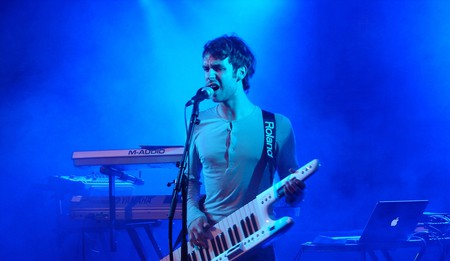 Considering Belgium’s tiny size the country has yielded an inordinate amount of innovative talent of late. As a new generation of Belgian musicians graces the horizon, here is Culture Trip’s pick of the shiny fresh rappers, exciting jazz collectives and electronic music experts you’ll want to keep an eye on.

Belgian solo projects nowadays all seem in need of a name other than that of their main star: Oscar and the Wolf for Max Colombie, WWWater for Charlotte Adigéry and Pomrad for musical jack-of-all-trades Adriaan Van de Velde. Keytar, talkbox and synthesizer are the producer/performer’s weapons of choice when creating infinitely funky instrumental tracks that reverberate through the body long after the music dies. This autumn Pomrad is taking his debut album Knights to neighbouring France and Germany so they can start enjoying his colorful contribution to the world of European dance, too.

Woodie Smalls aka Woods aka Sylvestre Salamu emerged in the fall of last year with Soft Parade, an album that hit the Belgian rap scene in the face with a baseball bat. While most of the country’s rap artists will stick to the language or dialect of the streets they grew up in (think Antwerp’s Tourist LeMC or Brussels’ Stromae), Smalls is thinking big. Notorious B.I.G. big, to be precise, as his stage name would imply (a play on Biggie Smalls). With lyrics in English, a summer-y West Coast flow and the ability to pull songs like ‘About the Dutch’ and ‘Champion Sound’ out of his hat before the age of twenty, ‘Imma travel the world’ might prove a very accurate lyric.

Slowly making its way into a brighter spotlight is WWWater, the solo project of Charlotte Adigéry. Called up at the last minute to replace The Japanese House at Pukkelpop festival this previous summer, the jovial 25-year old from Ghent – previously known for her work with Baloji and Arsenal – showed up with an energized band, a rich voice and tons of nifty electronic flourishes. Adigéry made her first big footprint by becoming the surprise revelation on the Belgica film soundtrack with ‘The Best Thing’, but it’s the growing potential and original sound of WWWater that has music-loving Belgium on the edge of their chairs for the group’s imminent full-fledged debut.

It’s hard to know what exactly the fellows in Brussels band Robbing Millions are going for, but that may be just their point. Almost as genre-defying as that other psychedelic Belgian jazz band STUFF., Robbing Millions mixes indie pop, rock, jazz – you name it – into one ball of melodious energy that explodes on a live stage. With a band name inspired by the great Robin Williams, it’s no surprise that their music video aesthetic is of the ‘homemade quirk’ variety and that a hyperkinetic cheeriness weaves its way through their best work.

Listen to a catchy indie song by the new generation of Belgian artists on the radio and chances are Jasper Maekelberg had something to do with it. The seemingly ubiquitous twenty-something producer and multi-instrumentalist from Ghent has been blessed with the Midas touch, turning his own projects (Faces On TV, Amongster) as well as those of others into alternative and commercial gold. Runaway hit ‘Goud’ – quite literally translated to ‘Gold’ – by 2016’s revelation Bazart is one such shining example. Besides playing sound architect for the likes of Jonathan Jeremiah, Trixie Whitley, Gabriel Rios and Douglas Firs, Maekelberg has proven himself to be a gifted musician in his own right as fellow frontman to Faces On TV and current band member of Warhaus.

From violinist with School is Cool to a stellar vocal performance on the soundtrack of Edil el Arbi and Bilall Fallah’s film Black, Tsar B is a name that’s been swirling around the Belgian indie scene for a while now. Making Justine Bourgeus’ solo project stand out from the crowd is the eastern-infused debut album Myth, with inflections of the orient shining through from the first track to the last. Bourgeus prefers to do her ethereal thing on a heavy seductive baseline; the slower the better. All very dark, soulful and sensual, and just the kind of thing that causes Belgian critics to crown one R&B queen in waiting.

Even before their new live set Hybrid Love the consensus of music-loving Belgium was that STUFF. has brought together five of the most gifted young musicians in the country today. One of many signifiers of this is the band’s tendency to improvise live on stage, not in a solo by drummer prodigy Lander Gyselinck, but as a unit. If they stick to their experimental guns STUFF.’s mishmash of pop, funk, hip-hop, soul, and jazz may remain too inaccessible to attract massive crowds, but then again that’s hardly what this Ghent-Antwerp collective is after.