The Best Neighborhoods in Belgium for Young Professionals

Het Eilandje | © Vesna Middelkoop / Flickr
Brussels, Antwerp, Mechelen, and Ghent – they all hold a particular appeal to young graduates who are building their careers but still crave a healthy dose of city fun. Whether an established urban oasis or a former ugly duckling, these diverse Belgian neighborhoods are more than worth looking into when searching for a new place to call home.

Filled with recent graduates who’ve developed an affinity for the lively neighborhood they partied in during their student days, Ixelles signals loud and clear that the capital’s young professionals crave diversity. With its African Matongé Quarter, upscale streets boasting Art Nouveau architecture, college campuses, café-dotted squares, cinemas, and ample eateries, this area packs everything needed for an urban life lived to the fullest. You’ll find a lot of people in their 20s and early 30s who are sharing and renting the townhouses and apartments across the ponds from cultural center Flagey. 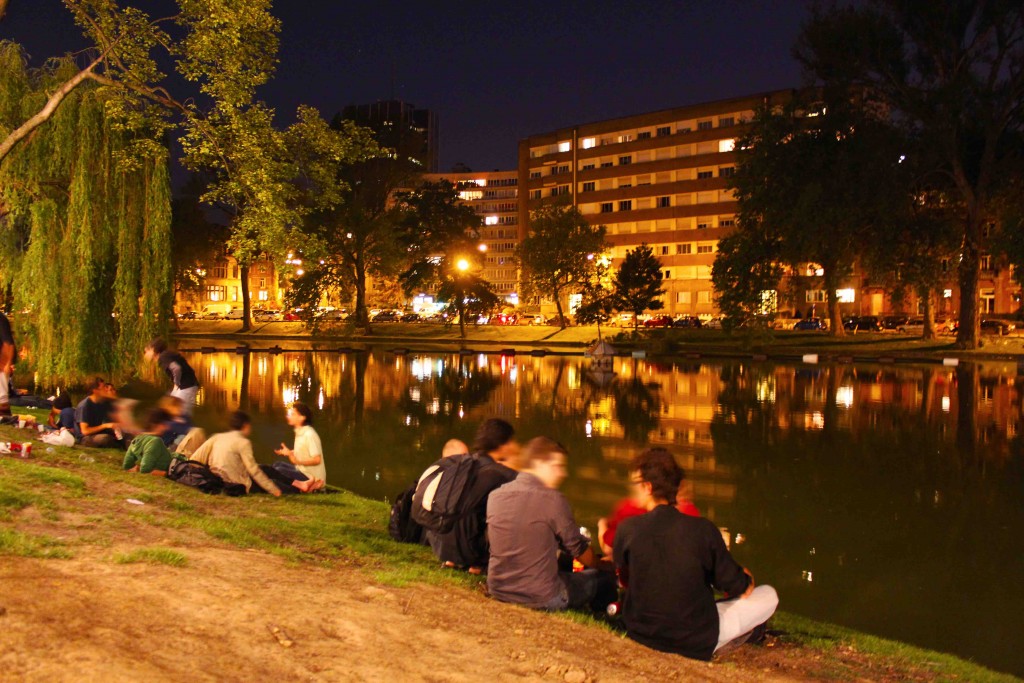 Market
Place du Jeu de Balle | Place du Jeu de Balle
Authenticity is the word you’ll hear most often to describe Brussels’ Marolles, and despite incoming influences from its well-to-do southern neighbor, Sablon, it has remained a largely blue-collar and poorer area. As for house prices, this translates into affordable places in a center district of Brussels, devoid of most luxuries (though vintage boutiques and trendy brunch spots like Pin Pon have started to take their place on Rue Haute, the Marolles’ principal artery). For a fine sample of the couleur locale its locals – also known as Marolliens – are intent on preserving, visit the Place du Jeu de Balle flea market. The charm of this century-old bric-a-brac heaven at the heart of the neighborhood radiates throughout.
More Info
Open In Google Maps
Brussels, Belgium
View menu
Visit website
Visit Facebook page
Send an Email
Give us feedback

Market
Parc Josaphat on a spring day | Parc Josaphat on a spring day
Schaerbeek often gets a bad reputation for the scruffy look of the area behind the North Station, but it’s an especially large commune, and those who take a look at the rest of it will discover a densely populated melting pot alive with cultural and foodie pleasures. Parts like Josaphat Parc and Plasky with their residential avenues contrast with its bustling streets lined with Turkish and Moroccan shops, the places to be for democratically priced household products. Saturdays are well spent at Les Ecuries van de tram – old stables converted into an indoor farmer’s market that hosts the occasional art exhibit. With the European Quarter just below, a lot of young eurocrats find a reasonably priced and stimulating home in Schaerbeek’s southern part.
More Info
Open In Google Maps
Brussels, Belgium
View menu
Visit website
Visit Facebook page
Send an Email
Give us feedback

Park
Mention gentrification to an Antwerpenaar and they’ll point you to Het Eilandje, the dockside neighborhood that recently went from zero to hero overnight. Now cited as the hippest place in Belgium’s entire capital of cool, ancient hangars have become artist headquarters and a gaggle of coffee bars has landed. Residential housing units are popping up fast, and young professionals with deep pockets might be able to afford an apartment with a view of the red sandstone giant that gave the impulse to it all in 2009: the MAS, a museum exploring Antwerp’s history as a hugely important European port.
More Info
Open In Google Maps
Eilandje, Antwerpen, Vlaanderen, Belgium
View menu
Visit website
Visit Facebook page
Send an Email
Give us feedback

Park
Park Spoor Noord | © Dave Van Laere / Courtesy of Visit Antwerp
Always a bit of an outsider (and at one point the home to a leper colony), Den Dam, situated right next to Het Eilandje, has traditionally been an overlooked neighborhood of dock workers. A game changer popped up in 2009, though, when the old railway yard that bordered it was transformed into the 24-hectare Park Spoor Noord, now an unmissable green lung to the whole city in the summer months. The summer terrace bar, playful fountains, and outdoor barbecues have brought a fresh impulse for young families and couples to settle down at Den Dam, and slowly but surely, a bright, multicultural neighborhood is starting to take shape.
More Info
Open In Google Maps
Antwerp, Belgium
View menu
Visit website
Visit Facebook page
Send an Email
Give us feedback

If money isn’t really an issue, laid-back Zurenborg on the southeast side of the historic core should be a strong contender for any young professional or family. One of Antwerp’s loveliest neighborhoods, this Belle Epoque quarter offers a delightful combo of quirky mansions, vibrant squares, and a diverse crowd. Despite the touristic appeal of its jaw-dropping Cogels-Osylei, its charming avenues are peaceful at night as locals gather at the Draakplaats’ cozy restaurants or on the Dageraadplaats’ plentiful terraces. 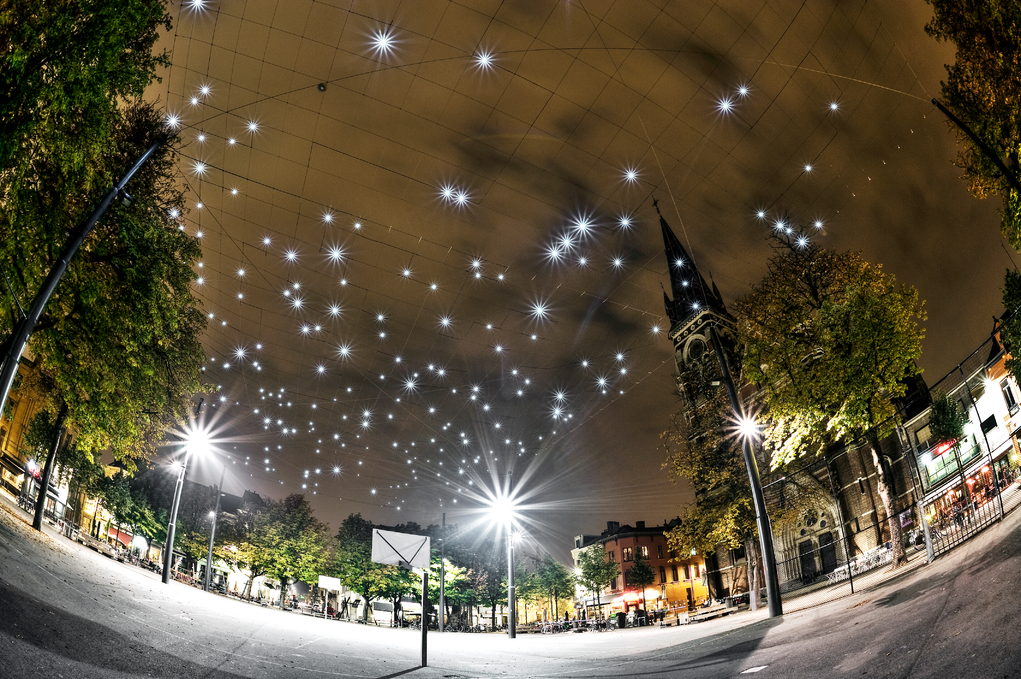 Not a neighborhood but a smaller city in the Antwerp province, Mechelen is going against the Belgian trend by actually having its population get younger instead of older. The influx of burgeoning professionals and young families has been picking up steam for years, bolstered not just by its central location and great railway connection to both Brussels and Antwerp but also by the low crime rate and welcome policies of the popular mayor, Bart Somers. Holding onto his seat for over 15 years now, Somers has earned international praise for turning what he has called the “Chicago by the Dijle” of the 90s into a growing hub that has learned to thrive on its diversity rather than cringe away from it. 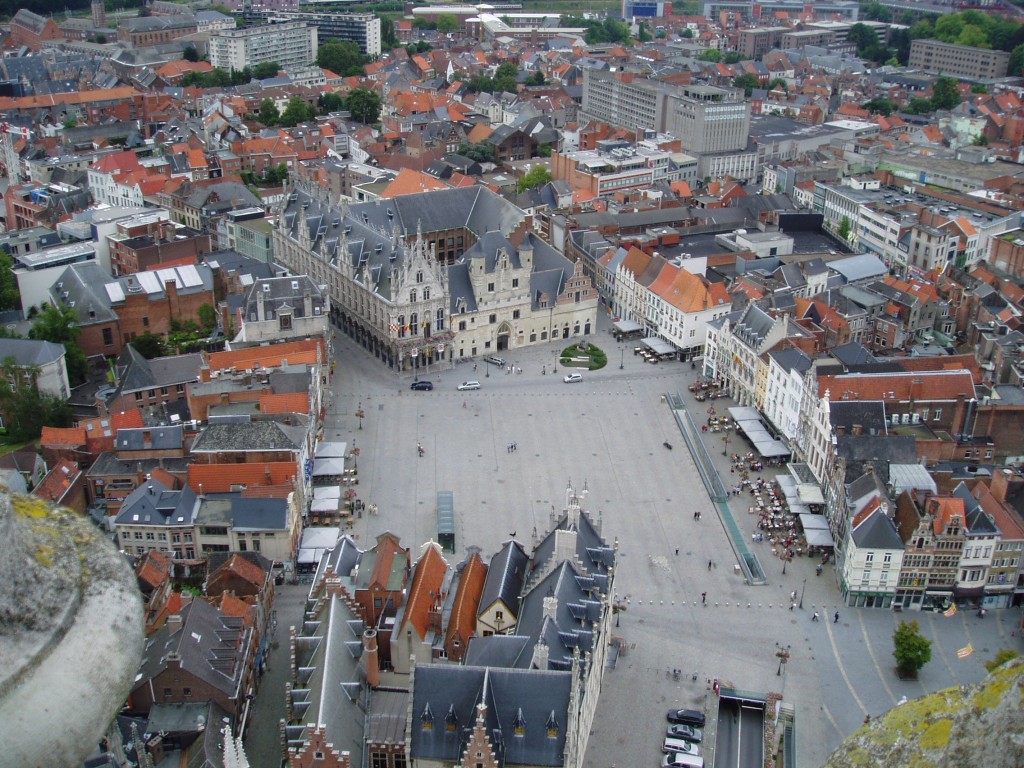 Environmentally conscious people are bound to fall in love with Ghent’s “bicycle first” policy, and the city’s commitment is all the more tangible at Visserij. The tranquil canalside neighborhood is known for having one of Flanders’ very first bicycle streets, where the steel stag always takes precedence and can never be overtaken by a car. Its tree-lined quays and old townhouses make for a pleasant residential nook not too far from the historic center. 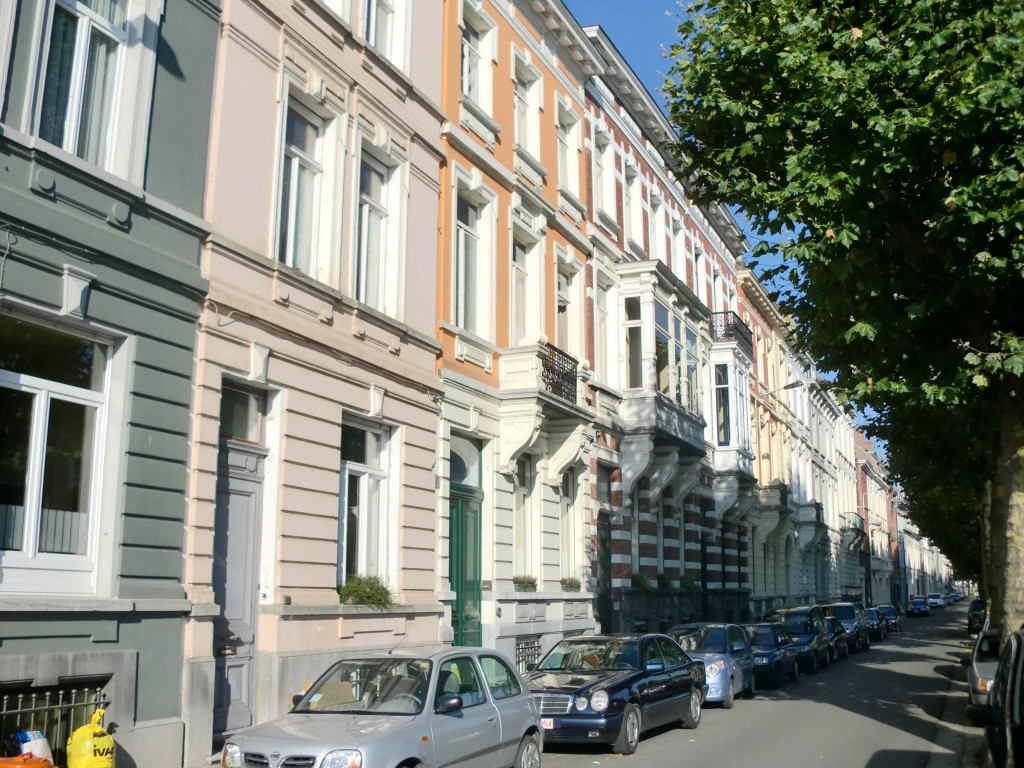