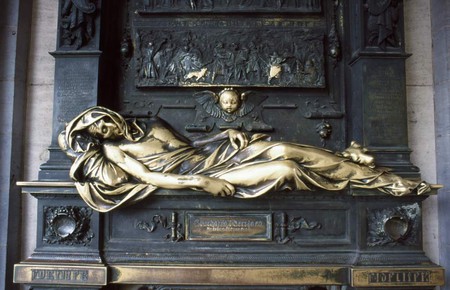 Belgium has no shortage of alternative names when it comes down to its cities and their residents. These pet names have interesting origins that range from scary to hilarious. Here are the ten best stories behind the funny, morbid and bizarre Belgian nicknames.

In the 16th century, the residents of Ghent openly revolted against Holy Roman Emperor Charles V, due to his high taxes. During this revolt, several guilds took over the city and ripped the Calfvel apart – a document that restricted a great amount of privileges for Ghent. Not ignoring this public act of treason, Charles V visited his old hometown in person, accompanied by a huge army.

In the aftermath, 25 people were executed and the leaders of the rebellion were forced to do a historic walk of shame through the city. They had to do a procession to the Prinsenhof, where they had to beg the emperor for mercy. In this procession, there were 30 laborers who had to dress in a simple white sheet with a noose around their necks. This procession is commemorated every year during the Gentse Feesten. 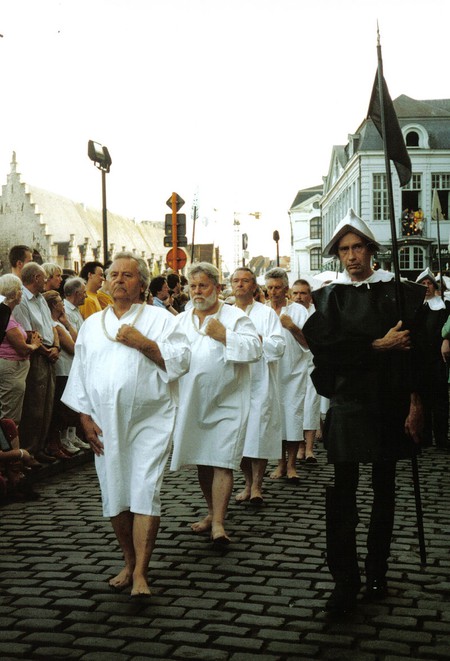 This creepy name has an even creepier background story. The castle of Tergnée-Farciennes had its own chapel, which was demolished in the 19th century. During the demolition, the graves of former inhabitants were uncovered – the family of Count Charles Batthyany who lived in the castle during the 16th century.

There was something most unusual about the bodies. They were all impaled in the chest, with such a force the stake went through the bottom of the coffin. No one can say for sure why. The bodies have been lost, along with all the possible answers. Only one clue remains – one of the stakes. To add to the mystery, the stake has the Greek symbol omega and a ‘3’ carved in it. 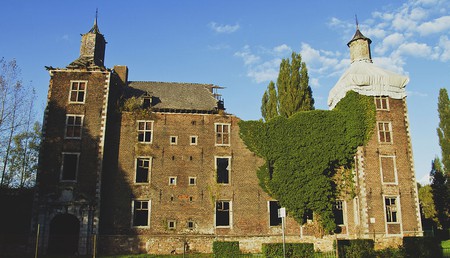 The States of Brabant replied that they wouldn’t allow it in a rhyming answer, “Even if you were lords and we were gents, the market of Zichem will never happen” (it sounds better in the original old Flemish). The nickname was made famous by a TV show in the ’60s, and the name is still well known today, even though Zichem now does have its own marketplace. 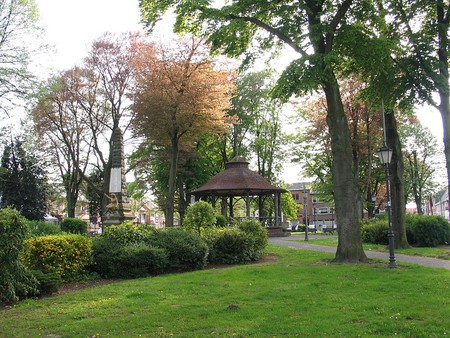 The marketplace in Zichem | © Wiki Commons

No, the Leuven residents did not shoot cows from their catapults. It would have made a hilarious piece of history, but the truth is a bit more credible. During a French siege in 1619, the nervous Leuven residents saw movements outside the city gates at night. Believing the movements to be French soldiers, the city opened fire. At dawn, their terrible enemy turned out to be a pack of harmless cows. Ever since, the Leuven residents are named the Koeienschieters, the cow-shooters. 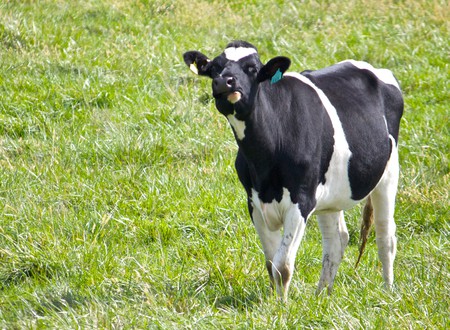 During the Middle Ages, Holy Roman Emperor Maximiliaan I had been held captive in Bruges for four months. This happened during Bruges’ fight for more autonomy. After the whole ordeal, Maximiliaan understandably did not much like Bruges, taking away the city’s rights to hold fairs.

To appease Maximiliaan, the city held a big party in his honor, and after the festivities, the emperor was asked to allow fairs again and give Bruges the right to collect taxes. The citizens also asked the emperor to allow the city to build a madhouse, to which Maximiliaan answered “Close all the city gates and it is a madhouse.”

This is why the residents of Bruges are called the Brugse zotten, which more or less translates to “the Bruges fools”, or “the Bruges crazies.” It’s also the name of the city’s beer. 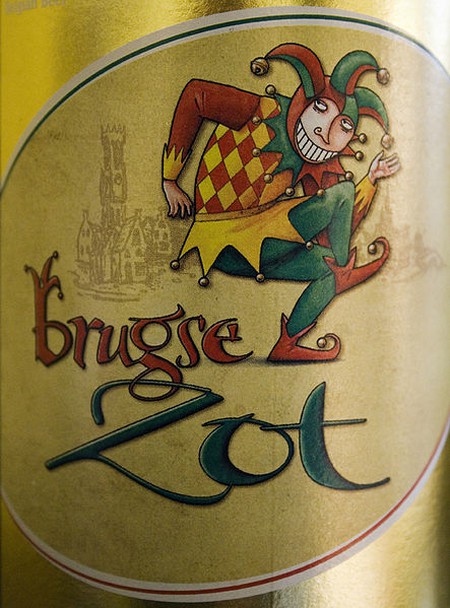 The 18th century was a time of great unrest in the city of Aarschot, with a high crime rate. A night watch was established, but the members of the watch in reality preferred to spend their time drinking beer in the pubs. The angry residents then asked the night watch to stomp on the cobblestones when walking around the city. The wooden shoes they wore made a lot of noise, and everyone who heard the noise would be satisfied knowing there was a guard nearby.

Another story states how the guards themselves chose to stomp around town. This way, they could have fun and relax in a pub. When they heard the other guard approach, they knew it was time to switch places, and the city residents were none the wiser. 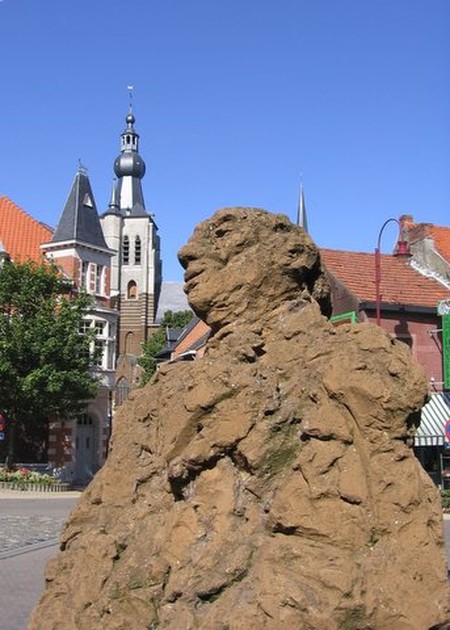 In the 19th century, the city did well in the onion business, which quickly earned them this nickname. The nickname stuck, and the city is proud of it. During the annual carnival held in Aalst, onions are thrown at the public. 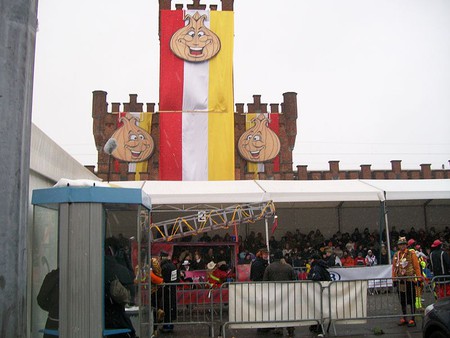 The Aalst railway station during the 2010 carnival | © Wikisid/Wiki Commons

The origin of these nicknames lie with the Spanish occupation of Antwerp, during the Eighty Years’ War. Both words derive from Spanish and were turned into a Flemish version that now carries a different meaning. Sinjoor derives from señor and is now used as a nickname to describe an Antwerp resident whose parents were also born and raised in the city. Some are stricter and only call you a Sinjoor if your forefathers were Antwerp residents, while others say you can only be a true Sinjoor if you’re born between the neighborhood De Leien and the river Scheldt.

A Pagadder originates from the Spanish word Pagador, someone who pays the bill. During the Spanish occupation, this was the term for people who were too small to take part in the fighting and paid the Spanish their wages instead. Now, this is a loving pet name for children. A Pagadder is also the name for Antwerp residents whose parents weren’t born in the city. 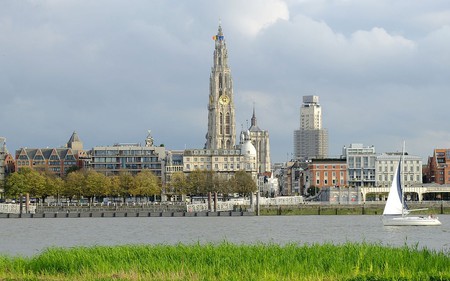 On the night of January 27th, 1687, the alarm bells of Mechelen were rung and the entire city was in a state of panic. The tower of the St. Rumbold Cathedral was on fire. The mayor scrambled to organize a way to extinguish the fire while the sleepy residents of Mechelen ran out of their beds and towards the cathedral to help. Ladders were assembled, buckets of water filled and passed on to save the cathedral.

But the tower was, in fact, not on fire. A thick mist surrounded the tower and the moonlight created an unusual orange color. A man who left the pub in the middle of the night saw this and concluded the tower was on fire. By the time the buckets of water had reached the top of the tower, the moon had moved and the embarrassed residents had to admit they had been fooled by a drunkard.

This story spread as wildfire through Flanders, temporarily making Mechelen the laughing stock of the region. But the people of Mechelen, in that typical self-deprecating Belgian sense of humor, found it pretty hilarious themselves and kept their silly nickname. 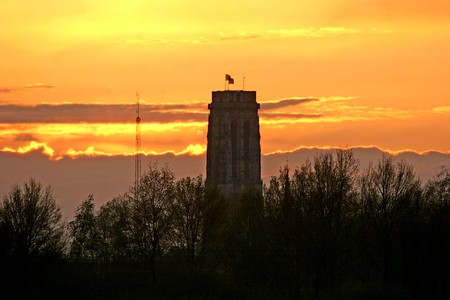 Like most legendary stories of Brussels, this tale has more than one version. The first story refers to historical figure Everard T’Serclaes. He had been ambushed by followers of Sweder, his enemy and the lord of the castle of Gaasbeek. They cut off his tongue and wounded Everard who died a few days later. Furious, the Brussels’ knights attacked the castle of Gaasbeek. It took them several weeks, and storming a castle apparently gives you an appetite, as it is told the knights gobbled up a great amount of chickens during the siege.

Another story originates from the battle of Baesweiler, as written by Jean Froissart. The Brussels knights, led by Wenceslaus I of Luxembourg, were attending a mass when the enemy, William II, Duke of Jülich suddenly attacked. This is where the report gets interesting – the Brussels knights were so packed with food, they couldn’t fight back. Froissart describes how they had bottles of wine hanging from their saddles and carried fish pastries packed in fancy napkins. Both are funny stories, but the Brussels knights at least had their priorities straight. After all, inhaling large amounts of delicious food is a proud Belgian tradition.