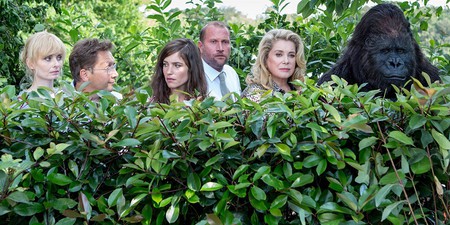 Brussels, the home and birthplace of some of Belgium’s most renowned directors, has inspired some of the country’s most representative films — take these five, for example. 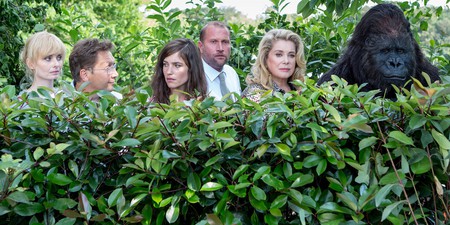 A big name in art-house cinema, Chantal Akerman passed away in October 2015. With the death of Belgian’s most revered feminist filmmaker, the picture that brought her international acclaim was brought back into the spotlight once again. Delphine Seyrig is magnificent as a mother and housewife who goes about her daily domestic tasks, occasionally letting men into her Brussels apartment and bedroom to stay financially afloat.

The monotony with which her day-to-day routine is shown over 200 minutes gives the film a meditative quality. After an initial adjustment period, we are engrossed by Jeanne’s world. Akerman’s approach has us strolling right next to her as she walks the same Brussels streets every day. By the end we have come to know Jeanne’s behavior so well, so intimately, that every slight disturbance in her carefully constructed ritual sets off alarm bells.

Seemingly innocent hiccups such as overcooking potatoes become signals to the gradual psychological unraveling of the otherwise straight-faced housewife. Jeanne Dielman is a masterpiece of subtlety – at least if we discount the rather shocking ending – by one of Belgium’s true auteurs.

Rock journalist turned director Marc Didden went knocking on the door of Rock Werchter’s Herman Schueremans for the financing of his debut feature, with which the mastermind behind one of Belgium’s best and biggest music festivals happily obliged. Shot with a limited amount of funds, Brussels by night would go on to have a huge impact on the country’s movie scene in the 1980s. A far cry from the more conventional films that came before it (usually adaptations of classics in Flemish literature), Didden’s raw and gritty look at Brussels gave shape to the city film as a revived genre.

Dislikeable protagonist Max, an assassin suffering from severe depression, experiences his existential crisis with the capital as the background. Drenched in a melancholy tristesse and with a title track by Raymond van het Groenewoud, Brussels by Night felt more contemporary at the time than anything that came before it. Keep an eye out for a stunning shot of the Ronquières inclined plane during the climactic scene. If there’s a movie to be found in which Brussels almost feels like a character in its own right, it’s this one.

Whether its title has something do with it – The Sexual Life of Belgians 1950-1978 – is anyone’s guess, but Jan Bucquoy’s six-part satire proved to be an immense hit at the box office. Rather than taking a look at the actual sex life of the average Belgian however, the imminent provocateur opted to put his own sexual development up on screen instead.

Similar to cartoons he drew in the late 1980s, the main figure is an exaggerated version of Buquoy himself who desperately tries to come to terms with the world surrounding him but is held back by a deep-seated provincialism. The director continually mocks this very Flemish quality with a sense of humor that is biting in its accuracy one moment and soft in its nostalgia the next. In an attempt to open up his mind and escape his rural upbringing, Bucquoy’s alter ego moves to Brussels where he explores the cafés and seeks a new kind of sexual liberation.

Switch out Verona’s Capulets and Montagues for two Brussels street gangs and you’ve got a modern Belgian retelling of Romeo and Juliet. Director duo Adil el Arbi and Bilall Fallah had wanted to pay homage to their home town for their debut feature, but copyright issues over Dirk Bracke’s young adult novel (the basis of the movie) prevented them from initially carrying out this project. Nevertheless, things worked out eventually and the end result is a tribute to the multicultural melting pot that is Brussels.

As 15-year old Mavela gets sucked deeper into the world of The Black Bronx, a Congolese gang from the Matonge quarter, she also falls head over heels for smooth talker Marwan. It’s a love that spells disaster from the start since Marwan is a member of 1080, the rival Moroccan gang. Black shows a harsh environment in which group rape and street violence are the reigning order, juxtaposed to the blossoming of an innocent first love. El Arbi and Fallah took a page from the classic action movie playbook for the more dynamic sequences, visualizing the vitality of the city through heart-pounding chases through its streets and subway stations.

First there was nothing. And then there was Brussels, with giraffes walking through the streets before God decided to create Adam and Eve to give the place some human inhabitants. Belgium’s most surrealist filmmaker Jaco Van Dormael depicts God living in a depressing apartment in the nation’s capital along with his downtrodden wife and spirited daughter, Ea. Far from a benevolent deity, he spends his time thinking up cruel laws of nature to torture mankind for the sake of his own entertainment, such as the fact that jam sandwiches will always fall on the buttered side (no exceptions).

Ten-year old Ea soon gets sick of her not-so-holy dad’s antics. After hacking into her father’s almighty computer and texting everyone on earth their date of death, she escapes. Ea roams the streets of Brussels in search of a group of six apostles to help her create her own testament. The band of misfits she gathers includes among others Miranda (a surprising appearance by Cathérine Deneuve), a woman of age who finds love and happiness with a massive gorilla. Van Dormael’s delightfully absurd comedy has received praise for its particularly Belgian feel and made the shortlist for Best Foreign Language Film Oscar.