The Best Cycling Routes In Belgium

Peaceful farmlands and stretched-out nature reserves make the Belgian countryside ideal for biking trips. And since the small country likes to show off its Burgundian side as well, beer and food-themed cycling tours are a given.

One that lovers of Belgian beer will cheerfully embark on, the Gouden Carolus route has been named after a special brown brewski with international bravado. Starting at the Mechelen brewery of Het Anker, where this malty classic with caramel hints is made, first order of business is of course a sampling. Next, perhaps feeling a little more wobbly, the cycling path that leads to the city’s historic béguinage and the Palace of Margaret of Austria. The towpaths next to the rivers Nete, Zenne and Rupel lead to beautiful nature reserves in the wider Mechelen landscape. Finally you can quench your thirst after finishing the tour with a stiff drink at the Molenberg Whiskey Distillery. 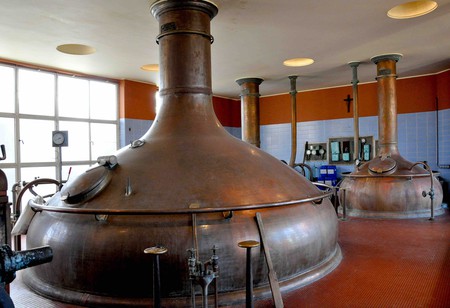 Following the arch-shaped front line of the Ypres Salient, the Peace Cycle route digs into the stalemate at the Ypres area during the Great War. Starting at the market square that’s home to the In Flanders Fields war museum, the tour is filled with gripping reminders of the area’s historic battles, as you cycle past stretched-out military cemeteries Tyne Cot, Soldatenfriedhof and Essex Farm. This latter one is the spot where Major John McCrae famously composed his In Flanders Fields poem after the death of a lieutenant friend. 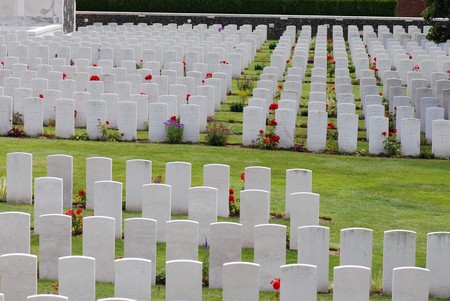 The shortest route on this list but also the most art-packed is Ghent’s Concrete Canvas Tour, showcasing exactly why the charming canal city is a preferred artist hub. Over 50 artworks feature in this urban cycling tour, taking you to graffiti hot spots such as the Grindbakken – a whitewashed industrial site – and ‘The Virgin,’ a small oil painting on a slab of concrete by the esteemed Michaël Borremans. Since most street art is anything but permanent, the tour might very well have changed the next time you feel the biking jitters coming on. 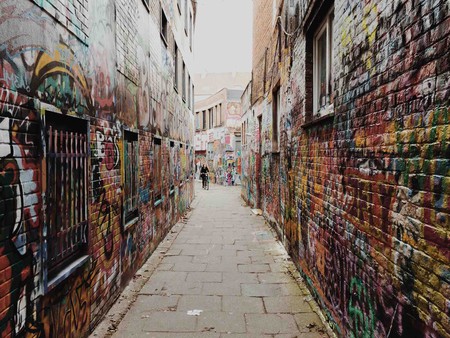 Ghent's Werregarenstraatje is known as 'graffiti alley', an ever-changing canvas for the city's artists | © Eivind Birkedal/Flickr

The countryside around medieval merchant city Bruges isn’t just overflowing with picturesque villages, it’s also home to a stunning array of castles and aristocratic holiday mansions. Particularly the triangle formed by Bruges, Torhout and Oostkamp is bursting at the seams with grand châteaus – from the perfectly preserved Loppem Castle to a bona fide English Tudor-style palace complete with a herb garden in Beisbroek. Mazes originally designed for royal offspring at the Loppem Château and a fairy tale scavenger hunt at Wijnendale Castle make this tour ideally suited for a day of family fun. 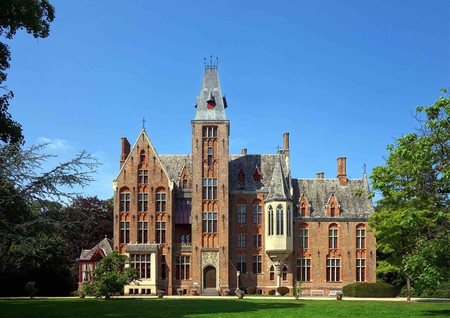 A cycling path so rich in culture and nature we devoted an entire article to it. The capital’s so-called ‘Green Walk’ is a chance for Brusselaars to escape buzzing city life and spend some time in nature. Absolute highlights are the Woluwe Valley and its gorgeously landscaped parks and the Sonian Forest, the last remaining part of ancient woods that once formed a natural divide between Gallic tribes and the Romans. 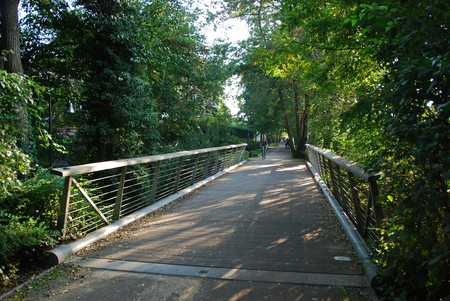 The Belgian Burgundian nature floats to the surface even when it comes to sporty activities. In the farmer area of the Kempen in greater Antwerp, it’s possible during spring and summer to take a foodie approach to cycling. The city Hoogstraten and surrounding communities have outlined a culinary path, where you have to part with your ‘steel stag’ multiple times to take a seat in various cafés and eateries where you’ll enjoy the local cuisine. If the anticipation of a separate gourmet entrée, main dish and dessert isn’t enough to get you peddling, we don’t know what is.