The Best Chocolate Tours in Belgium 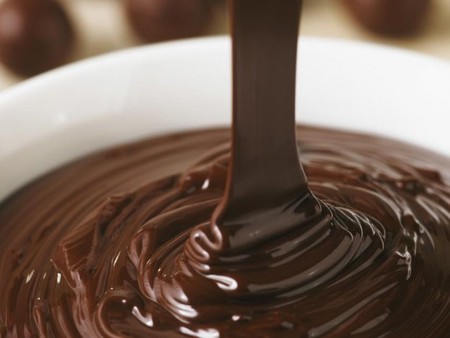 Centuries ago, Belgians took the luxury product their Spanish occupiers brought with them and turned the cultivation of this sweet treat into an art form. Over time, the word combo “Belgian chocolate” has come to signify indulgence of the highest quality, and participating—and sampling to your heart’s content—during these tours will make it abundantly clear why.

Also worthy of a mention in our best guided walking tours list, Global Enterprises’ Chocolate Walking Tour and Workshop combines equal parts chocolate indulgence and Belgian gastronomic history. Kicking off at the world’s first Godiva store, established amidst the ancient guild houses of the Grand-Place in the ‘20s, the tour explains how Belgium earned its reputation as the top cultivator of the cocoa-based treat. After learning that the praline was a local Brussels invention—we can thank Jean II Neuhaus and his pharmacist grandpop for it—you’ll get to try one, along with many others at the capital’s most renowned chocolatiers. Next, it’s onwards to the workshop, where you will learn how to make the praline of your dreams, filling and all.

Duration: a little over 4 hours

The Beer & Chocolate Tour by The Brussels Journey

You might raise a crinkled brow at the mention of a tour mixing chocolate and beer. However, let’s remember Belgian craft beers are nothing like your run-of-the-mill cheap lagers, and we’re actually talking about combining two of Belgium’s finest, most famous specialties here. Moreover, the chocolate and beer tastings are two separate affairs, starting with the sweet and ending with the bitter. With an intimate group, you’ll go from rich, sometimes exotic-flavored pralines—how about a hint of chili with that chocolate—in sumptuous chocolatiers to abbey brews in some of Brussels oldest pubs. Expect things to become more jolly as the day progresses and guide Marie Theys has introduced your taste buds to at least six different drinks, from Trappists to Triples to seductive blondes and hyper-local Lambics. A Chocolate & Beer Bruges spin-off is currently in the making.

Driven by a love that led him to praline-making on his kitchen counter in Ostend at 20 years old, Hans Burie became Antwerp’s most revered chocolate name when he moved his business to the port city in 1962. While passersby coo at his monthly changing extravagant shop windows—think a lifelike chocolate Anaconda, an edible pair of swans or a delectable White House—the real magic, as always, is to be found behind the scenes. One-hour group tours of their atelier reveal Chocolatier Burie’s artisanal methods, now carefully watched over by Hans’ son, Lieven Burie, who took over the family business at the turn of the millennium.

A Chocolate Adventure by Culinary Walks

Stepping in the trail of a self-confessed “master candy buff,” A Chocolate Adventure in Antwerp is just that. During the walk, it’s explained how wealthy Antwerpenaars and Belgians developed a liking for the treat brought along by the Spanish conquistadores, so much so that emulating it with the cacao beans brought in directly through the port became a high-end industry of its own. The craftsmanship and creative innovation Belgians have brought to the chocolate table gets emphasized by frequenting one candy temple after another. Later, a meal of Antwerp-style “Mole Poblano” with a dark, Belgian chocolate-based sauce is served. For dessert, guests are treated to a shot of Dominique Persoone’s “chocolate shooter,” a reimagining of the 19th-century snuff machine. In a wink back to cocoa’s bourgeois past, Belgium’s most illustrious chocolatier (more on him later) has transformed the Victorian gadget to catapult a couple of grams of cocoa spice up your nose, for as pure of a chocolate experience imaginable.

Museums abound in historic Bruges, and Choco-Story is about the most delectable, give or take your personal fondness for Belgian fries—that other national specialty that boasts its own, and world’s only, museum in the “Venice of the North.” Run by the same family, a combo ticket to both foodie destinations sets you back €13.

Choco-Story tells the sweet’s tale from its Mayan beginnings to its modern European incarnations, with special attention given to the growing and handling of the product. Expect a thorough dip into chocolate’s world, ending with a demonstration, a sample, and, on Saturdays, a workshop. Chocoholics can bask in the afterglow at the museum’s Choco Jungle-Bar, the museum’s café, located five minutes down the road, serving flavored hot chocolates and traditional Aztec and Mayan drinks.

When in Bruges, guide your own feet to Dominique Persoone’s The Chocolate Line. Inventor of such goodies as the chocolate lipstick, chocolate massage cream, and the previously mentioned chocolate shooter, Persoone has been made a member of Heston Blumenthal’s The Fat Duck think tank for a reason. Belgium’s madcap chocolatier has his flagship store in Bruges, which offers both traditional hazelnut and caramel chocolates as well as outrageous combos like bacon, wasabi, cauliflower and fried onion. While shock and awe is a definite part of The Chocolate Line’s ammo, so is attention to craft and honest ingredients, qualities both on display in the shop’s open atelier.