The Best Castles To Visit In And Around Brussels 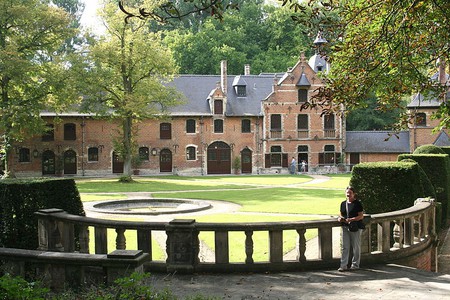 Small as it may be, Belgium has a tons of things to see, and one of them is its castles. Some of them are older than the country, some more recent. Nonetheless, they all offer unprecedented insight on the country’s rich history. We’ve gathered a small list of castles in the Brussels area, and you may well be surprised to discover that not all of them were built for royalty…

Located in Auderghem, the Val Duchesse Castle (Kasteel van Hertoginnedal in Dutch) is a former priory built by Adelaide of Burgundy, Duke of Brabant Henry III’s wife. Though the priory has known many perils and fire, it was closed and demolished in 1796 as an aftermath of the French Revolution.
Thanks to exchange broker and vice-consul for Norway Charles Dietrich, who bought the estate in 1903, the Val Duchesse Castle is the true beauty that it is today. Dietrich restored, extended and refurnished the castle with expensive taste, remodelled the park and had the priory reconstructed with the help of architect Albert Roosenboom. Dietrich later donated the estate to the Royal Trust in 1930, which made the castle available for an intergovernmental conference. The meetings held here in 1956 and 1957 and presided over by Paul-Henri Spaak, Belgian Minister of Foreign Affairs at the time, led to the preparation of the European treaties signed in 1957. These were of major importance as they founded the European Economic Community and Euratom.

Built in the 1780s, the Belvédère Castle is located in the royal domain of Laeken, Brussels and serves as King Albert II and Queen Paola’s residence. The castle was purchased by King Leopold II in 1867 for his sister, Empress Carlotta of Mexico. As she decided to live in Tervuren instead, the Belvedere was left empty for some time. When a fire broke into the Palace of Laeken in 1890, King Leopold II and Queen Marie-Henriette were forced to move to Belvedere while the renovation work took place. When they returned to the Palace in Laeken, the Belvédère passed on to become the residence of Princess Clementine, his youngest daughter. When she married, she left and the palace served as a pace to host members of the royal court. In 1958, the chateau was used to showcase various exhibitions during the World Expo event. It then became the residence of Prince Albert and Princess Paola. They decided to remain there after his accession to the throne, clearly breaking with tradition of residing in the Royal Palace of Laeken.

Also situated in the Royal Domain in Laeken and built in 1725, the Stuyvenberg Castle was purchased in 1840 by the Belgian State. It is said that King Leopold I, the first king of Belgians, acquired the castle for his mistress Arcadia Meyer-Claret. She gave birth to their second son Arthur there. Bought back in 1889 by King Leopold II, it was later donated as part of the Royal Trust. Kings Baudouin and Albert II were born there as it became the home of King Leopold III and Queen Astrid in 1929. In 1951, after being empty for decades, the castle became the home of widowed Queen Elisabeth until her death in 1965. After that, the Stuyvenberg was used as a residence for visiting foreign dignitaries and heads of States. In 1998, Queen Fabiola, moved in and remained there until her death in 2014.

Built around 1100 on a hill (Coudenberg or Koudenberg means ‘cold hill’), the Coudenberg Castle has a long history. It was the seat of government for many counts, dukes, kings and emperors as a central and strategic position in the Duchy of Brabant, and was destroyed by fire in 1731. At that point, the castle remained abandoned for over four decades which costed it the nickname of the Burnt Court. In the 1770s, a project of renovating the royal district allowed for reconstruction of the castle. The garden turned into the Royal Park, which still exists today. The foundations and cellars of the castle were preserved and can still be visited.

Located in Ganshoren, the Rivieren Castle was built in the 12th century and served as a defence tower, as it was constructed at an elevation of 40 meters. The castle belonged originally to the Clutincks, a rich family of landowners and merchandisers. Though it passed through various owners, it was long left abandoned and it was only in the 19th century that it was renovated and restored. It was finally sold in 1973 and serves now as a venue for seminars, conferences, receptions and private events. 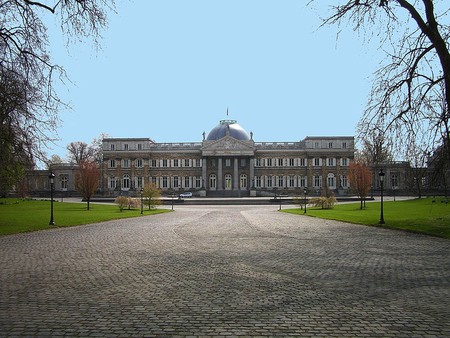 Built in Laeken between 1782 and 1784 by French architect Charles de Wailly, the Royal Palace of Laeken, which was at that time outside the city is the official residence of the royal family since the start of the Belgian monarchy in 1831, with the exception of King Albert II, who chose to stay at Belvédère Castle upon his accession. The palace belongs to the Royal Domain, which includes the Stuyvenberg and Belvédère castles, the Royal Greenhouses of Laeken and Villa Schonenberg. It includes a golf course, a few lakes and the Chinese Pavilion and the Japanese Tower, which are part of the Museums of the Far East. After Queen Fabiola moved to the Stuyvenberg Castle in 1998, the Royal Palace was left empty until the new crowned King of Belgium, Philippe and Queen Mathilde moved in with their four children. 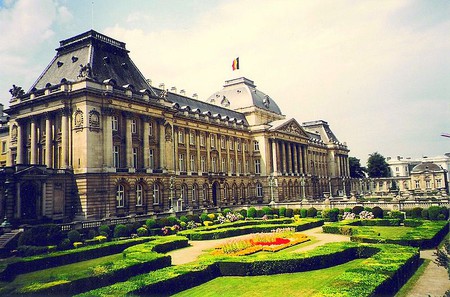 The Royal Palace of Brussels

The Royal Palace of Brussels is a magnificent building located in the centre of the city. It is not the residence of the reigning King and Queen, but serves for all prerogatives and state functions. As Belgium became an independent state in 1830, the palace, which was until then a conjunction of two large mansions joined together to serve as a residence for the former King of the Netherlands, was offered to the newly elected Belgian king, Leopold I. The King used it for official functions while establishing the Palace of Laeken as his residence. It was mostly under Leopold II that the palace underwent major reconstruction changes and became what it is today. Indeed, he believed the palace was not grand enough for a king, and so the building nearly doubled in size as many of the rooms and galleries were added. Leopold II is responsible for the addition of the Grand Staircase and the Throne Room. After his death in 1909, the new façade was refurbished and the front garden was created.
The palace is open to the public and most formal rooms can be admired.