The Best Butchers In Brussels, Belgium

The Best Butchers In Brussels, Belgium

Butcher | © Tinou Bao/Flickr
Belgians are Burgundians, fond of a generous meal that usually includes a good piece of meat. Happy to provide the latter and put a smile on any carnivore’s face are these five Brussels butchers, from traditional mom-and-pop shops to an entire meat hall in Anderlecht’s old abattoir.

Both a charcuterie and a fromagerie, Le P’tit Normand is a Brussels hallmark. The snug and authentic shop rewards anyone who ventures a glimpse inside with its garlands of sausages, firm hunks of ham and a certain atmosphere usually preserved for small village stores in the wooded areas of the Ardennes. This includes a smoky fragrance earned through years of housing smoked meats. Besides tourists the charming boucherie attracts lots of locals long smitten with its high-quality charcuterie and meatballs.

You can tell a lot from the queue of regulars standing outside Frank’s during lunch hour. The popularity of their on-the-go sandwiches, made fresh on the spot with prepared meat from under the counter, is a first hint at the reputation this excellent traditional butcher enjoys. Besides sandwiches Frank is renowned for his steak haché, original sausage combos – how about one with truffle and Parmesan? – and beautiful cuts of veal and beef. Also recommended: a bit further down the street Madame Frank runs the family’s poultry shop, Maison Segers, with the same eye for quality. 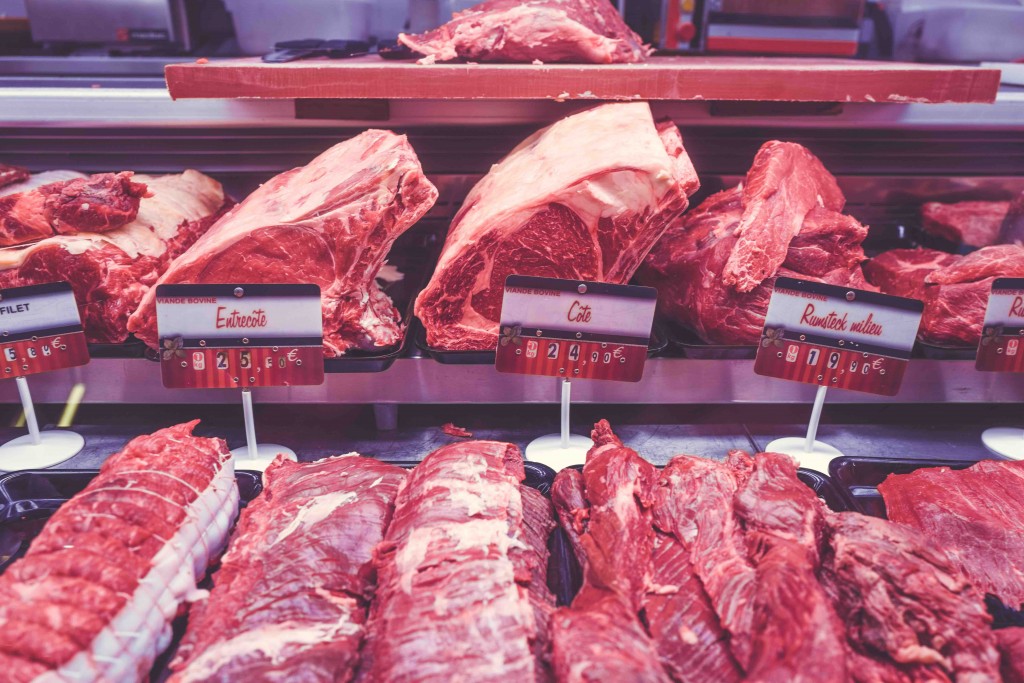 As an official supplier to the Court, Boucherie Saint-Hubert in Laken maintains the highest level of quality. Especially mouth-watering are their seasonal terrines, smoked and dried meats and the delectable jambon à l’os en croûte (a variant of Beef Wellington). For the latter a ham is wrapped in bread dough and cooked for hours to become a holiday dish worthy of a royal party. All of the Saint-Hubert cuts come from local, small-scale farms where the animals are raised in green pastures. 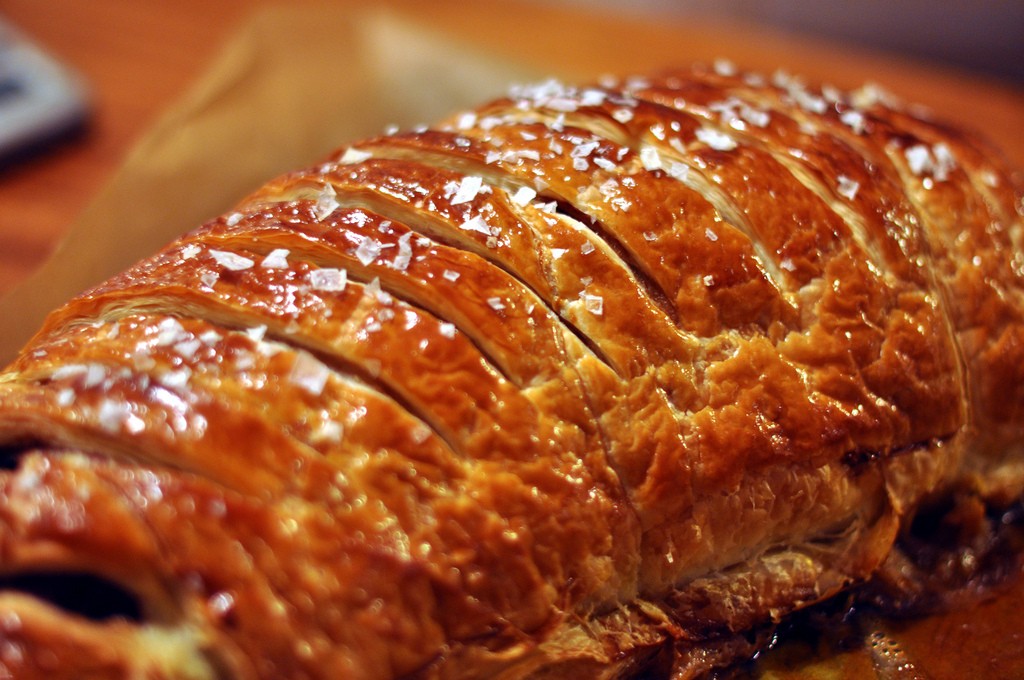 Step into Anderlecht’s old abattoir by the canal to join the hustle and bustle of a popular indoor food market. Inside the ‘Foodmet’ true carnivores find paradise in the meat hall, where about twenty butchers vie for your attention with their prime produce. It’s the only meat market of its kind in Belgium where private citizens get such a smorgasbord of choices to salivate over, and all this on a site rich with history in the butchering industry to boot.

When the Carnivore God shuts a door, he apparently opens a window. The sad news of the famed Jack O’Shea’s chain closing in early August was almost immediately followed up by the solace of another renowned butcher who plans to fill the gap. One of three Irish O’Shea’s shops is being taken over by Hendrick Dierendonck, Belgian butcher extraordinaire. Dierendonck’s shop at coastal hamlet Sint-Idesbald and aptly named restaurant Carcasse have become known for their grade-A meats and artisanal approach, a reputation Dierendonck hopes to expand to Brussels. The Belgian butcher’s adventure in the capital will officially start at the beginning of December, along with the launch of a pop-up webshop for the holidays.