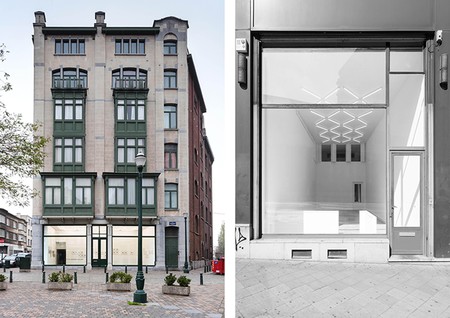 Office Baroque has added to the vibrancy of the contemporary art scene in Brussels | © Pieter Huybrechts, Courtesy of Office Baroque Gallery

Located in the centre of Brussels, the Place du Jardin aux Fleurs is a square dominated by a beautiful early-20th-century cast-iron building. It was designed by Art Nouveau architect Paul Hamesse, and officially houses Office Baroque, an esteemed contemporary art gallery.

Office Baroque was originally located in Antwerp, opening its doors in 2007 and named after the work of American artist Gordon Matta-Clark. Known for transforming damaged buildings into works of art by cutting geometrical shapes into the floors and walls, Matta-Clark’s Office Baroque (1977) was part of his architectural project Cuttings, and represented, in a way, the beginning of the institutional contemporary art scene. 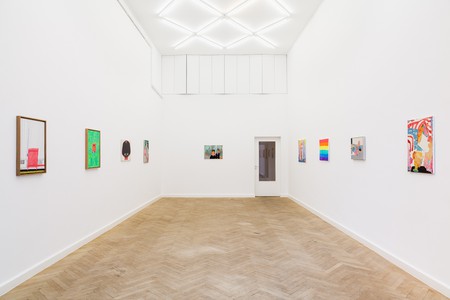 Office Baroque’s founders Marie Denkens and Wim Peeters decided to move the gallery to Brussels in 2013. In addition to being closer to other major international art hubs such as Amsterdam, Paris and London, Office Baroque would be at the centre of the Brussels art scene as it continued to establish its stake in the contemporary art world. A few years earlier, in 2008, the Contemporary Art Centre Wiels appeared on the scene, drawing many international artists to the city with its high-profile residencies. Soon after, other international galleries moved to Brussels, including Parisian Almine Rech, which opened a space in 2007, and Brooklyn-based Clearing in 2012.

Today, Office Baroque contains two gallery spaces: one main exhibition space located on the ground floor of the Art Nouveau building on Place du Jardin aux Fleurs, and a smaller gallery on Rue Ravenstein, strategically located in front of Bozar. Both galleries are bright spaces illuminated by large windows and fluorescent neon bulbs. In both spaces, this lighting creates geometric shapes, effectively connecting them to one another. 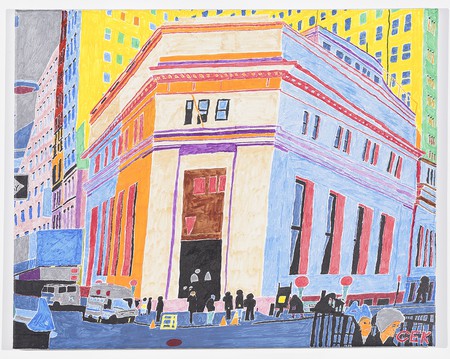 Thanks to the opening of the second location in 2015, Office Baroque can now enhance its possibilities to showcase two exhibitions at the same time and, as it has done in the past, host screenings and art projects outside its official programme.

Despite its short lifetime, Office Baroque’s gallery has already represented a whole host of international artists, including Michel Auder, Owen Land, Margaret Salmon and Leigh Ledare. Some artists, like poet and painter Christopher Knowles, have been followed closely for a long time, with his work shown by Office Baroque in 2007, 2014 and again in 2016, in a solo exhibition with a selection of his marker paintings.

Office Baroque also participates in international fairs such as Independent in New York and Brussels, Frieze in London and FIAC in Paris.