Belgium’s best-known sweet treat may be the waffle but that’s not the only delectable dessert this city has on offer. Ice cream shops abound too, and in the summer months, they are much-needed. Here are some of the best ice cream parlours in Brussels. 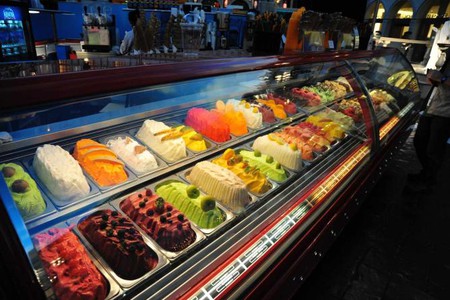 This hole-in-the-wall shop in the well-heeled neighbourhood of Ixelles has ice creams galore as well as all sorts of sorbets made with seasonal fruits and frozen yoghurt. On a sunny day, sit out on the patio to enjoy your dessert of choice while people watching the day pass by. 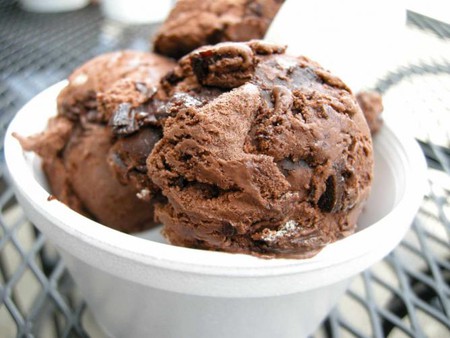 For Italian-style gelato look no further than this gem. Go for one of the traditional Italian options, like nocciola (hazelnut) or stracciatella (Italy’s take on cookies and cream) and you’ll feel like you’ve left Belgium behind and are tasting your way through The Boot instead. All the ice cream here is served unpretentiously, in small bowls and topped with a classic wafer.

Just across the street from Il Gelato is this equally delicious but very different ice cream parlour, which has been open since 1948. The inevitable queue trailing out the door is testament to the quality of the ice cream inside, which is fresh and flavourful as well as inexpensive. Take a cone to go or sit in to enjoy a sundae in the company of locals.

With several locations throughout Brussels, Capoue serves up artisanal ice creams of all sorts. From permanent flavours ranging from coffee to gianduja to tiramisu, and ‘occasional’ flavours such as chocolate blackcurrant, cardamom and limoncello, there is no shortage of tasty options. Diabetic and lactose-intolerant diners will also find choices available for them.

A relative newcomer to the restaurant scene, Prego! is unique for its interior decor designed by Antoine Pinto, and whilst the Italian food is good, it’s the home-made ice cream that’s really known for drawing a crowd. What’s more, the prime location on the edge of Jourdan, between the Leopoldspark and the wide boulevards of south-east central Brussels make it great people-watching and summer lounging territory.

Founded in 1989 as the brainchild of ice cream connoisseur Frederik Van Isacker, this delicious brand has taken off and now boasts 20 locations in Brussels. Enjoy the ice cream in a cone or cup, atop a waffle, or in a scrumptious milkshake. Stop by the Grand Place location for a centrally-located sweet treat amidst a day of sightseeing.