The Best Gay Bars For A Drink In Brussels

Brussels has become increasingly progressive in recent years, and is now home to a vibrant LGBT community, centered around Grand Place, Rue du Marché au Charbon and Plattesteen. Gay bars are identifiable in Brussels by a rainbow flag outside. We list some of the best in the city. 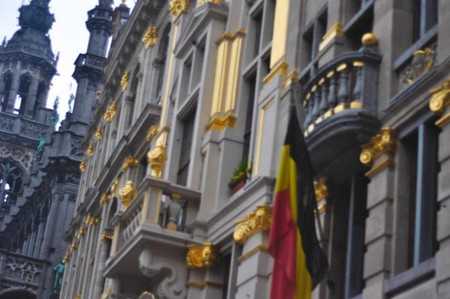 With a fun atmosphere, friendly crowd and pop music blasting until late, this bar is an institution in the Brussels gay nightlife scene. There are different events on every night, from dance parties to karaoke to happy hour drinks specials. Just steps from the Grand Place, in the center of the city, it’s easy to see why Le Boys Boudoir is a perennial Brussels nightlife fixture.

This chic café-bar is open in the daytime, serving up cakes and sandwiches with outdoor seating and DJs on Sunday afternoons; perfect for a casual afternoon lunch or coffee break. At night, it transforms into a vintage-cool hotspot for the hippest of Brussels’ LGBT denizens. Check out the extensive beer selection, and order bar snacks such as cheese or olives on the side.

A trendy dive bar built over the remains of a 1920s bar, Le Belgica retains touches of its former life: a bronze bust of Leopold II still sits on display. Le Belgica attracts the artistic set and has frequently been graced with visits from celebrities, so you never know who you’ll see when you drop in for a drink or to check out a DJ set or a special event.

The oldest gay bar in the city, La Réserve offers cheap drinks and an old-world ambience complete with dark wood panelling, velvet curtains, diamond-paned windows and more. Just like a true European pub it has oodles of frothy beer, plenty of nooks and crannies to chat away the evening in and plenty of prime people-watching window seats to boot.

Fun-loving, kitschy and energetic, this bar is another neighborhood institution. Show up here during Pride week (mid-May) for a huge celebratory dance party with costumes and rainbow-hued clothing. At other times of the year, patrons let that charming red-brick exterior do the talking, along with the uber-friendly vibes that abound. 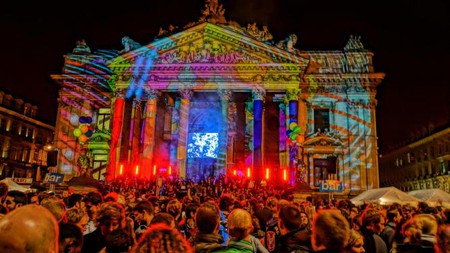 A newly established, members-only club in the building which formerly housed gay club Box, Nation Club comprises two levels of dance floors: one for pop music and the other for house music. It’s open until 9am, so energetic partiers can continue to dance until breakfast. Expect a packed and heady evening complete with laser lights, smoke machines and dance displays aplenty.

This gay friendly indie come alternative dance party event occurs on bi-monthly Saturdays at Biberium, attracting hipsters and in-the-know locals. Not far from the central train station and just a short walk from the gorgeous Cathédrale des Saints Michel et Gudule, Bitchy Butch is a centrally located and always fun night out. Not to be missed.