Belgian Waffles and Icecream |© Luigi Mengato/Flickr
Perhaps contrary to the impressions of most, Brussels is one of Europe’s gourmet centers, only outdone by Paris and London as the third most-starred European capital city by Michelin. Here are some of the best Michelin-starred restaurants in Brussels.
Bon Bon **
Restaurant, Belgian, $$$$$ 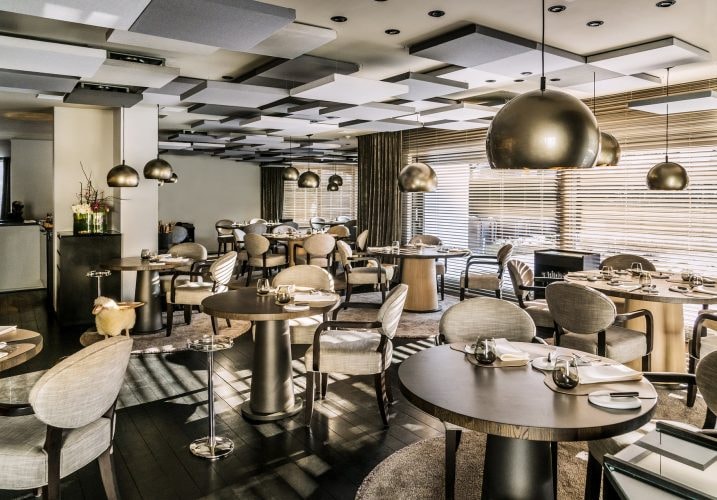 Bon Bon has recently risen up in the ranks, obtaining two of the sought-after stars in 2015. The restaurant is located within a spacious white house in a residential part of green Woluwe-Saint-Pierre. Diners have the option of ordering a la carte, choosing the three-course Menu du Marche, or the splendid five-course Menu Impro, inspired by each table’s particular requests. You may also opt for the Best Of menu, consisting of the most successful recipes of the chef. This choice allows you to totally immerse yourself in Christophe’s cooking art. Enhancing even further the quality of its creations, the restaurant works with no less than 95% bio-organic produce. Pay attention if you happen to be sitting in the outdoor garden terrace as you might just catch a glimpse of the chef picking fresh herbs. 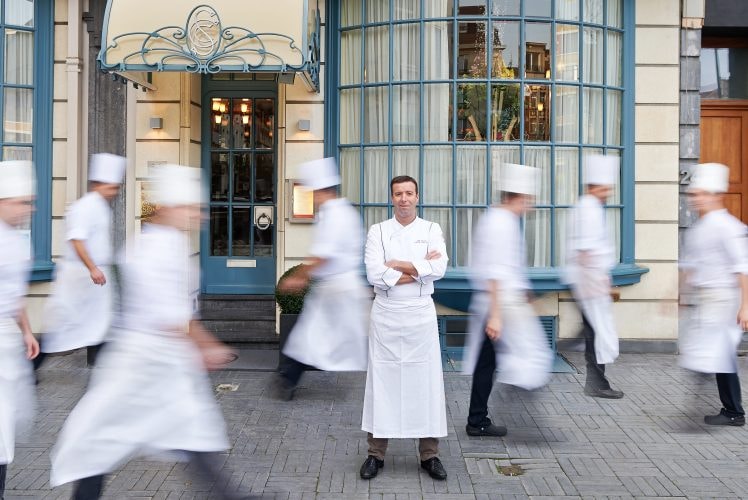 Until 2006, Comme Chez Soi was the capital of Europe’s claim to a three-star dining venue, holding on to the title for no less than 27 consecutive years. Since the relative downgrade that came with the retirement of chef and owner Pierre Wynants, it is still widely received as the holy grail of dining experiences in the city. The restaurant’s signature menu consists of a five- or six-course meal, though ordering a la carte is also a possibility. Located on Place Rouppe in Brussels’ city center, the interior pays homage to the city’s own Victor Horta as stained glass panels and art-nouveau furniture adorn the surroundings. 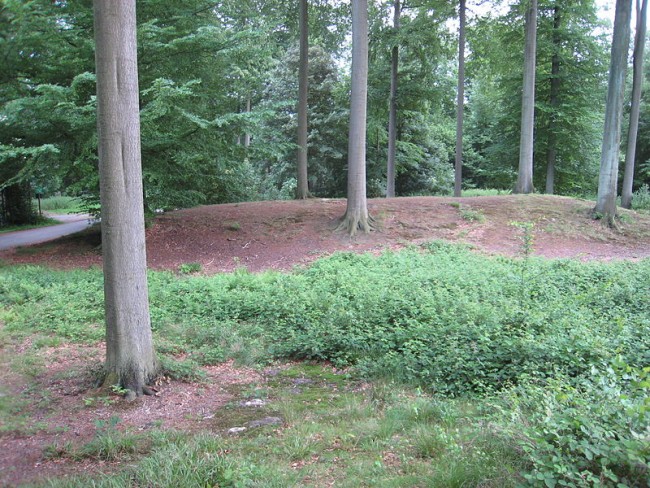 As the name suggests, Sea Grill specializes in all that is fish and seafood, making it one of the best places for such fare anywhere in Belgium. The restaurant is located within the Radisson Blu Royal Hotel and divided into five separate areas: three for dining, a bar, and an indoor smoking area. Each of these are decorated with subtle touches for a heightened atmosphere. With the option of a three-course lunch menu, it is one of the most affordable culinary excursions at such standards.
https://www.instagram.com/p/BOx3fFnAkNM/?taken-at=7232467
More Info
47 Rue du Fossé aux Loups, Bruxelles, Bruxelles, 1000, Belgium
+3222120800
Visit website

Le Chalet de la Forêt is located within a grand property spread across a lovely terrace surrounded by a magnificent vegetable garden at the edge of the Sonian Forest in Uccle. It is run by owner and chef Pascal Devalkeneer whose mission it is to serve the best of French haute cuisine in an elegant yet warm and inviting atmosphere. The menu changes regularly, mirroring the flow of the seasons, and in line with a dedication towards high quality simple products, small producers, organic farming, and protected designations of origin.

La Truffe Noire is a one-starred restaurant but no less of a culinary institution in its own right. Black, but also white, truffle based dishes are the specialities of choice here, offering many tasty delights to those enamored with the delicacy. Dishes range from the more conventional truffle-filled ravioli, to the more luxurious and sophisticated whole-cooked Périgord truffle. This elegant, carpeted restaurant overlooks the tranquil Jardins de l’Abbaye de la Cambre, ideal for pre- or post-dinner strolls.