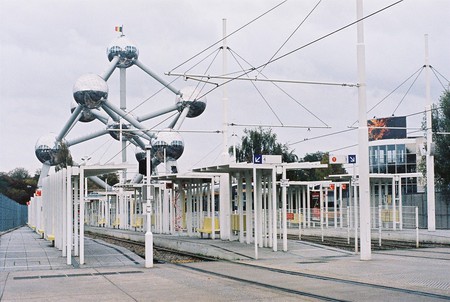 Brussels' Atomium | Courtesy of See You There

To know Brussels is to love Brussels, but the Belgian capital sure can put up a tough façade to newbies. These thirteen talented bloggers will help you pierce through that wall and discover the many gems dotted around the capital, even making sure you’re wearing an inspired outfit as you do.

If there’s a blog that hits the expat life in Brussels on the head every time, it’s S Marks The Spots. When Sandy moved to Brussels for work, she went from thinking of the European capital as rather dull to sharing her love for the quirky city through numerous posts about its hidden delights. An insatiable explorer, her ‘best of’ section is an ever-evolving insider’s perspective at the city’s loveliest places to spend time, from gorgeous parks to charming brunch spots. With baby pink lettering and an abundance of high-quality, colorful photographs, S Marks The Spots has a sweet feel to it while being practical and indispensable. 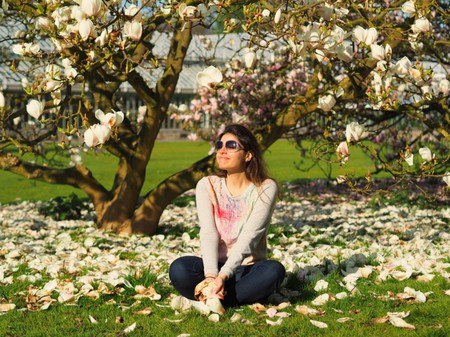 If its name isn’t enough to make you fall in love with Maxine’s blog, the sumptuous recipes and gorgeous food photography she publishes will surely make you swoon. Besides sharing her own culinary creations with a personal touch – the Brussels-based expat often refers to her small daughter as ‘Monkey’ or ‘Little Miss’ and husband as ‘HIM’ – Maxine likes to hand out tips for Brussels’ crucial foodie events and eateries. 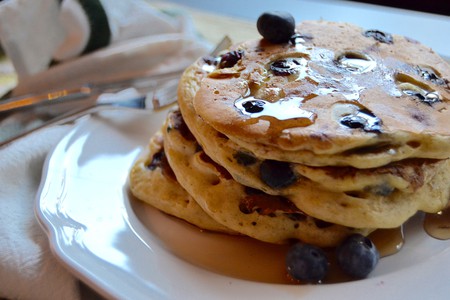 Though Laurent – the self-professed geek behind The City Geek – averages about one post every three months due to a busy journalism career, it’s well worth checking in every once and a while. Just when you think the site might be dead, the architecture enthusiast will pop up again with a surprising piece about Brussels’ ghost metro stations or an insightful take on the capital’s severely congested traffic. Anyone with an interest in urban development will enjoy a scroll through The City Geek as Laurent unearths the city’s layout and the ways it has grown in post after post. 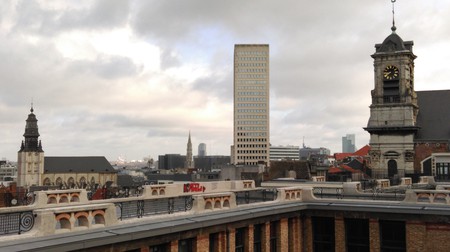 Anyone looking for insider info on the most exciting art happenings in Brussels will want to keep an eye on See You There. German-born freelance journalist Sarah Schug has gathered a group of Brussels-loving locals and expats to continuously introduce you to new exhibitions, places and the brightest young artistic minds on the Belgian firmament. 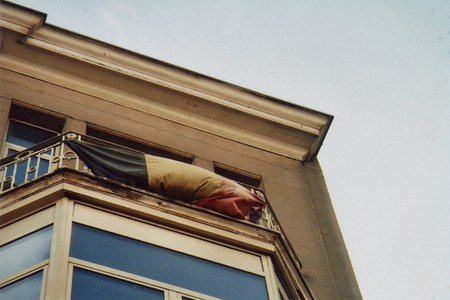 Flag | © Miles Fischler/courtesy of See You There

Established Brussels blogger/vlogger Axelle Blanpain has mastered the game by now. Carefully stylized posts and images populate her online fashion playground to provide tons of inspiration for any fashionista in search of a clean and elegant look. Besides hauls, outfits of the day and store guides, Blanpain also shares tips of every kind, from travel to make-up, books and podcasts. Expect to leave the playground freshly inspired. 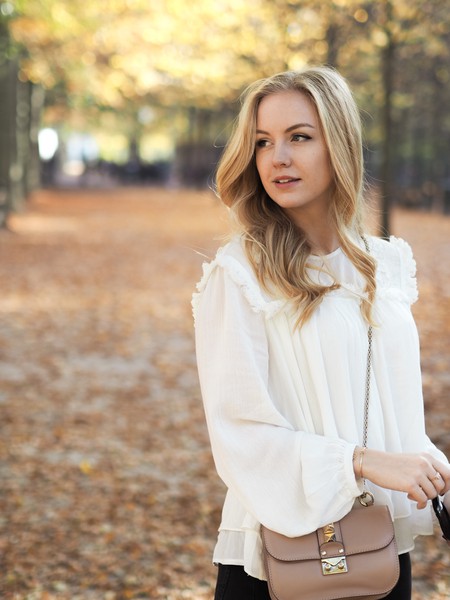 A mother in the city

Being a new mom in a city like Brussels takes some getting used to. A mother in the city tackles both the challenges and the joys of being a young family in a buzzing metropolis. After googling ‘child-friendly Brussels’ but coming up empty-handed on things other than Mini Europe, our heroine decided to start her own online address book. Child-friendly parks and eateries are celebrated under ‘tips with kids’, while quick escapes to newly discovered coffee shops or lunch bars are wittily called ‘glimpses of freedom’.

On Food and Wine

Over a decade old by now, On Food and Wine has built up a comprehensive overview of Brussels’ best culinary options, and in doing so has built up a loyal foodie following. Like Blogger Andreea Gulacsi mentioned in an interview with Culture Trip, she has a particular fondness for the capital’s diversity. Whether you’re looking for a Michelin-starred restaurant without the year-long waiting list or an affordable, off-the-beaten-track bistro, On Food and Wine gladly tracks down your options. 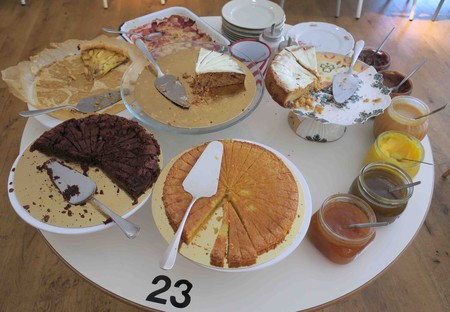 Dessert | Courtesy of on food and wine

The Dutch-language forum for fans of the capital par excellence, BrusselBlogt shines a spotlight on the daily experience of the Brusselaar. In articles by a steady group of contributors, the city’s boundless creativity is celebrated, its shadowy sides are sometimes revealed, and weaving like a thread throughout all posts is an unrelenting love for a home that inspires. Though native anglophones might miss out on some nifty texts and turns of phrase, the weekly ‘Brussel in Beeld’ or ‘Brussels in Focus’ photography series always gives an exciting look at the capital through the lens of a local.

Before the ‘Sprout to be Brussels’ campaign to promote the capital’s image popped up earlier this year, Sarah and Anita had already been sowing the same hometown-pride seeds at The Brusselsprouts for quite some time. The two friends have been shouting their love for the capital from the rooftops on their polished, professional blog since 2011. Poetic posts such as ‘Brussels isn’t love at first sight. But it’s love alright.’ reveal Brussels as an onion with many layers to peel back. Sarah and Anita extensively cover the new kids that arrive in town, whether that means interviewing burgeoning local musicians or sharing new favorite coffee bars and brunch spots. 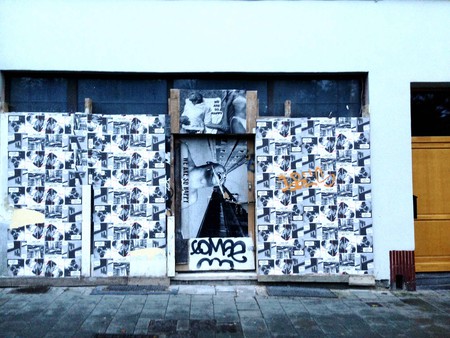 Brussels | Courtesy of The Brusselsprouts

Knowing Belgians’ Burgundian tendencies, it’s no surprise Brussels has inspired foodie blogs galore. Last but by no means least of three appetizing food blogs on this list, Beers ‘n’ Bites thrives on descriptive texts by Martijn, warm images by Hannah, and the two’s mutual love for what they call ‘good beer’. By ‘good’ the duo means brewskis full of taste and made with honest ingredients, qualities they never stop looking for in Brussels. They’re happy to invite you on their search that regularly stops by beer havens such as Beer Mania. 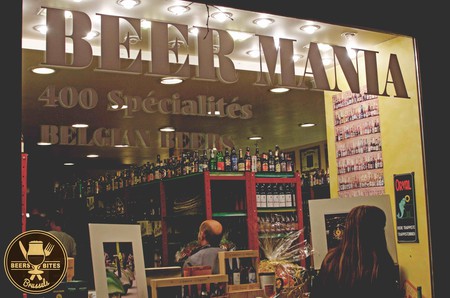 Mapping new venues all over Flanders tirelessly, the online hotspot guide Newplacestobe has its finger on the Brussels pulse. Editor-in-chief Eline Van de Gehuchte and her team check out all of the new coffee bars, eateries and hotels, toss out the stinkers, and put a spotlight on the keepers. Impeccably designed and as hip as the places they’re showcasing (such as new Asian bistro San), Newplacestobe has become an essential tool for navigating city life in Belgium. 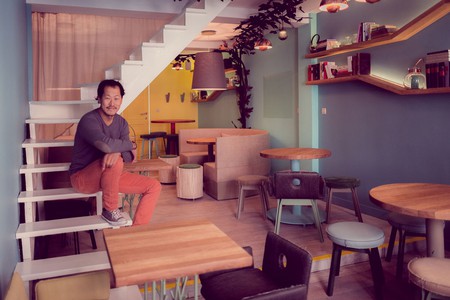 Turns out that not being on the guest list for the high-profile events might be exactly what you want. In her weekly culture guide Yamina El Atlassi provides both French and English speakers with original, alternative options for a fun weekend or night on the town. And its a town she knows like the back of her hand. Yamina is a native Brusselaar and the love she feels for her home city and its many artistic offshoots seeps through in her writing, not least of which in her continuously updated guides on the metropolis’ nightlife and other themes. 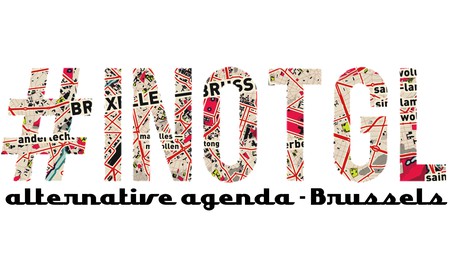 He’s the king of luxury travel on a budget and although he’s based in Brussels, he spends a big chunk of his time on exotic locations and in business class seats on airplanes getting to them. There are two main reasons for checking out Bart Lapers’ blog: to daydream about being at the intensely blue oceans he’s standing in front of, and then to try and make the dream come true by taking some of this experienced traveler’s neat budgeting tips and tricks to heart. 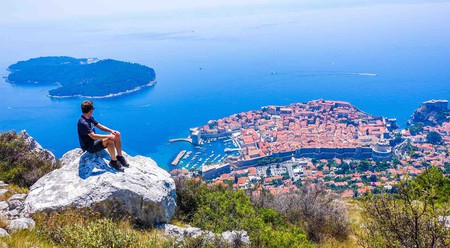 Bart in Dubrovnik | © Bart Lapers/courtesy of Bart.La-
Give us feedback