The 12 Most Charming Villages and Towns in Belgium 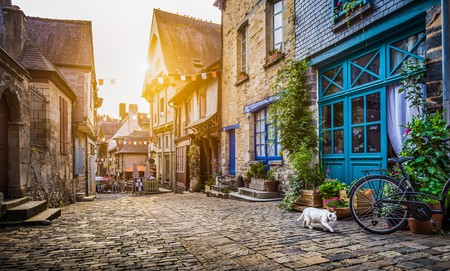 If you’re visiting Belgium, make sure to check out its many charming villages and towns. From Wallonia to Flanders, Culture Trip explores the country’s most beautiful places, each reach in culture, history and natural landscapes.

Located at the very south of Belgium in the Gaume region, Torgny has its own sunny microclimate, which means it’s one of the best places in the country to cultivate vines. Surrounded by orchids and vineyards, the houses here are stunning but quite unusual for the area. The buildings are mostly ochre-coloured sandstone cottages with pinkish roofs that are reminiscent of Southern France. Always bathed in sunshine, this relaxing village is one of the prettiest in Wallonia.

Without doubt, Bouillon is the most important tourist hub in the Semois Valley. It is home to a perfectly preserved eighth-century Medieval castle that overlooks the town. This castle is one of the oldest and most fascinating remains of feudalism in the country. There are also many walking paths, specially designed and marked for visitors who want to explore the valley. Visitors can also go on a beer sampling tour at the brewery of Bouillon, Nathalie Market, located in a shop that has around 300 beers on offer. 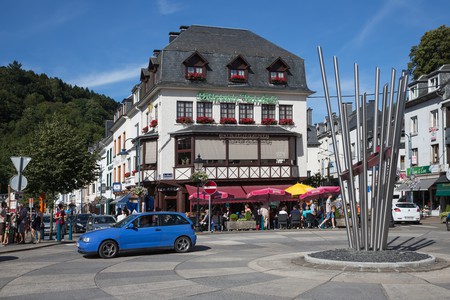 Bouillon is in the Semois Valley | © T.W. van Urk / Shutterstock

Situated in Flanders, Oud-Rekem is the typical charming Belgian village. It is then no surprise that it has been named the Most Beautiful Village in Flanders by Tourism Flanders. The village itself is not very big, but there are many lovely winding streets and picturesque buildings. What makes Oud-Rekem interesting for visitors is the nature that surrounds it. There are bike routes where people of all ages can take in the tranquillity and serenity.

Located near the Luxembourg border, Bastogne is the place where thousands of soldiers lost their lives during the Second World War at the Battle of the Bulge, a battle that is often described as the most intense of World War II. The informative War Museum in Bastogne offers visitors the opportunity to learn about this famous battle. Visitors can also explore the Wood of Peace, which is made up of 4,000 trees planted for the 50th anniversary of the battle in dedication to American veterans, the Mardasson Memorial and the Sherman Tank. 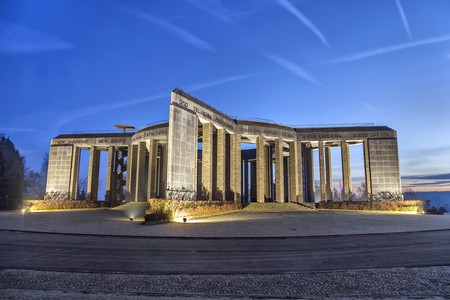 Located along the Belgian coast, De Haan is a charming little village and also one of the country’s best beach resorts. The village has maintained its 1930s architectural style and charm, with the majority of houses being stunning white villas. In this relaxing village, outdoor activities abound. These include nice walks around the area, playing beach ball, building sandcastles, swimming and biking on the seafront.

Crupet is one of the most picturesque villages in Wallonia, with its central area dominated by the impressive Grotto of Saint Anthony of Padua. Designed by Gerard, the local curate, and inaugurated in the summer of 1903, the grotto features 22 religious statues, many of which depict scenes from St Anthony’s life. The village’s 13th-century Medieval castle is also a must-see. 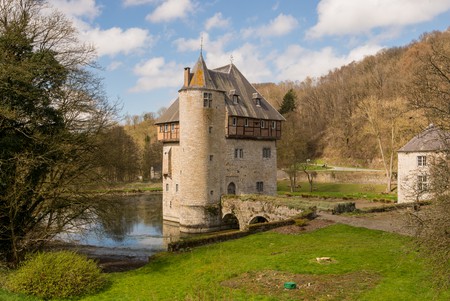 Known as the Pearl of the Ardennes, Spa is a beautiful Belgian town located in a wooded valley in the middle of undulating hills and numerous springs and rivers. Many visitors head here for a true spa experience, enjoying hours of blissful relaxation at the hot swimming pools, geysers, bubbling water cannons, bubble seats and more. The water at the Thermes de Spa comes straight from the Clementine Spring and is full of natural minerals known to be good for cleansing the skin.

Waterloo is the perfect place for history lovers, with people flocking to this village to see where the Battle of Waterloo took place. The major sights of interest here are the Lion’s Mound and the visitors’ centre. Besides visiting the battlefield and the surrounding attractions, visitors can also explore the magnificent 1,000-year-old abbey. 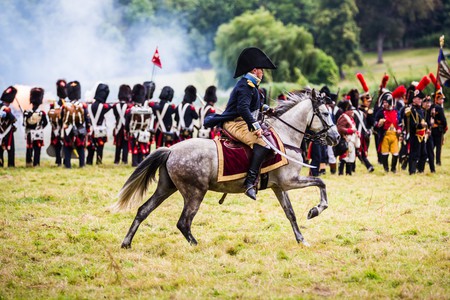 Located in Wallonia, Aubechies is one of the most beautiful villages in the area. Aubechies is home to the Archaeological Site and Museum of Aubechies, which is dedicated to the historical period ranging from pre-history until the Roman times. It’s the biggest archaeological open-air museum in Belgium. Aubechies is also home to a Romanesque church, a village town hall and a school.

Durbuy is thought to be the smallest town in the world, and dates back to the 17th century. Located in the densely forested Ardennes high up in the mountains, Durbuy is an excellent and laid-back holiday town famous for its first-class restaurants, hiking and mountain biking routes, winding alleyways and cobblestone streets. 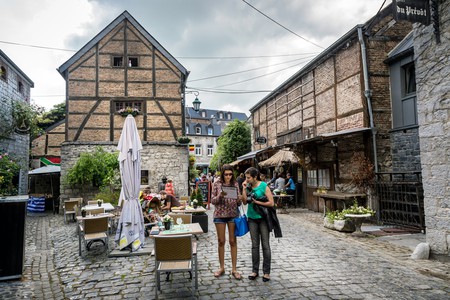 Situated along the Meuse River, Dinant is a picturesque town once home to the talented Adolphe Sax, the inventor of the saxophone. His house remains open to visitors, who can learn more about the invention of this musical instrument in a fun and original setting. Travellers can also visit the Arms Museum and the 13th-century Collegiate Church of Our Lady, as well as taste the delicious local hard biscuit, couque de dinant.

Ath is most known for its Ducasse festivities, which take place every summer. On the fourth weekend of August, gigantic figures representing Samson, Goliath and a couple of other allegoric figures parade through Ath’s streets, and a reenactment of the wedding of Goliath and the fight with David are performed. The town is also home to a beautiful 12th-century tower, a 17th-century town hall and stunning Gothic-style churches.