The 10 Pioneering Women of Belgium 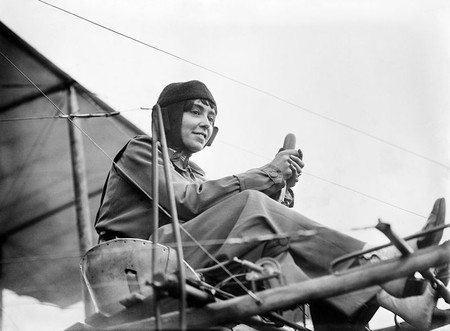 Trailblazing and inspirational, these women have built the foundations we still enjoy today – and continue to challenge the status quo. From the first woman to become a medical doctor to the first woman who climbed the ranks of the Belgian army – here’s a list of Belgian women who braved the first steps and brought change to the country.

In 1847, the Van Diest family gained a daughter who was ahead of her time and who went on to pursue an ambition not yet allowed in the country for women. With the perfect mix of perseverance and opportunity, Isala became the first female doctor Belgium had ever seen.

Inspired by her father, a medical barber (barbers could perform small surgeries), Van Diest quickly knew that she wanted to study medicine. As strange as it may sound, girls weren’t allowed in high school back then, and Van Diest had to travel to Switzerland to gain an education. She also enrolled at a university there, since Belgian universities didn’t accept female students. She then started to work in England, as women couldn’t be doctors yet in Belgium.

Luckily, things were changing at home, and the Free University of Brussels allowed women in the classrooms, hesitantly followed by other universities. A new exam at this university and a Royal Decree later, Van Diest had finally made her dream and vocation a reality.

1880 was the magical year women were first allowed to enroll at universities. Marie Popelin was one of the women who seized that opportunity to enter the very male world of education. In 1888, she was the first woman to study law in Belgium, and later, the first woman to receive a degree in law.

However, Popelin was never able to actually become a lawyer. Her application was flat out denied by the bar association, who deemed her unable to be a lawyer due to her ‘female nature.’ Don’t expect an aspiring lawyer to take something like this lying down –Popelin took it to the Belgian Court of Cassation. The ‘Popelin case’ was hot news, and drew the attention of the nation towards the courtroom.

In the end, Marie Popelin lost the case. But she didn’t give up, and advocated women’s rights through her organizations the Conseil National des Femmes Belges (‘National Council of Belgian Women’), now known as the Vrouwenraad, and the Ligue belge du droit des femmes (Belgian League of Women’s Rights), founded with the help of her friend Isala Van Diest.

Women were finally allowed to become lawyers in 1922, nine years after Popelin’s death. 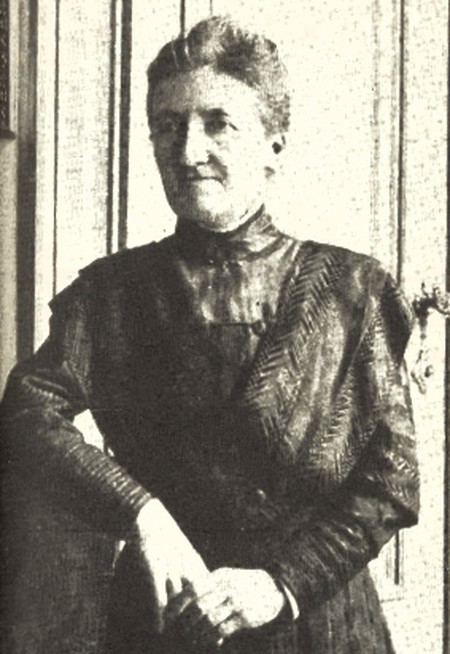 Education for girls was not always a given in Belgium. Luckily, Isabelle Gatti de Gamond changed that for the better. In 1864, she started the first high school for girls in Brussels, which was completely independent from the Roman Catholic Church – as most schools at the time were Catholic schools.

The school was an instant hit with Brussels’ liberal citizens and, encouraged by her success, Gatti de Gamond founded 18 different schools in her lifetime. The teachers she hired were all liberal thinkers, such as Marie Popelin and Anna-Augustine Amoré, mother of Marie Janson (the first woman in the Belgian Senate).

Gatti de Gamond also had the support of important people, such as the mayor of Brussels himself, who helped her create a pre-university course. This helped young women enter higher education and increased the female population in the university halls.

In 1889, Gatti de Gamond joined the Belgian Labour Party, with universal adult suffrage in mind. When the party decided to only support the right to vote for men, she left disappointed. In 1918, all men gained the right to vote. Women had to wait until after the Second World War, in 1948.

Eager to learn and curious about the world around her, Marie-Anne Libert studied passionately. Her father gave her an education so she could follow him into the tanning business. But Libert’s interest went far beyond algebra, music, Latin, and geometry.

She became internationally famous because of her work as an botanist and a mycologist. She identified the organism that caused the ‘late blight’ – a potato disease – and also described the plant that causes dry rot in potatoes. Not an unimportant feat in 19th-century Europe.

Besides being a mycologist and botanist, Libert also kept a large herbarium, studied history, and managed the tannery she and her brothers inherited.

Hélène Dutrieux was a daredevil who lived an adventurous life. When she was 14 years old, she had to leave school to help her family’s bad financial situation. She decided to earn money by becoming a cyclist, like her older brother. Her career as a professional cyclist went well – she broke the women’s world record for distance cycled in one hour and was awarded the Cross of St. André by King Leopold II.

When just cycling became too boring, Dutrieux started doing stunts with bicycles. Nicknamed ‘the human arrow,’ she stepped up her game by switching to motorbikes and finally, cars. That ended badly, and Dutrieux had six long months in the hospital to think about a career change. She opted for aviation.

In 1910, she received her pilot license from the Aéro-Club de Belgique (‘Air club of Belgium’). She was the first Belgian woman to achieve this. During her flying career, Dutrieux was a trailblazer – she was the first woman to take a passenger with her, the first woman who flew for a long distance over land without stops, and later the first woman to pilot a hydroplane. She also broke several elevation and duration records. Her nickname changed into ‘The Girl Hawk,’ and she’s said to have caused a scandal by flying without a corset.

Germaine Van Parijs started her career at the Belgian newspaper Le Soir as the first female press photographer. During her career she build an impressive portfolio, including daily life in Brussels, Albert Einstein, the royal family, the floods in Namur, plane crashes, refugees of war, and mass manifestations. By the end of the First World War, she was recognized as Belgium’s best photographer.

During the Second World War, she refused to cooperate with newspapers that has come under Nazi control. Van Parijs was also one of the few women correspondents to cover WWII and photographed Belgium’s liberation. After the war, she started her own agency, called Van Parijs Media.

Marguerite Legot started as a teacher at a high school in Ghent. After studying law at Ghent University, she began a legal career, after which she left to teach law.

After the First World War, Legot entered the world of Belgian politics. She first worked for minister Henri Pauwels, who took care of the victims of war. She also became an active member of the female branch of the Catholic Trade Union. In 1946, before women could even vote, Legot was elected as a Brussels’ representative in the Belgian Chamber of People’s Representatives. Later, she served as a secretary of the chamber and after that, she became a delegate to the United Nations. She also sat in the European Parliament for three years.

When the post of a Minister for Family and Housing was created, Legot was elected, making her the first female minister in Belgian history. In 1974, three years before her death, she became the Minister of State and was awarded with the order of Leopold II. 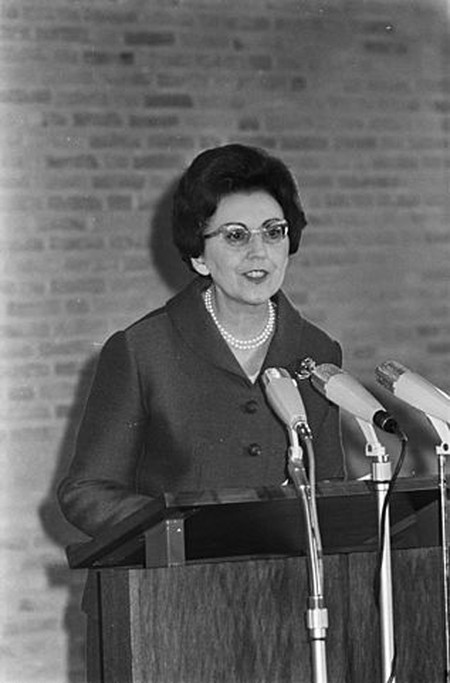 It’s Belgium, after all – so beer is important. Rosa Merckx is the first woman to make it in the beer industry and was essential for the improvement of a well-loved brand of beer.

In 1946, she quit ballet and started to work as a bilingual secretary at the local Liefmans brewery. When one day her boss asked her to taste one of the beers, she told him she found it far too sour. On her recommendations, the brewery started to make some changes, resulting the sweeter tasting beer we know today. Soon, she and her boss brewed the beers together.

After her boss passed away, she took over as the head of the brewery, without any formal training. Now she is retired, but still visits the brewery daily –to taste and judge the drinks. And her signature is still on the paper wrappers around the bottles. 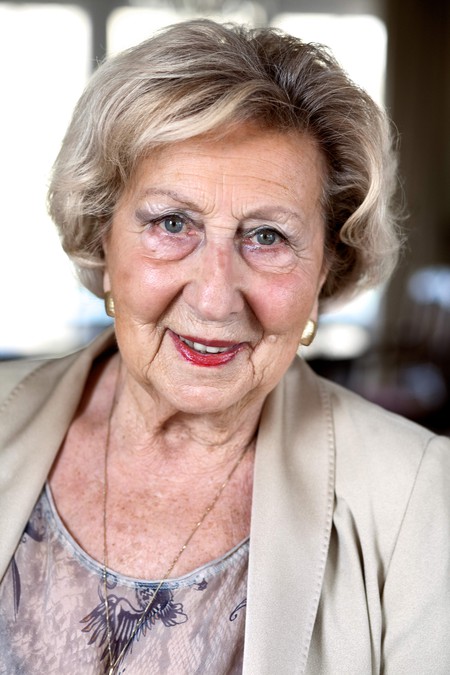 For a long time, the army was solely for men. Women were allowed every now and then, but fired as soon as regulations changed. That changed in the 1970s, when the army posts opened up for women for good.

Brussels’ resident Danielle Levillez started out as an pharmacist within the army in 1979, but climbed up the ranks. She became the first female major general in Belgium. With a female population of only 8% within the army, this is not an unimpressive feat. Though she had a lot of support within the army, Levillez also admits there are still prejudices towards women, who must work twice as hard to prove themselves. She resigned in 2015, after 36 years of service. 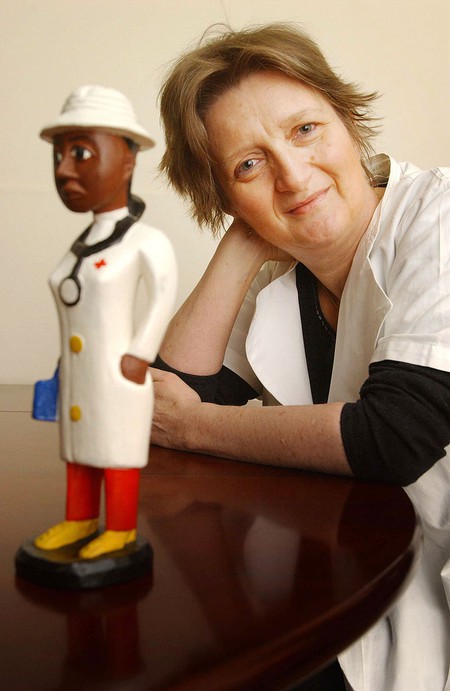 Of course, a list like this can never include all the noteworthy Belgian women. To date, there are countless women who question the status quo in brilliant ways, like Sihame El Kaouakibi, who looks towards the future with her organization ‘Let’s Go Urban.’ Ingrid Stals fights against domestic violence. Goedele Liekens breaks down taboos about sex. Marleen Temmerman is the ‘most praiseworthy’ gynecologist in the world, according to the International Federation of Gynecology and Obstetrics. The list goes on.

Every day, various individuals make great strides for the future. Not only for gender equality, but also for an overall better world. Barriers are breaking down, and cracks are showing in the glass ceiling – the female half of the Belgian population is sure to make itself heard.