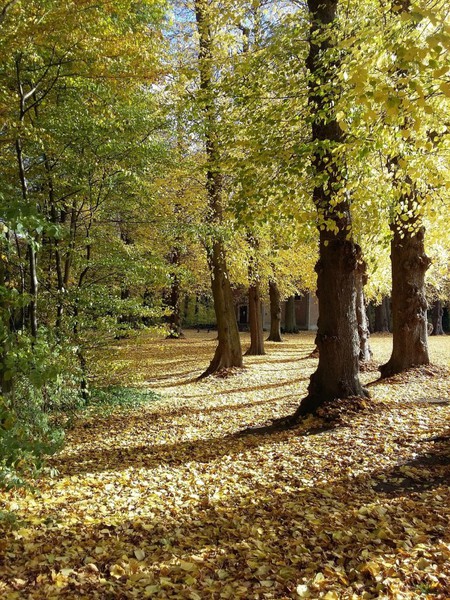 Just east of Brussels in Flanders is the small town of Tervuren. This international suburb is the historic home of the Dukes of Brabant, evidenced by the remains of a medieval castle, the chapel of St. Hubert, and the church of St. John. Tervuren is perhaps best known as one of Brussels’ best green escapes with the Warande van Tervuren, or Tervuren Park. The park is the eastern edge of the green belt surrounding Brussels that includes the Sonian Forest and Arboretum. 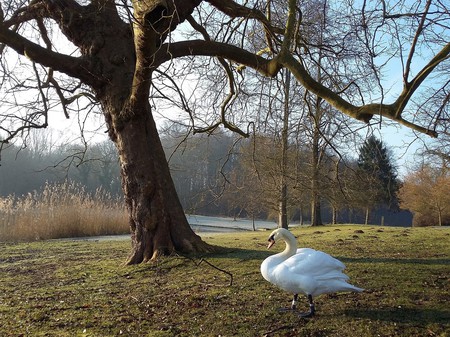 Originally, the land was once the hunting estate of the Dukes of Brabant. The foundations of the castle are still visible on the western edge near the early modern chapel of Saint Hubert. This patron saint of hunters is believed to have been martyred here in the year 727. The castle grew under several dukes and monarchs but ultimately fell into ruin and was demolished in 1782. Over a century later the enterprising King Leopold II drastically changed the landscape of the royal land into the park it is today. 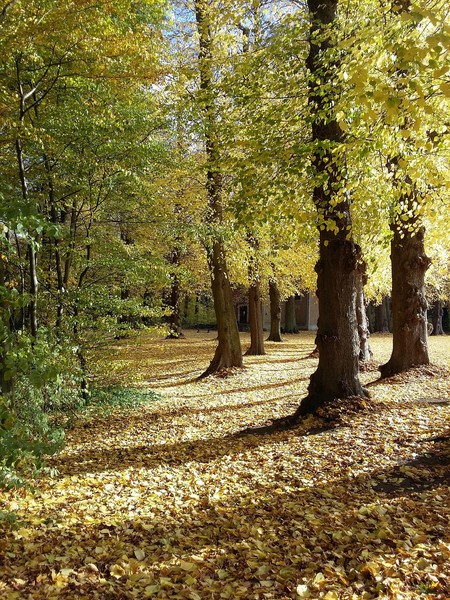 During the preparations for the Brussels International Exposition of 1897, King Leopold II was desperate for an exhibition hall to display the products and culture of his privately owned and deceptively named Congo Free State. At first, the Royal Institute of Natural Sciences in Brussels was the intended location of his exhibition. The King’s impatience led him to his estate in Tervuren where he built the Koloniënpaleis at the end of the Avenue de Tervuren. To make this new location more accessible to visitors of the exposition site in Brussels, he had the Avenue de Tervuren expanded to its present grandeur as well as adding a tram and train line. 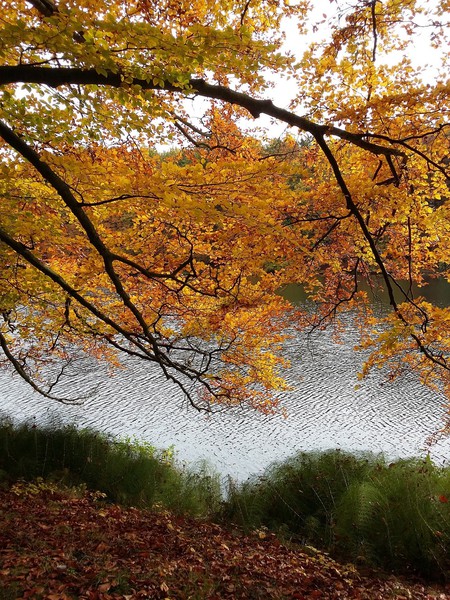 Autumn along the Kasteelvijver | © James Radke

The park had previously existed as the King’s property, however it was dramatically changed during the preparation for the 1897 Exposition. The area around the Koloniënpaleis, which had formerly been a château and home of the Empress Charlotte – until it burned down in 1879 – was made over in the French style. The canals and lakes within the park had Congolese villages constructed along them, and 267 Congolese villagers were brought to inhabit the mock dwellings. The waterways even accommodated Congolese canoes and visitors in gondolas to echo the river networks of central Africa. Three bricked archways were built at the entrances of the grounds where visitors began their tour of the park. Originally, the brick of these arches was decoratively plastered, though today the red brick is a charming addition to the boundaries of this truly unique park. 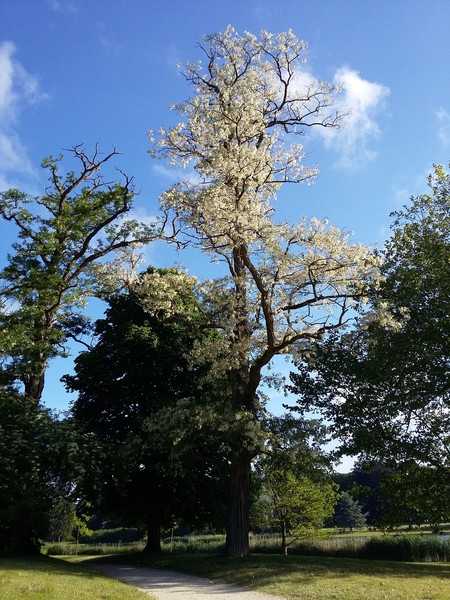 The Exposition was a huge success for Leopold II. Over a million visitors – including two visits from the famous explorer Henry Morton Stanley – flooded into Tervuren to experience the King’s lavish pageant of his African Fiefdom. It would be less than a decade before the international outcry over King Leopold’s administration in Africa led to him relinquishing control over his Congo Free State and their transformation into an official Belgian colony. During the same period, the land that makes up Tervuren Park and the nearby Arboretum was transformed into the Royal Trust, which the King subsequently bequeathed to the state. In addition, the collection of artifacts at the Koloniënpaleis outgrew the building and in 1904 the first stones were laid for the future Museum of Belgian Congo – today known as the Royal Museum of Central Africa. The layout of the museum and surrounding gardens were designed to instill Versailles-like views to the visitor. The palatial museum was opened in 1910 – one year after the death of Leopold II. When the King died, further plans for an attached international school and conference facilities were terminated. However, in 1970 the British School of Brussels opened adjacent to the museum and park grounds and in one way completed the designs of the ‘Builder King.’ 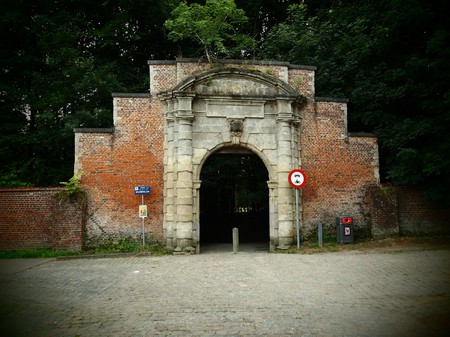 Today the park has a splendid array of trees – some dating back to the 1750s – that are predominately beech and oak but also include varieties of yew, poplar, walnut, pine, maple, willow, elder, and hawthorn to name a few. Throughout the year, the trees present a beautiful array of colors that culminate during autumn when the trees show a truly dazzling display of reds, oranges, and yellows. 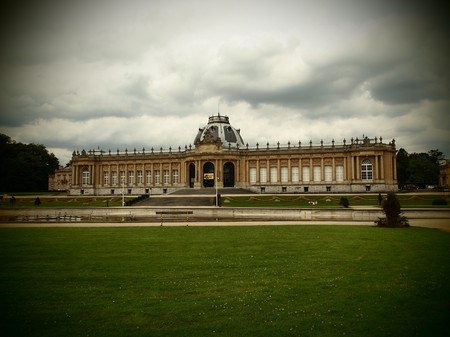 The largest lake, Vosemvijver, provides excellent views of the park and the many kinds of water fowl that inhabit the park throughout the year. Visitors often glimpse the European red fox on the lookout for food. In the summer months, the waterways team with carp, frogs, and the occasional turtle. The natural beauty of the park combined with its inhabitants make it apparent why this park was the inspiration for impressionists like Hippolyte Boulenger and the School van Tervuren. 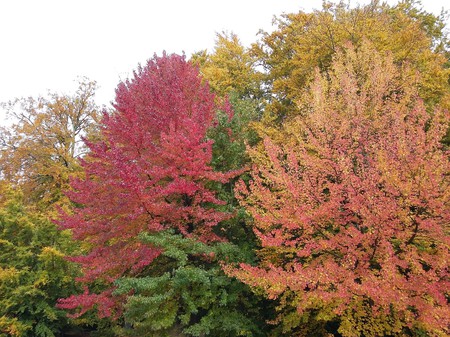 In addition, the park has many fascinating sites scattered throughout the 205 hectares of grounds. The ‘Zevenster’ is a dramatic meeting point of thirteen paths within the most densely wooded section of the park. The three large stones at the center of this crossroads are called the ‘Dolmen,’ or ‘Druid Stones,’ and were discovered in 1883 in the nearby town of Duisburg. They were possibly part of a pre-historic dolmen or portal tomb, however no concrete evidence of any tombs of this kind have been found. The stones were brought to the park by Leopold II who bought them as an interesting accent to the Exposition of 1897. 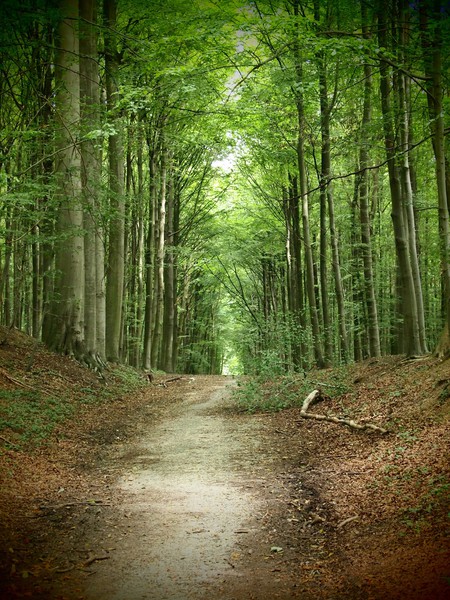 Spaans Huis, or the ‘Spanish house,’ so-called because of the bricks used in its construction, is the renovated grain mill where the medieval and later inhabitants of Tervuren and Duisburg were obliged to have their grain processed. In its heyday, the mill was the center of the small hamlet of Gordale which also had a windmill and stables. Today it is a charming little restaurant with a decent selection of beer that includes a local brew. Besides offering an excellent place for an afternoon drink, Spaans Huis’ location along the canals provides a thought-provoking backdrop for photography. 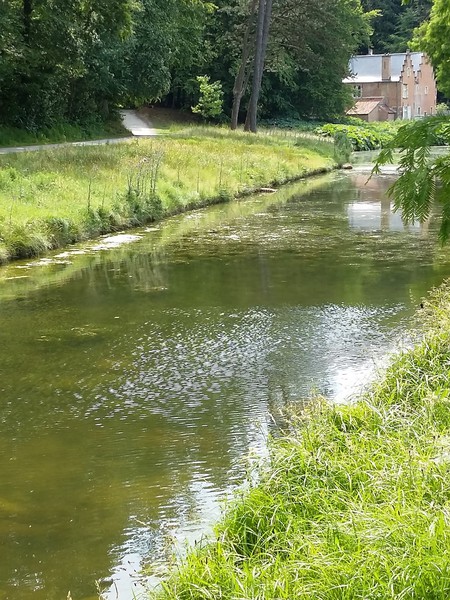 Visitors can park on the western end near the Bootjeshuis restaurant, which has a good selection of customary Belgian dishes and refreshments. The historic Tram 44 still operates antique trams during the summer months and is an excellent way to visit the park from Brussels. Currently, the Royal Museum of Central Africa is closed for a much needed renovation and update of its exhibitions. It will be open again in 2017. 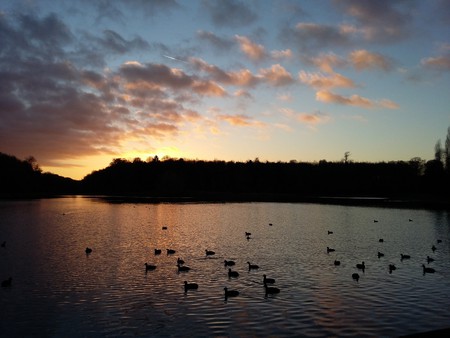 Sunset over Vossemvijver | © James Radke
Give us feedback