Steve Houben: The Open And Curious Mind Of The Belgian Jazz Musician 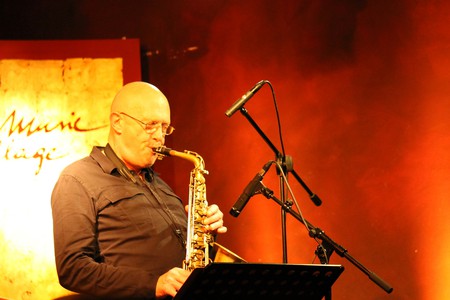 Saxophonist and flutist Steve Houben is certainly one of the most famous living jazz artists in Belgium. Whether it be his collaboration with other incredible artists or his personal sound, this discreet and cultivated artist is worth discovering. Read below to discover more about his life, musical endeavors, and successful career.

Born Stéphane Houben in Liège in 1950, from a classical pianist mother and a jazz amateur father, music flows in Steve Houben’s veins. He first became familiar with the piano, and then received his first flute for this 7th birthday. He studied dramatic art at the conservatory of Verviers – his hometown – before discovering his passion for music, with a particular interest in flute and later in saxophone thanks to his cousin, the legendary saxophonist Jacques Pelzer. In the early 1970s, Stéphane and Jacques, along with their cousin Michelle Pelzer, founded a band called Open Sky Unit, with the vocals of American Ron Wilson.

The groovy song ‘Sunshine Star,’ recorded in a small studio in Liège in 1974

During this glorious period, Steve had the opportunity to meet many famous jazz musicians passing through Belgium, such as Dexter Gordon, Wayner Shorter, Philly Joe Jones, Don Cherry, David Liebman and Chet Baker. Chet Baker played an essential role in Steve’s life and gave him the motivation, after a short stay at Chet’s place in San Francisco, to study jazz writing in the United States. Houben left Belgium to go to Boston and enrolled at the prestigious Berklee College of Music in 1975. Upon his return to Belgium, he created a new band, Solstice, with American and Belgian musicians. Chet Baker joined them for a couple of concerts. At the same time, Steve also formed a new band called Mauve Traffic with Bill Frisell, Kermit Driscoll, Michel Herr and Vinnie Johnson, playing a jazz-rock type of music that was well-appreciated in the US. In 1980, Houben played several concerts and even recorded a unique album with the legendary Chet Baker.

Here is a rare copy of the album of Chet Baker & Steve Houben, 1980

The Turning Point Towards European Culture

1983 marked an important meeting in Steve’s life, as he met Bulgarian pianist Boyan Vodenitcharov, which served as an opportunity to showcase his music towards the rest of Europe. Houben also participated in a number of diverse music projects, including performing with the H.L.M trio, with Maurane (singer) and Charles Loos (pianist) – the latter whom he composed the album Comptines with in 1983.

A song performed by Steve Houben, Charles Loos and Ali Reyerson, from the Album Vagabondages, 1991

During the 1990s, Houben became more interested in the different European cultures and decided to form a band with the traditional violinist Luc Pilartz; naming it Panta Rhei. They produced several albums and held concerts around Europe. Houben also continued his own independent jazz projects in parallel with Panta Rhei, collaborating with Charles Loos, Ali Reyerson, Michel Bénita, Daele Duesing and Diederik Wissels. In 1994, he paid tributes to Adolphe Sax, the Dinant-born inventor of the saxophone, by reuniting some saxophonists for his album Steve Houben Invite.

Here is a song from their debut album Hopa!, 1995, in which you can notice the Irish as well as the Romanian influences

In 1998, he was elected the best European alto sax player and the best flutist by Belgian radio and music critics; and in 2000, he received the Django d’Or – named according to jazz legend Django Reinhard – that rewarded Belgian jazzmen from 1995 to 2009. In 2010, as a perfect crowning achievement, he was recognized at the Royal Academy of Science, Letters and Fine Arts of Belgium, and was the first one in the Jazz category. Houben is also a teacher, and has been teaching a saxophone jazz section in the Royal Conservatory of Brussels since 1988.

During his long career, he has played with a lot of artists, including American musicians such as Joe Newman, Bill Frisell, Chet Baker, Mike Stern, George Coleman, Gerry Mulligan to name but a few. But also with international musicians thanks to his passion for world music, such as Emil Viklicky (Czech), Marito Correa (Brazilian), Fawzi Chekili, Hichem Badran (Tunisian) and of course with Belgian musicians such as Toots Thielemans, Jan Dehaas, Michel Herr, Jacques Pirotton, Alain Pierre, Mélanie de Biasio, and many others. 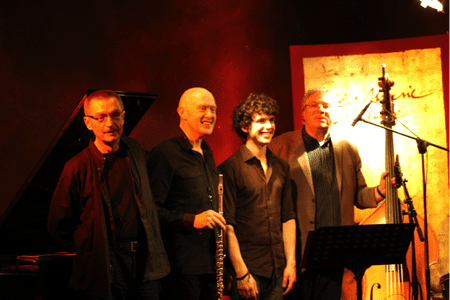 If you now long to discover the beauty of Steve’s music, he will play on February 14th at L’Archiduc, 6 Rue Antoine Dansaert, Brussels, Belgium.