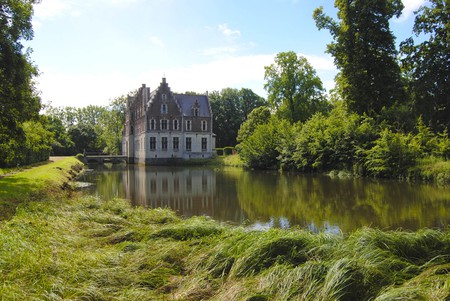 Now you can own Flemish painter Peter Paul Rubens’s former residence, Elewijt Castle in Belgium for a cool €4 million. And boast that your home features in one of the Rubens’s paintings that hangs in London’s National Gallery’s collection.

Built in 1304 and formerly owned by the Knights of Wilre, the castle – known as Castle Het Steen and Rubens Kasteel – has undergone many extensions and transformations over the years. In 1635, Rubens bought the castle to live in with his second wife and added his own mark by redesigning the property in the Flemish Renaissance style. He even had his coat of arms engraved above the living room fireplace. 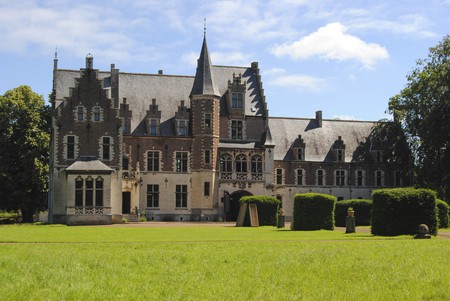 Set within eight hectares surrounded by a moat and with its own stone bridge, you can really live the fairytale dream in this castle just outside of Antwerp, which was ‘granted status of official architectural heritage’ in 2009.

For €4 million, you not only get the castle with its seven bedrooms, two kitchens and five open fires but also three additional buildings: a six-bedroom sandstone villa with a private chapel; a four-bedroom residence; and a tower complete with a garage for up to four cars. 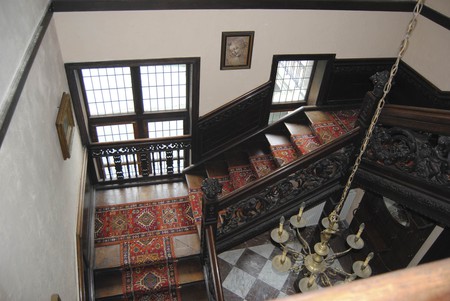 Rubens drew inspiration from the rural setting of his last residence (he died in 1640), including it in numerous paintings. One such example hangs in London’s National Gallery. A View of Het Steen in the Early Morning (circa 1636) is one of the 17th- century painter’s most masterful landscapes. Although Rubens had gout and holding a brush was difficult, the Old Master beautifully depicts the castle within an exquisite autumnal scene. 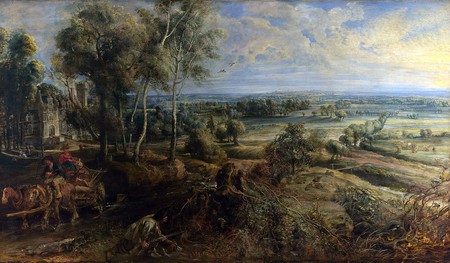 Peter Paul Rubens, A View of Het Steen in the Early Morning, circa 1636 | Collection of National Gallery © Wikimedia Commons

You can see A View of Het Steen in the Early Morning in Room 21 at the National Gallery, London.

Want to see more art in London? Here are the 17 unmissable blockbuster exhibitions to see in 2018.