Photographing Belgium Through The Decades

1920s: the Brussels stock exchange, also the center of the city's blooming tram network | Public Domain/WikiCommons
If ‘a picture is worth a thousand words,’ these 18 fascinating images make up a novella on Belgian history. Some are old postcards, while others are memories of wartime or snapshots from home collections. All of them together give us a glimpse into how this small country has grown over the past century.

In the 1910s, the brand-new Central Station, in the revival style, stood as a beacon for what the Belgian railway industry could accomplish – and the grandeur that ‘Builder King‘ Leopold II wanted his country to exude. The well-kempt French garden on the Queen Astrid Square has now been replaced by a wide boulevard.

The wider area around Ypres would sink away into trench warfare and a four-year stalemate during the First World War. Among the wreckage, Allied soldiers can be seen lowering an immense observation balloon, a common method of gathering intelligence at the time. 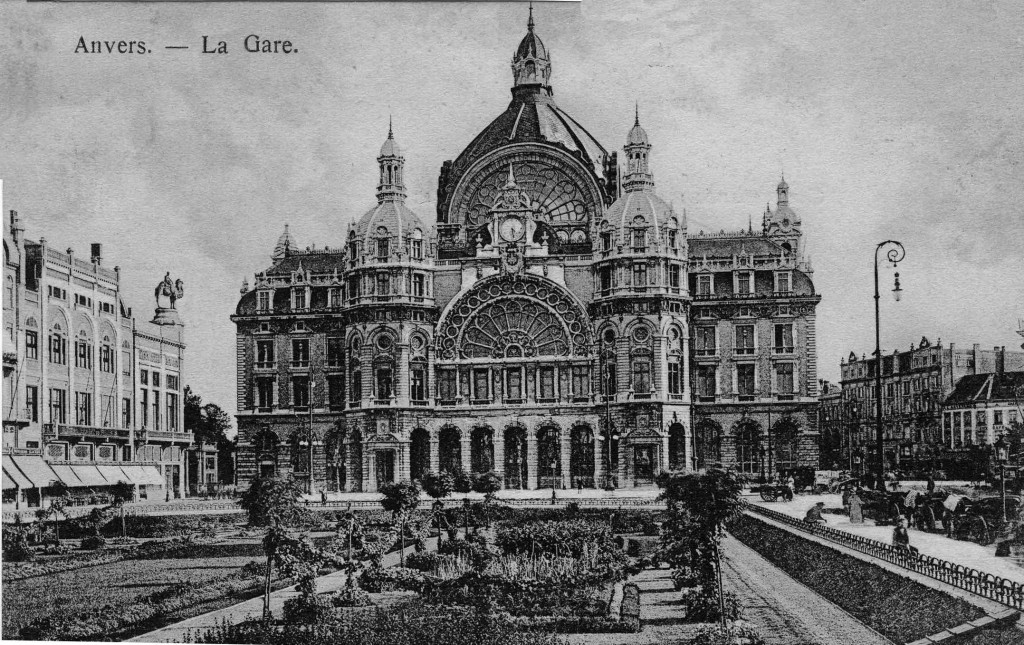 Circa 1910: Antwerp Central Station in full glory, just a few years after its completion in 1905 | Public Domain/WikiCommons 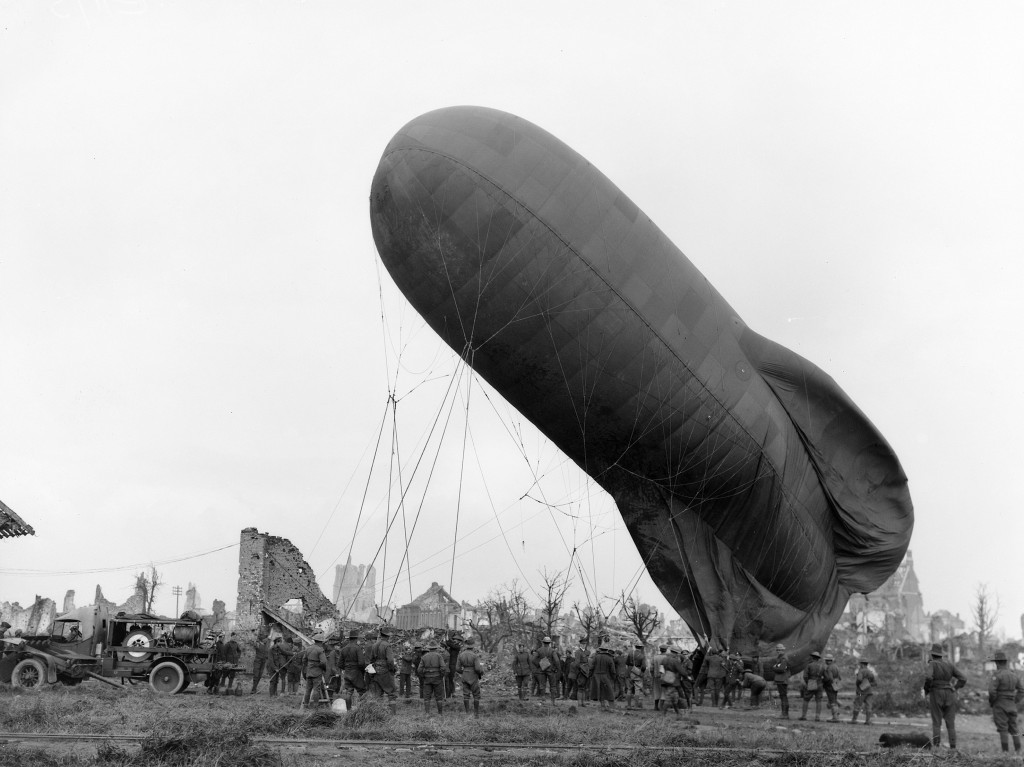 1917: Allied troops letting down an observation balloon in the Ypres area, one of the major battlefields of the Great War | Public Domain/WikiCommons

In 1920, Antwerp played host to the first postwar Olympics, premiering the original Olympic flag with its signature interloping circles.

By the 1920s, the Belgian capital started building what would become one of the largest metro networks in Europe. Pictured is a buzzing Brussels stock exchange – known to locals as La Bourse – that doubled as the center to the growing tram web. 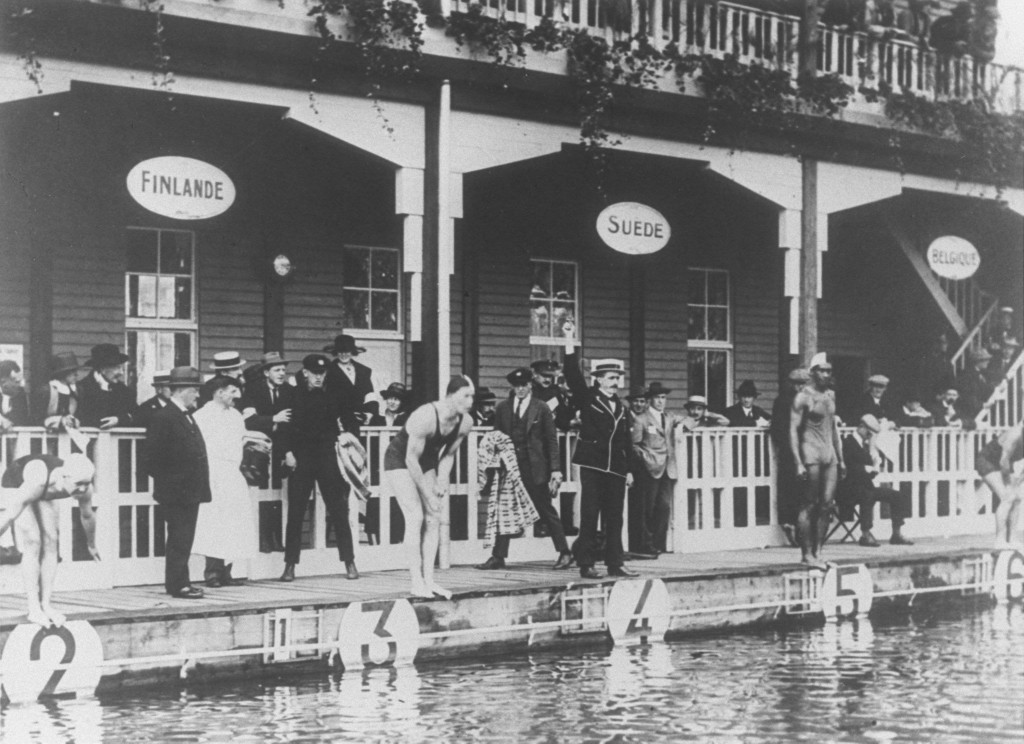 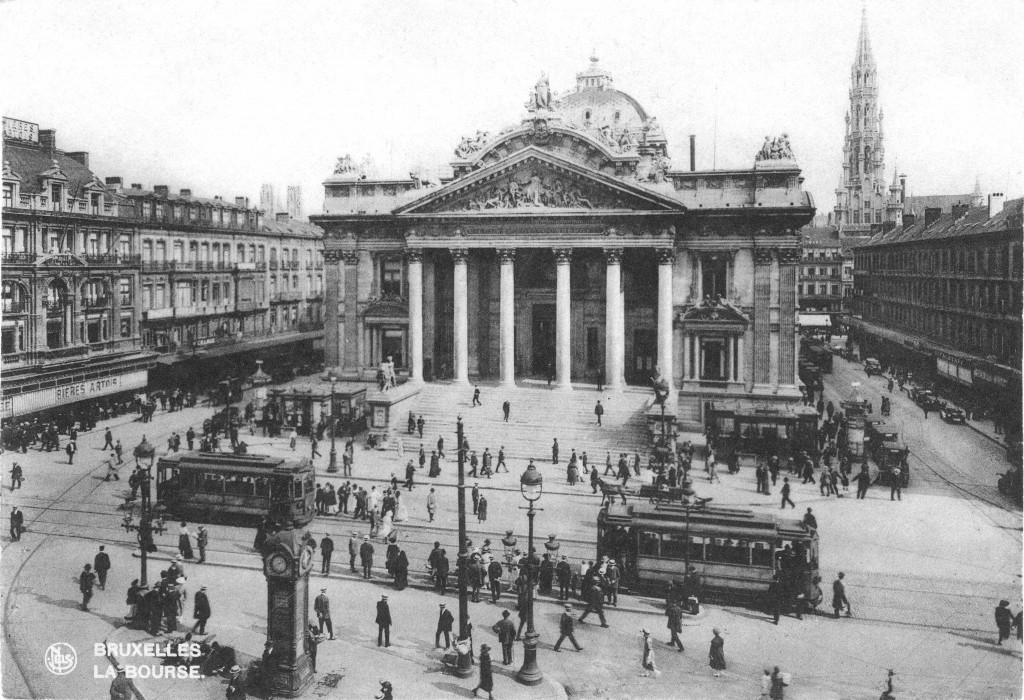 For Belgium, the interbellum was not only a time of mourning its losses but also a time of looking toward the future. On building its ‘Boerentoren’ (or ‘farmer’s tower’), Antwerp broke ground in Europe as the first city on the mainland to plop down a skyscraper. Meanwhile, the historic city of Ghent counted its lucky stars that its ancient Castle of the Counts remained unharmed – and did so again after the Second World War. 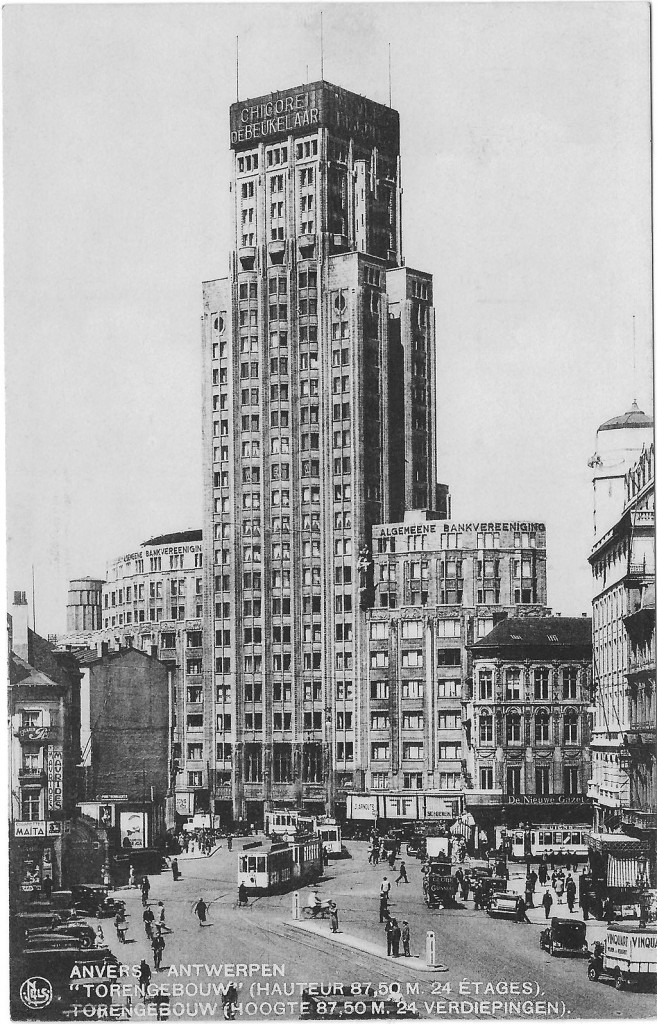 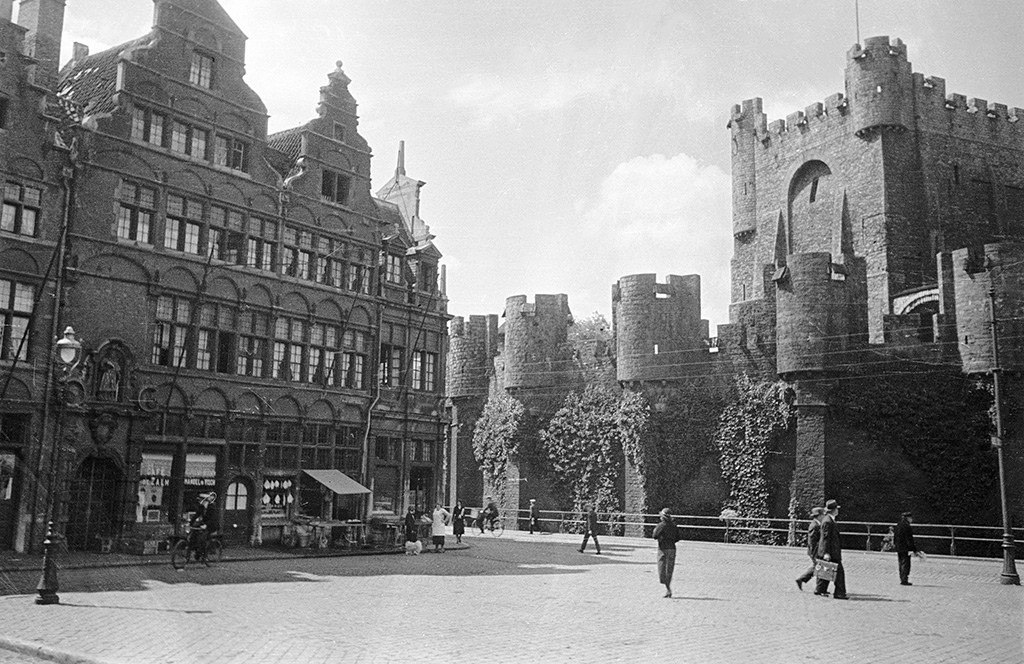 While most of Belgium was liberated by the late summer and early fall of 1944, Nazi Germany was intent on destabilizing the country’s key harbors by continuously firing off V-2 rockets. These unexpected horrors would strike down at random moments to spread chaos and fear, as they did on November 27, 1944, in the port city of Antwerp. 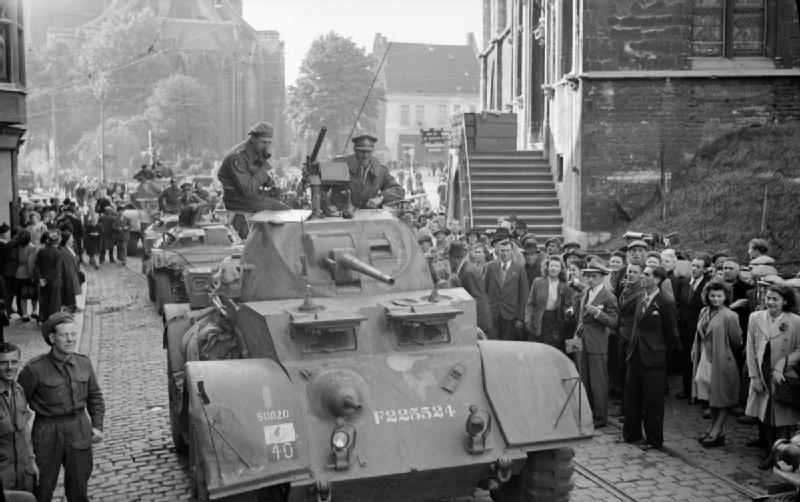 1944: the liberation of Ghent by local fighters and British troops near the end of the Second World War | Public Domain/WikiCommons 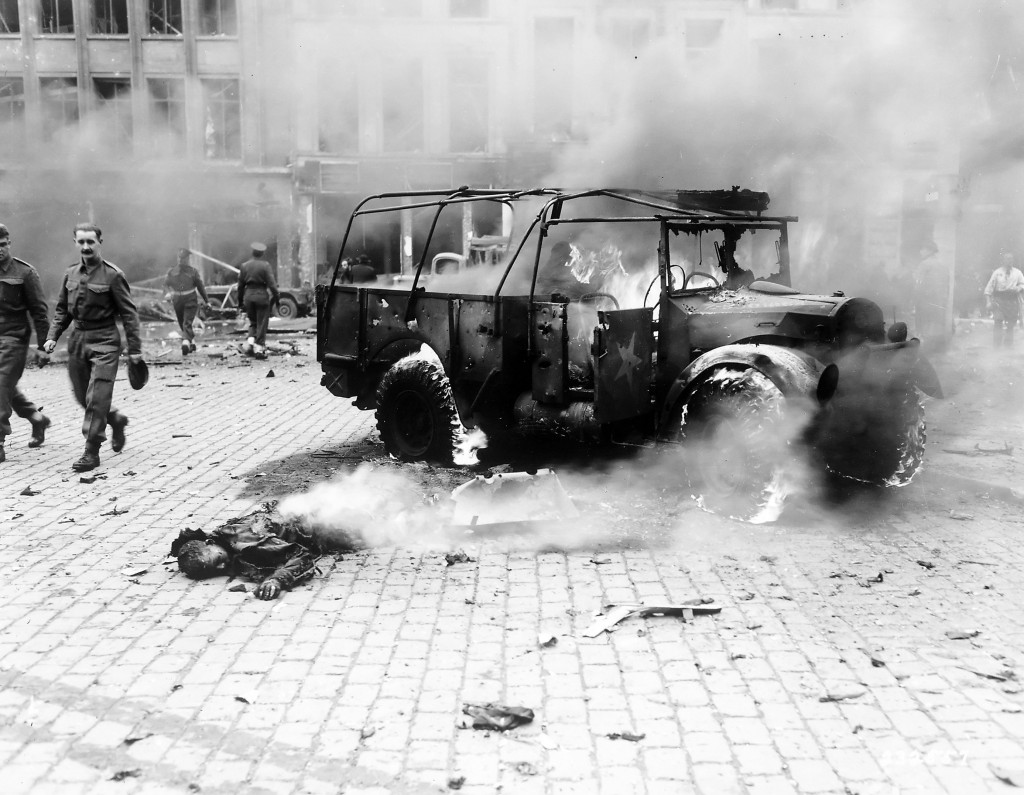 November 1944: a victim of a vicious V-2 attack on Antwerp | Public Domain/WikiCommons

By the 50s, the Belgian excuse for its presence in the Congo – the same one that every colonizer offers up when asked to explain himself: bringing civilization to an uncultured people – began to feel outdated. Erecting a massive ‘native village’ where Congolese people were paraded around in raffia skirts alongside state-of-the-art architectural accomplishments such as the Philips Pavilion and the Atomium didn’t help. By 1960, the colony had its independence. 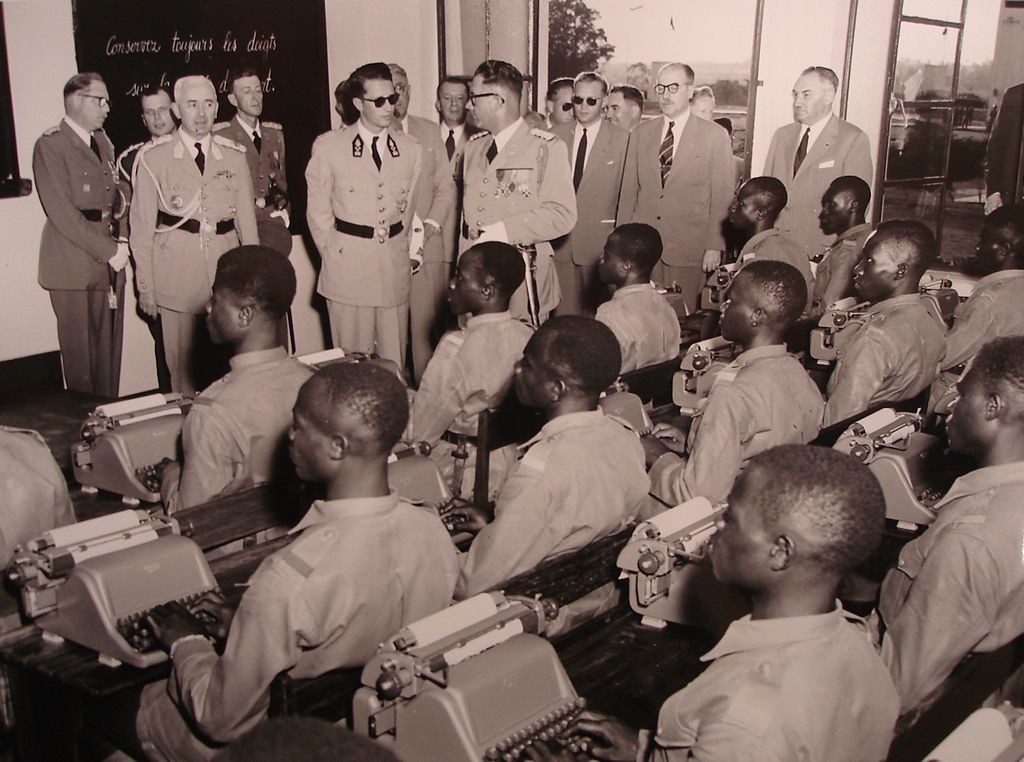 1955: King Baudouin visiting a military school during his first state trip to the Belgian Congo | © CongoPress – Archives of the Royal Palace, Brussels/WikiCommons 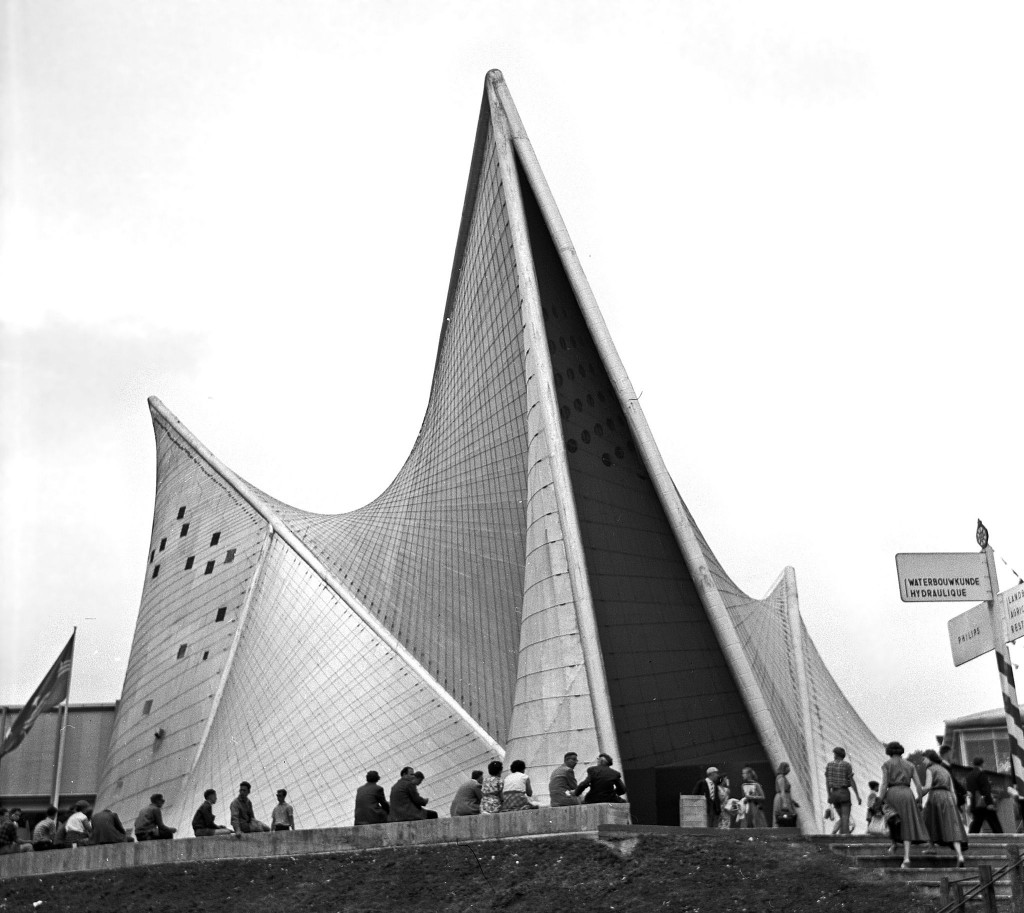 1958: the Philips pavillion at Brussels’ World Expo in ’58 | © Wouter Hagens/WikiCommons

By the 60s, the car had become king thanks to mass production and affordable prices. Belgian families took out their beloved automobiles for day trips to Ghent or Bruges, where they parked in rows in the ancient city cores, right in front of ancient step-gabled houses. 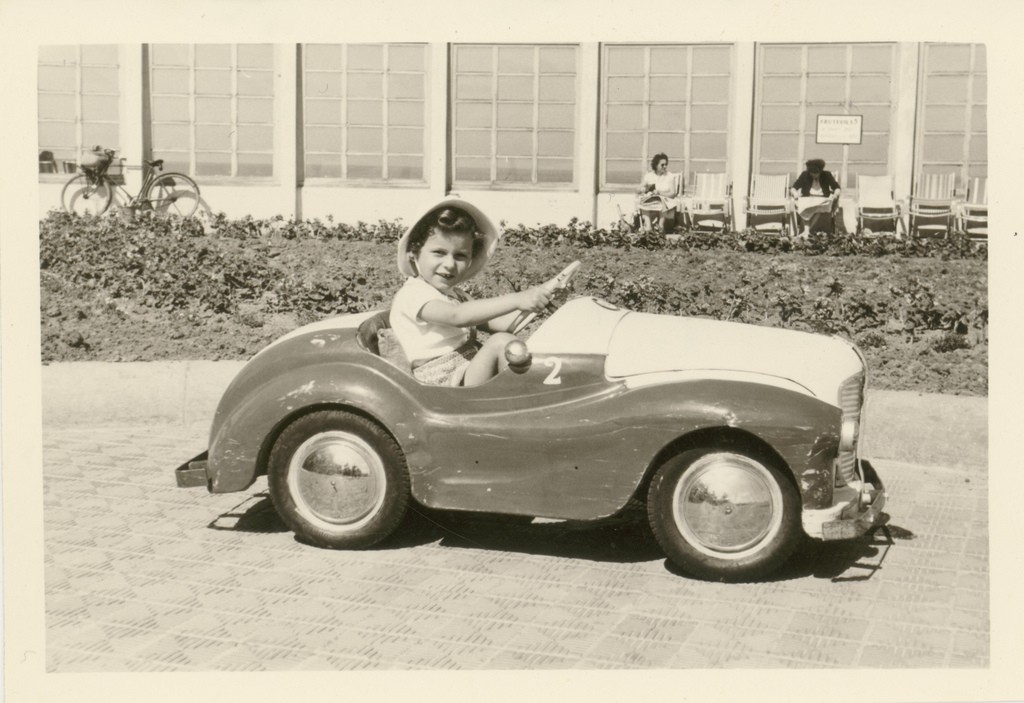 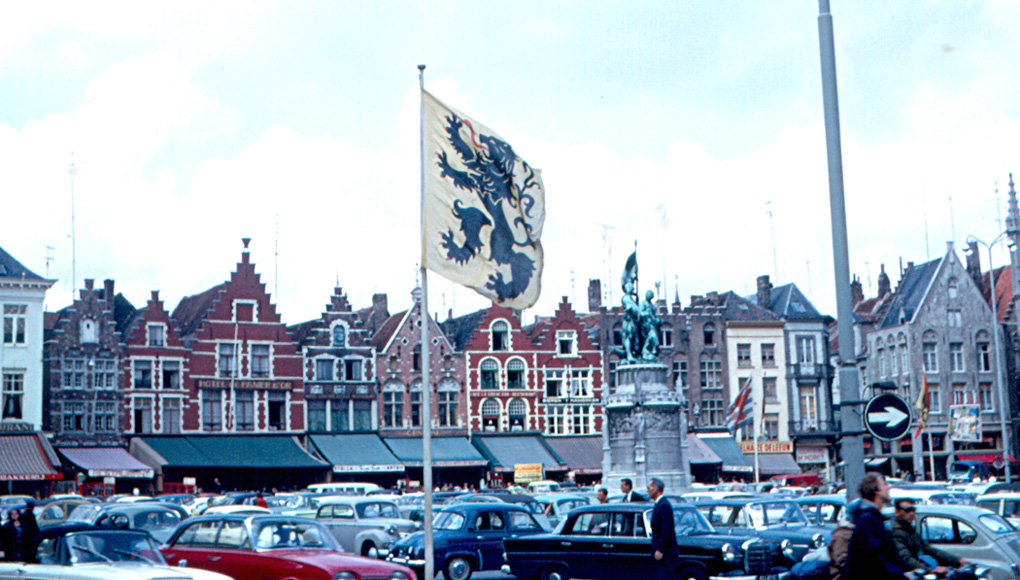 Around the same time that high-rises were popping up all over big cities like mushrooms, by the late 70s, the capital’s chaotic growth spurt and its general laissez-faire attitude towards urban planning earned the pejorative term ‘Brusselization.’ Examples also showed up in other cities such as Ghent, where the 15th-century Rabot monument got closed in by three modern residential towers, providing a particularly bizarre visual match-up. 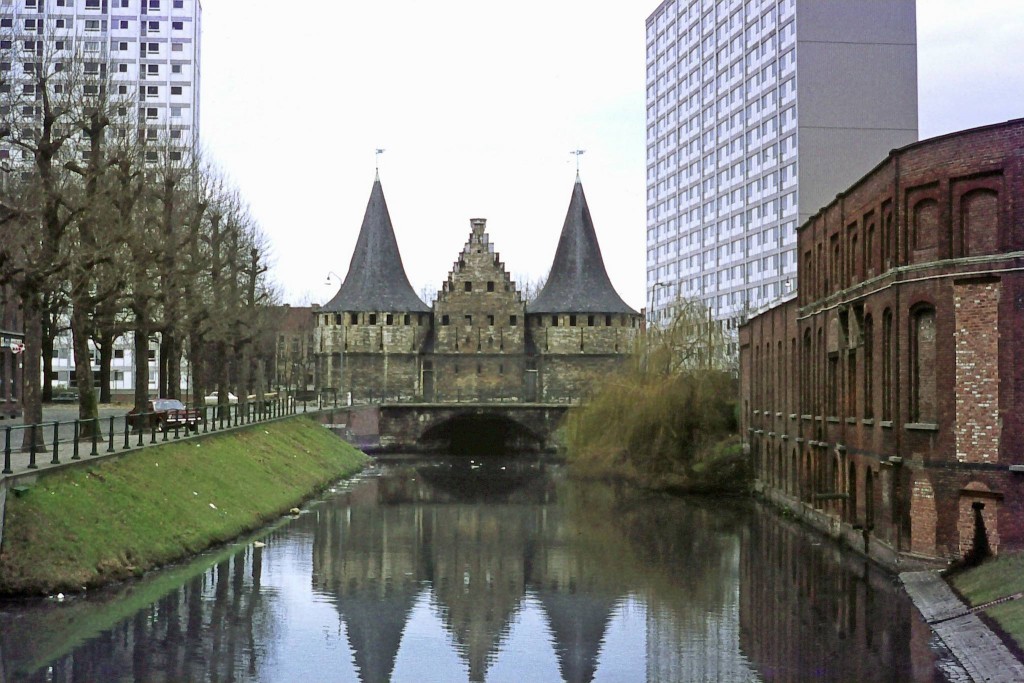 In the 80s, the Belgian bath cities took a huge step forward in expanding their tram network, which would become the longest metro line in the world. It travels all along the country’s coastline, providing panoramic views of the North Atlantic on its way from De Panne to Knokke and back. 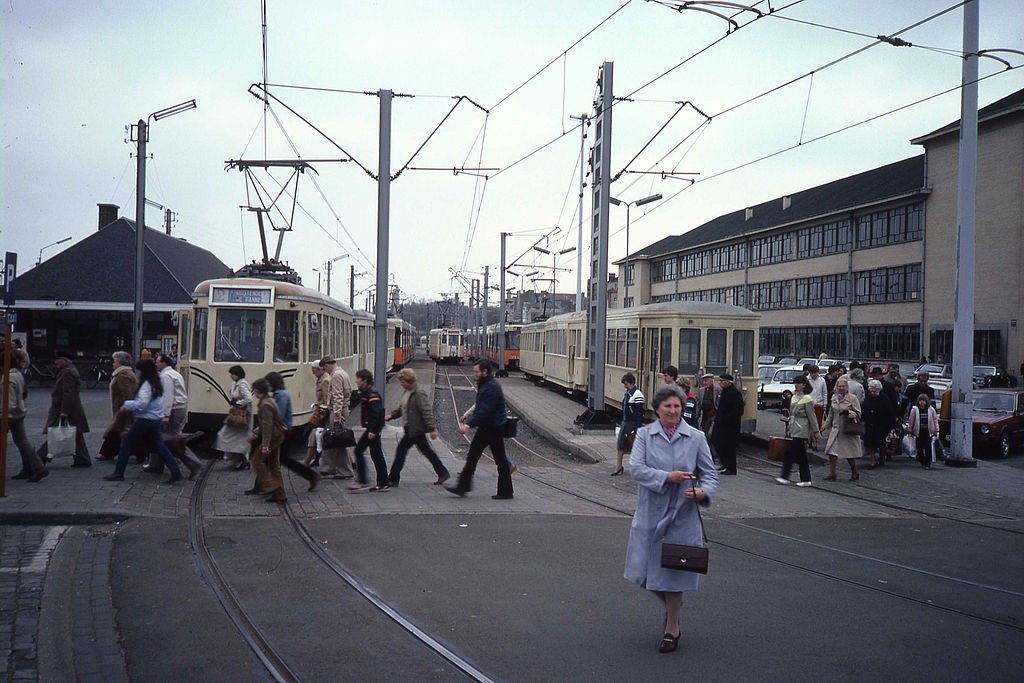 1982: the old pale yellow trams of Ostend, just before they were replaced by their orange successors seen in the background | © smiley.toerist/WikiCommons

Belgian tourism was thriving. The Atomium, a treasured monument from the ’58 Expo, grew into Brussels’ official symbol to the world. And quaint Bruges had to introduce a new traffic circulation plan and a building ban on new hotels in the historic center to deal with the ever-growing swell of visitors. 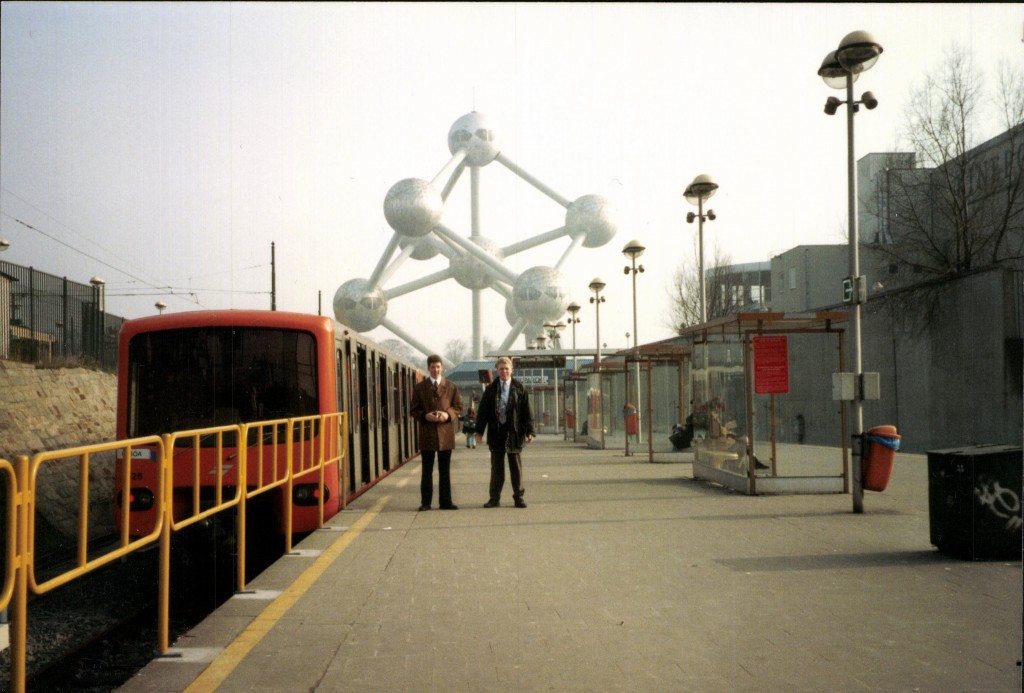 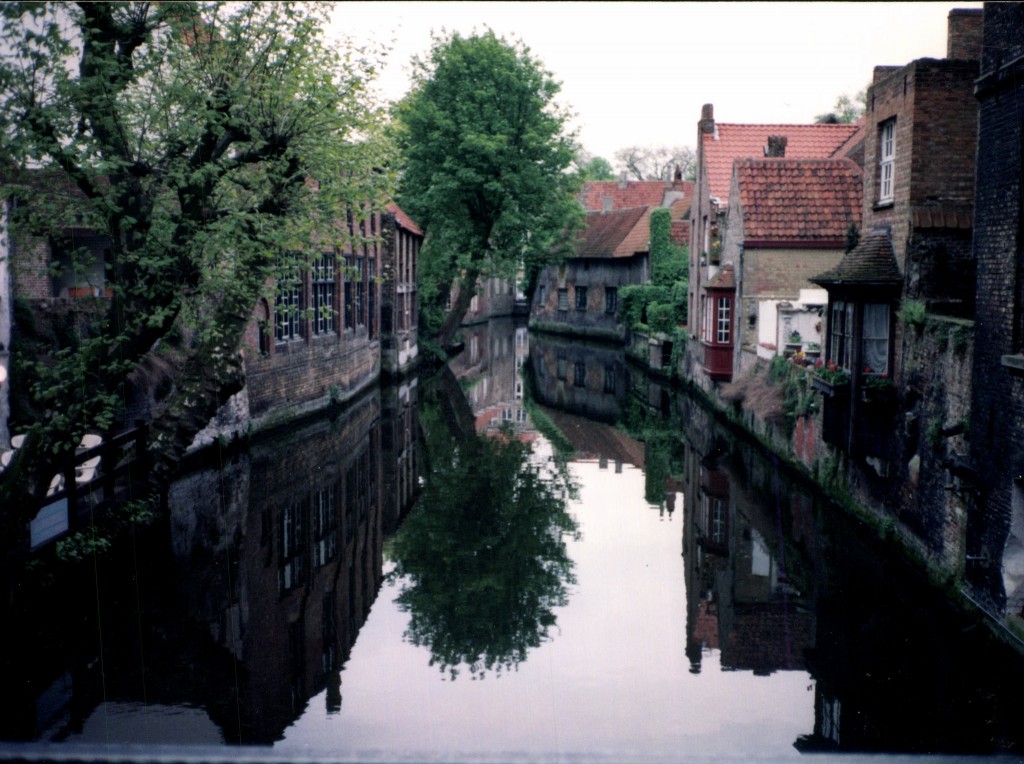 Circa 1992-1994: cozy Bruges now has to detour tourist buses and limit hotels in the center to keep the ‘Venice of the North’ inhabitable for its locals | © Philms/Flickr

As the aftermath of the helter-skelter ‘Brusselization’ years unfolded, the capital and other major cities contemplated the need for sensible urban planning. The 2000s saw the building of two innovative gems in the public space, Antwerp’s MAS museum and Liège’s railway station, both of which would heap international praise. 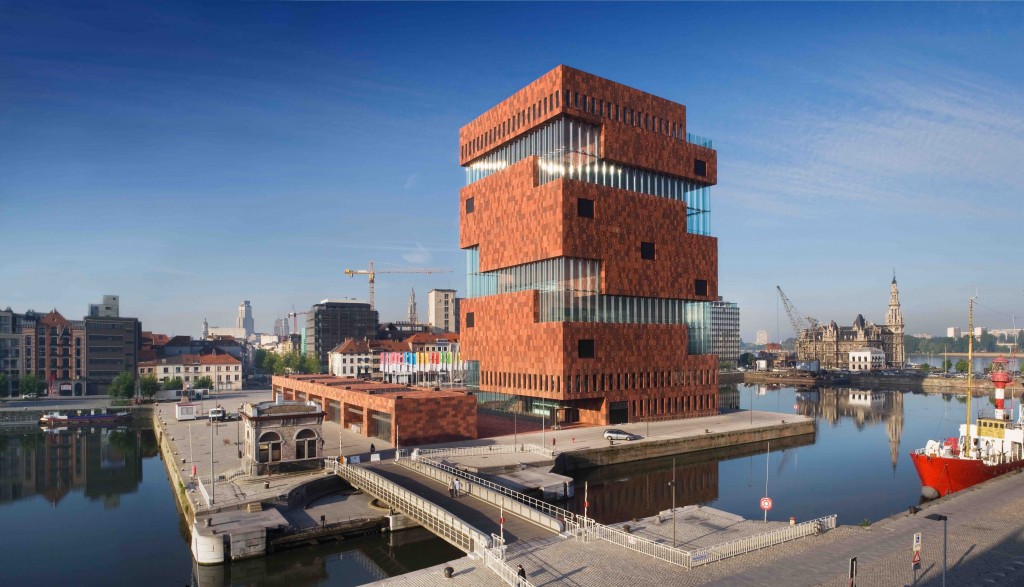 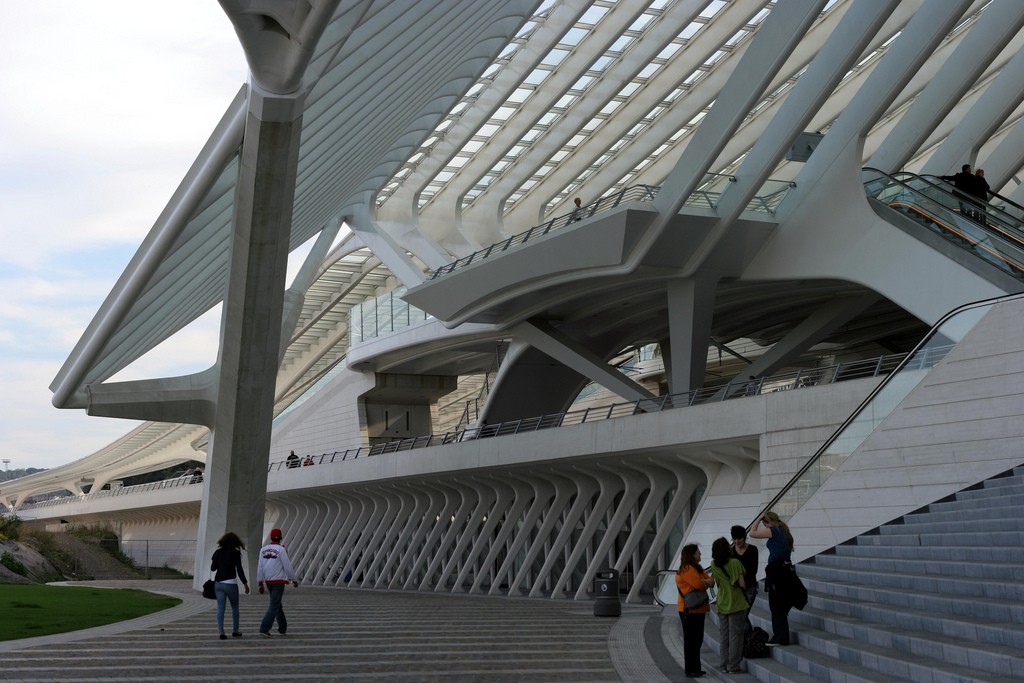