Paul Delvaux: The Painter Who Transformed Passion Into Masterpieces 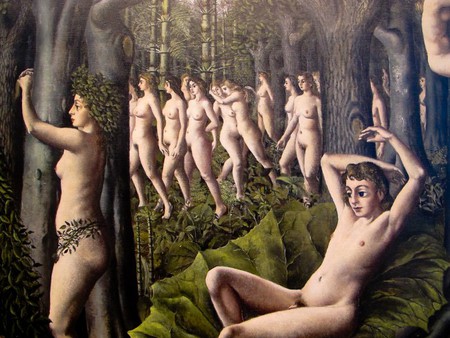 Paul Delvaux was a renowned Belgian artist famed for his surreal sketches and paintings that reflect his precision and imagination. He mixed craft and passions and created masterpieces like the Sleeping Venus and La Gare Forestière. Here, we take a deeper look behind the scenes of Delvaux’s life and the pieces he painted.

Paul Delvaux was born in the Belgian province of Liège. He studied Greek and Latin at an early age, which later served as inspiration for many of his paintings. He studied at the Academy des Beaux-Arts in Brussels, but because his parents disapproved of his dreams of becoming a painter, he joined the architecture department instead. Nevertheless, Delvaux eventually achieved his goal of becoming a painter by enrolling in classes where he learned to put landscapes on canvas.

Delvaux’s early work in the 1920’s was mainly inspired by Flemish expressionists like Constant Permeke and Gustave De Smet, which led to one of his trademarks — naked women. Another element Delvaux also represents in a number of his paintings is trains, which he fell in love with when he saw the early trams that ran through Brussels. 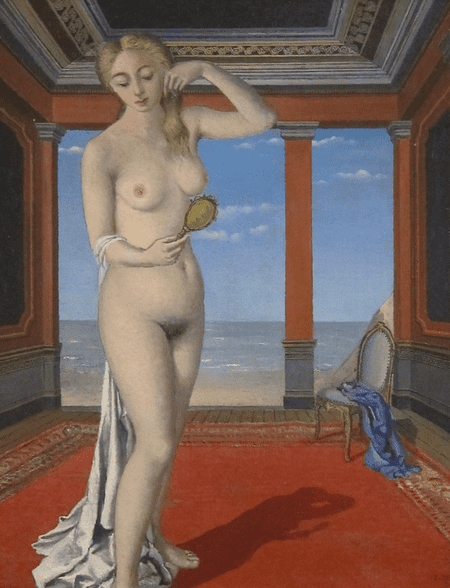 His first exposition debuted in 1925 and turned out to be very successful due to the unique themes portrayed in his work — specifically, the number of naked women featured throughout his work. Against all odds, these pieces ended up being positively received in Belgium. In Harry Pearson’s book A Tall Man in a Low Land, the author writes, “Whatever their position in upholding the class structure, the nipple count in the Paul Delvaux Museum must be well into four figures. Naked women line the walls from floor to ceiling.”

After his humble beginnings, Delvaux’s work gained traction and would be featured in exhibitions around the world, including prominent art galleries like the Tate in London, and the Guggenheim in New York. 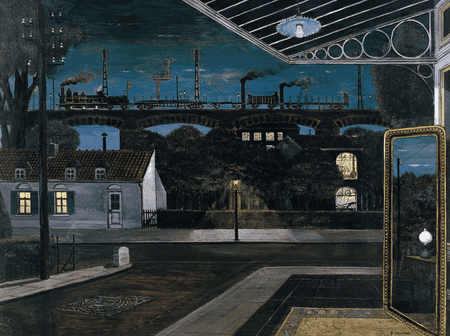 One of Delvaux’s more famous works is La Gare de Forestière, which is an oil painting composed of contrasting colors. His distinct passion for machinery is also portrayed magnificently within this painting, as you can clearly see a train pulling away from a station. When viewing this painting, which is displayed at the Paul Delvaux Museum in Belgium, visitors can feel the passion emanating from this piece. 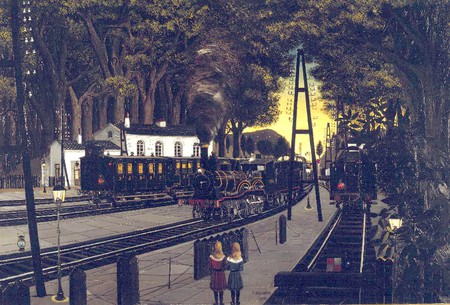 Delvaux’s early studies also served as an inspiration for the mythological scenes in his works. Another Delvaux signature is his attention to detail when it comes to illustrating buildings and structures — for example, many of his paintings show signs of ancient Greek and Roman architecture, which is a reflection of his exposure to mythology at an early age and his architectural studies at the Beaux-Arts.

Many patterns of squares and lines can be found in his work, which create a sense of order and serenity even though the characters of the scene sometimes do not mesh with the environment. His childhood obsession with skeletons added a sense of peculiarity to his works, as he tended to include figures that could best be described as the “walking dead.”

Sleeping Venus is the perfect example to illustrate Paul Delvaux’s work because it combines the aforementioned themes of mythology and anatomy while also illustrating his meticulous attention to detail. The combination of these elements is what makes Delvaux’s work truly unique. 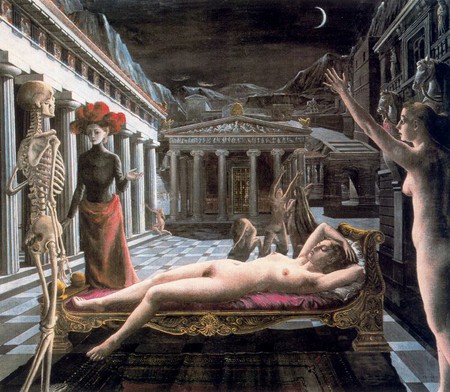 Paul Delvaux was a painter of great talent who successfully combined inspiration and expertise. His paintings are original, serene and beautiful. The effort he put into his pieces is considerable, and the results are breathtaking.