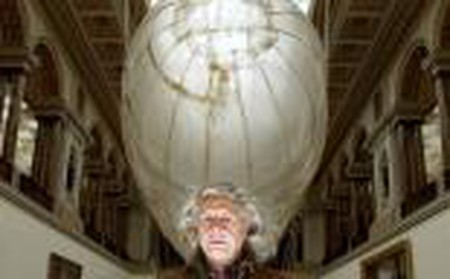 Belgian artist Panamarenko’s experiments in aircraft design have resulted in a prolific output of vehicles made principally for their ideal design rather than utility. His machines exist as sculptures, designed to expand the realm of artistic understanding and open the borders between scientific exploration and creative production. 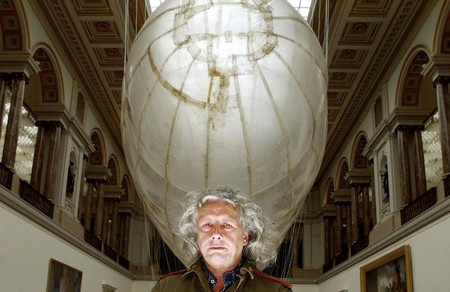 Panamarenko’s Aeromodeller resembles a flimsy, D.I.Y. zeppelin, plopped down in an exhibition space. The machine, with its transparent balloon and cane passenger basket, defies clear categorisation. Its careful design has been considered for function, yet its context (the gallery) and handmade appearance would dissuade the public from boarding its feeble gondola.

The earliest drawings for the Aeromodeller were made in 1969, and when the Belgian artist presented his final structure two years later, it was meant to be airborne. His careful research – there exist a variety of drawings presenting diverse solutions to the problem of construction, and Panamarenko even went on a zeppelin ride during the early days of development – and careful assemblage was meant to conclude with the Aeromodeller’s exhibition at the Sonsbeek buiten de Perken, a significant art show which took place in the summer of 1971. The artist would reveal his contraption mid air, as he launched from Balen and landed in the Sonsbeek Park in Arnhem. In the months leading up to the event, Panamarenko received letters from the Antwerp City Council and the Arnhem authorities in an attempt to restrict his plan for fear of endangering the area and its residents. Yet the artist moved forth with his project, intent on seeing it through to the end. 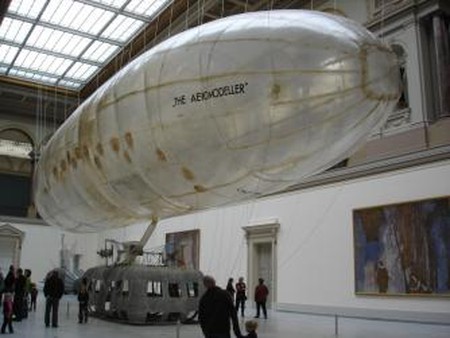 On June 6 1971 Panamarenko brought his masterpiece to a large meadow behind the home of artist Jef Geys in Balen. Around mid morning he and a group of assistants began to fill the massive balloon with hydrogen gas; it would need around 650,000 litres of this highly flammable substance in order to achieve lift off. As the men fought against the weather to lift the balloon above the passenger basket, the vessel became more and more deformed, increasing the fire hazard. Fearing a full on disaster, Panamarenko took a pair of scissors and slashed into the balloon to release the dangerous gas, and thus the Aeromodeller was never launched.

In subsequent exhibitions of the Aeromodeller – it has since been shown several dozen times – it is filled with air, a far heavier substance. This substitution is perhaps ultimately more appropriate for the artist’s lasting interest in design over function. He sought not to create true aircrafts, but rather to form an ideal structure, as in sculpture. Following the Aeromodeller, Panamarenko’s machines were not designed to resist function, but rather without consideration for it. The defunct nature of his flight devices becomes part of their intended beauty, as life sized embodiments of failure. In discussing his projects the artist stated: ‘..it’s a miracle if the object works, but it would be even more perfect if it didn’t. The objective is then completed within the strict confines of the dream.’ Regardless of his prevailing concern for the ideal mechanism, he was nonetheless inspired and intrigued by the laws of physics, biology, aerodynamics and technology. 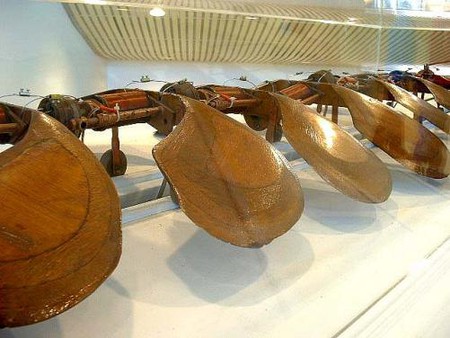 Panamarenko graduated from Antwerp’s Royal Academy in the 1960s, a period in which Antwerp had become a hub of creative activity. During this time the Wide White Gallery was opened by Anny De Decker and Bern Lohaus, a student of Joseph Beuys. The gallery was inaugurated with a night of ‘happenings’, or short artist performances, and Panamarenko was one such participant together with Joseph Beuys, Marcel Broodthaers, Lucio Fontana and Piero Manzoni. These artists gathered together through their distaste for 1960s minimalism and interest in creating art that moved beyond basic aesthetics to expand the boundaries of what could be considered art. Both Beuys and Panamarenko recognised that art had become limited through its insular nature, and sought to join their creative practices with the sciences. Whereas Beuys’ interest lay more in the natural sciences and mystical thought, Panamarenko steered his experiments towards hard science. His chosen pseudonym – his actual name is Henri Van Herwegen – is inspired by the US run, Pan American Airlines, and reflects his unwavering interest in flight throughout his career. 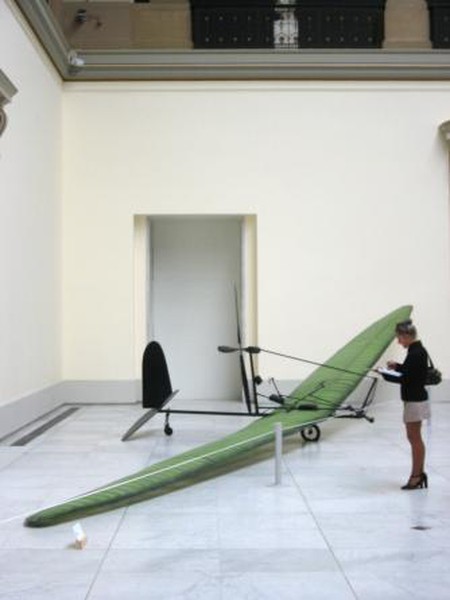 Among his numerous other projects is his Das Flugzeug (1968), a skeletal, double propellered, pedal-operated flying mechanism, the delicate body of which would seemingly snap with the weight of an average sized person. While his Meganeudons, kinetic objects designed to copy the wing patterns of insects, were prevalent amongst his output, and often recalled the zany experiments in air travel made by the Wright brothers. Such apparatuses express nostalgia for a lost era’s dreams of aviation. As such his projects exist as a celebration of the individual, the visionary dreamer, committed to the realisation of a seemingly impossible feat.

Following a successful career, Panamarenko announced his retirement in 2005, leaving his experiments in flight behind to develop his own coffee brand, PanamaJumbo. In 2006 he donated his home and workshop, where he lived and worked from 1970 until 2002, to the MHKA, the Museum of Contemporary Art, Antwerp, as an extension of their museum. Packed with drawings, objects and materials, visitors to the home can experience a space that is authentic in its contents, yet carefully curated by the museum in the manner of an exhibition. Following its donation, Panamarenko designed and built a helicopter pad that stands on the roof of the building, marking his final involvement with the space.