Everything You Need To Know About Neo, Arturo Alfandari's International Language Project 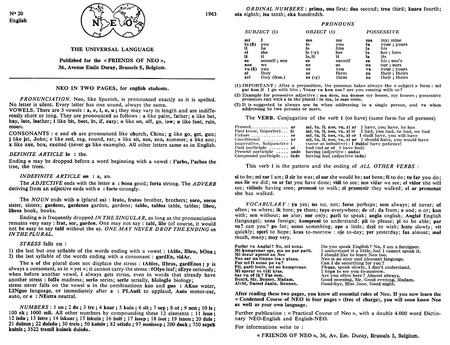 Since the 1700s, about 500 artificial international languages have been invented: Kosmos, Volapuk, Esperanto, Universal, Ido, Novial, Mundolingue, Idiom neutral, Lingua Komun, Interlingua, Adjuvanto, and Lojban, to cite a few. And then there’s Neo. Ka Lo Mat*– never heard of it before? In 1961, Neo was introduced by a Belgian diplomat of Italian descent, Arturo Alfandari, in Brussels. Find out more about him, his honorable motives for creating Neo, and what became of it.

In 1961, Arturo Alfandari, a Belgian diplomat of Italian descent, launched a new international auxiliary language (IAL), namely Neo. An IAL is not intended to be anyone’s native language nor to replace it. Rather, it is to be used as a communication ‘tool’ by those who speak different languages.

Mr. Alfandari was in the perfect position to realize that mutual comprehension is vital when trying to communicate, as during World War I, he served as a cypher officer for the Italian High Command, coding and decoding secret messages. He also experienced first-hand the Flemish vs. Walloon language diatribe during his time as a diplomat for the Belgian government.

Arturo Alfandari’s motives for creating Neo were certainly honorable. He wanted a language where no party would be at a linguistic disadvantage – be it an Italian diplomat meeting the Belgian Prime Minister or simply a French man talking to a Portuguese woman about his favorite dish. Putting all speakers of Neo on equal footing would remove the inherent superiority of the group owning the language being used.

In response to this vision, Neo was born and immediately endorsed by The International Language Review, a magazine which acted as a platform for proponents of various IAL projects, such as Esperanto, Ido, Occidental, Interlingua, Glosa, etc. Neo was easy to learn; all the verbs were conjugated in the same manner, with no exceptions. Also, everything was gender-neutral, and grammar was extremely simple.

In 1966, sporting a fiery-red cover, the book Rapid Method of Neo was published. 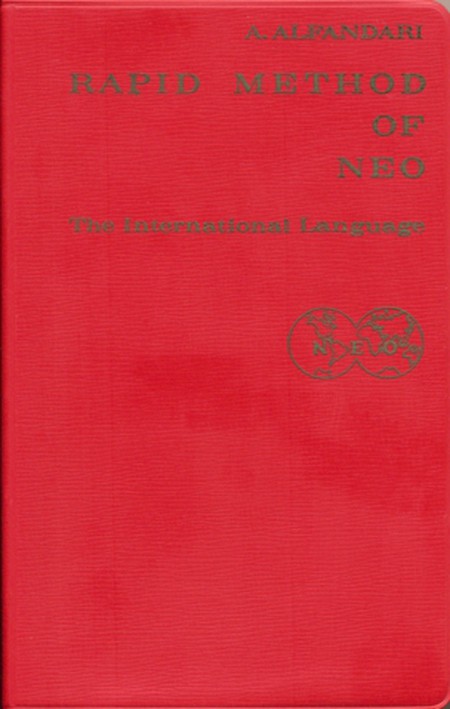 Cover of the Rapid Method of Neo | © WikiCommons

One of the main reasons for creating an IAL is to make it easy to learn. Neo relied on regularity and predictability, two key elements that make learning a new language a piece of cake. When you make predictions, you are forming ideas about the future based on what you already know. Neo was predictable in that way: the patterns, sequences in words and sentence structure would enable anyone to almost guess ‘what comes next.’

The language’s entire grammar was explained on pages 12-13 of this 402-page manual, which went on to include a full Neo dictionary as well as a study guide.

The Rise and Fall of Neo

So, what became of Neo?

The main problem with many constructed languages, as with Neo, is that people prefer to turn to a language with a larger user base. Though a complete fluency of Neo could be achieved rather quickly, Arturo Alfandari struggled to keep his language viable. Alfandari formed an association for the diffusion of Neo, Amikos des Neos, as well the Neo Academy to further expand and promote the usage of the IAL.

Unfortunately, despite Arturo Alfandari’s efforts, Neo did not take off, and with its inventor’s death in 1969, the Belgian IAL came to the end of its life too.

Surprisingly, though Neo dates back to the 1960s and is practically a dead language, some aficionados for the language remain to this date. Meet them by joining their Facebook group or find them on Twitter. And why not try to learn the language yourself? The Friends of Neo website proposes some learning material that you can easily download. After all, Arturo Alfandari always meant for it to be a simple language.