Nearly All The World's Diamonds Pass Through Antwerp, Here's Why 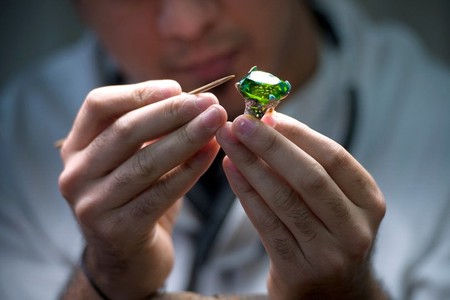 A jeweller working on a diamond ring. | © Contest Bum / Flickr

Stepping out of Antwerp’s central train station, you walk straight into one of the least attractive parts of town. Dreary houses, shoddy storefronts and the occasional overflowing garbage bag greet you. But don’t let these dilapidated facades fool you: behind them lie some of the world’s most expensive stones. Welcome to Antwerp’s Diamond Quarter.

Every day around 220 million dollars worth of diamonds pass through Antwerp’s Diamond Quarter (called ‘Diamantkwartier’ in Dutch), also dubbed the Square Mile, because the area is no bigger than a few blocks and only covers about one square mile (2.6 square kilometres). The district has a turnover of 54 billion dollars a year, making it one of the top-grossing areas of the world.

Antwerp handles 84% of the world’s rough diamonds, 50% of the polished diamonds and 40% of industrial diamonds, which makes it highly likely that any diamond in the world today has passed through the Belgian city at least once, either for cutting, polishing or sale. 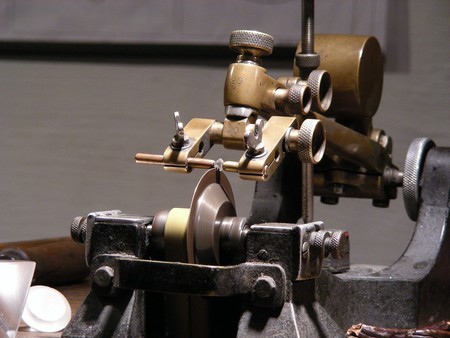 A diamond getting cut in half. | © Kristina D.C. Hoeppner / Flickr

The diamond trade in Antwerp took off shortly after 1456, when Flemish diamond polisher Lodewyk van Bercken invented the scaif, a polishing wheel infused with a mixture of olive oil and diamond dust. The scaif made it possible to polish all the facets of the diamond symmetrically at angles that best reflected the light, creating the stereotypical sparkling diamonds we know today.

Van Bercken’s invention attracted large orders from Europe’s aristocracy and drew many highly skilled diamond craftsmen to the city. Antwerp’s name as diamond capital of the world had been established.

Antwerp’s strategic location on the river Scheldt, which connects the city to the North Sea, helped develop the city into a bustling trade centre in the early 16th century. Diamonds from all over the world were sent to Antwerp to be cut, polished and traded, further securing the solid reputation the city had earned as the best place to deal diamonds.

Today, four of the world’s 30 diamond exchanges are in Antwerp. The Antwerp World Diamond Centre facilitates the import and export of diamonds in and out of the city. 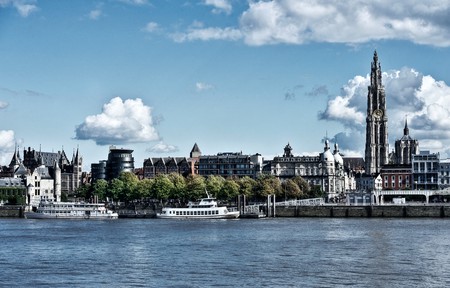 The Diamond Quarter houses over 3,500 merchants, diamond cutters and brokers, working in 380 workshops and serving over 1700 diamond firms. The Antwerp diamond sector accounts for 6,600 direct jobs and over 26,000 indirect jobs and represent approximately 15% of Belgian exports outside the European Union.

Over 70 nationalities work in the Diamond Quarter, with most employees having Jewish, Jain Indian, Maronite Christian Lebanese and Armenian roots. Because more than 80% of Antwerp’s Jewish population works in the diamond industry, no business is conducted on Saturdays, Judaism’s day of rest.

No less than 2,000 security cameras guard the Diamond Quarter, but that didn’t stop criminals from stealing over $100 million worth of diamonds, gold, and other jewellery in February 2003. The perpetrators of what has been dubbed ‘the heist of the century’ were caught within a week, but most of the loot was never recovered.