The Life And Work Of Michaël Borremans 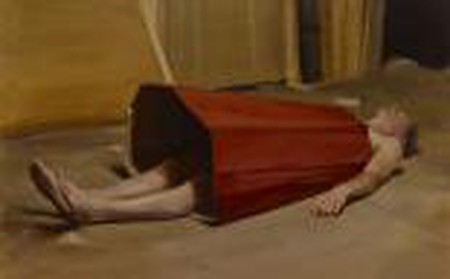 Prominent Belgian artist Michaël Borremans creates precise and detailed paintings of strangely lifeless and ghostly subjects, unmatched on the contemporary art scene. We take a look at his paintings, and how they create a psychologically challenging experience for viewers, in this overview of Borremans’ life and work. 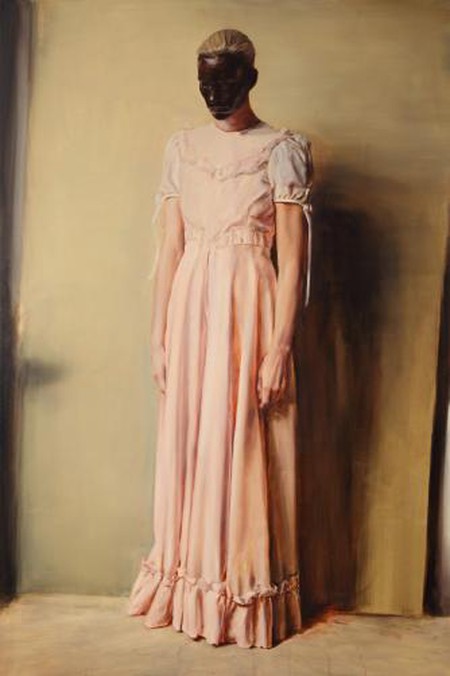 Much of Michaël Borremans‘ work is composed of people in partial states, often shown as if they were mannequins, all the while still maintaining extremely fleshy and life-like skin tones. In addition to these somewhat unnerving portraits, Borremans also paints landscapes with a similar melancholic and mysterious atmosphere. Painting primarily with oil paints, his brushstrokes alternate between sketchy fluidity and opaque solidity that contributes to the strange atmosphere of his paintings. Borremans’ style of painting and drawing has been influenced by artists such as Manet, Degas and Velazquez. At first glance one may believe that these works of art are realist paintings, but the sense of realism is challenged by the radically unsettling and haunting quality of Borreman’s works.

His painting titled Dominance is an example of the juxtaposition between the method of painting and the subject matter. This is a depiction of the top half of a sullen looking girl placed before a background of quickly painted hands that show through the girl’s slightly translucent torso, although she appears to be a decidedly solid figure. Angel is both hopeful and haunting, its pastel tones jarring with the blackened face, deliberately stripped of any identity, charred beyond recognition. The figure in the painting is devoid of all identity, becoming an archetype – but it remains unclear whether the title is to be taken at face value, or whether it is there to further confound the viewer.

These unsettling and highly ambiguous paintings by Borremans offer up individual and idiosyncratic interpretations depending on the viewer’s own perspective and life experience. 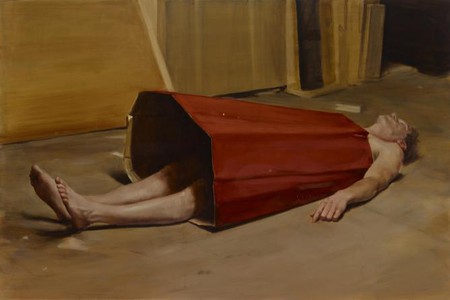 Known for both his paintings and film, Borremans is a pioneer in the art of combining image in motion. His films are generally slow-paced collections of images with minimal movement or progression. In some, gesture is virtually indistinct, with figures simply sitting in a circle, meditating or lifeless. In other films, individual shots remind the viewer of the artist’s other medium, painting. Not only are the films themselves framed by the TV – the TV itself is often set in a wooden frame, and the figures who appear in the film are framed, again, by the shot in which they find themselves. The slow movement of the camera often stops, focusing for a moment on the detail of a face, or presenting a bust as if it were in a painting. Certain scenes from the films morph into Borremans’ paintings, crossing a profound aesthetic, technical and conceptual barrier. 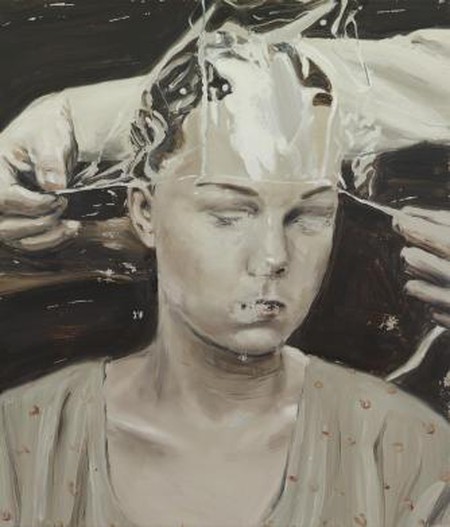 Borremans’ work has an eerie and solitary feel that draws viewers in, forcing them to question the dichotomy between the realistic figures and their apparent lifelessness, thereby challenging the traditional view of realism.

Borremans was born in Geraardebergen, East Flanders in 1963. From his background in photography at the College of Arts and Sciences Saint Luke in Ghent, Borremans then began to explore drawing and painting as a method of expression. Prior to his success as a full-time artist, Borremans taught at the Secondary Municipal Art Institute of Ghent until his work was discovered by fellow Flemish painter Jan Van Imschoot. This meeting of the two artists eventually, through Van Imschoot’s connections, led to Borremans’ first major exhibition at the Zeno X gallery in Antwerp. Since then, Borremans has been exhibited around Europe and America.