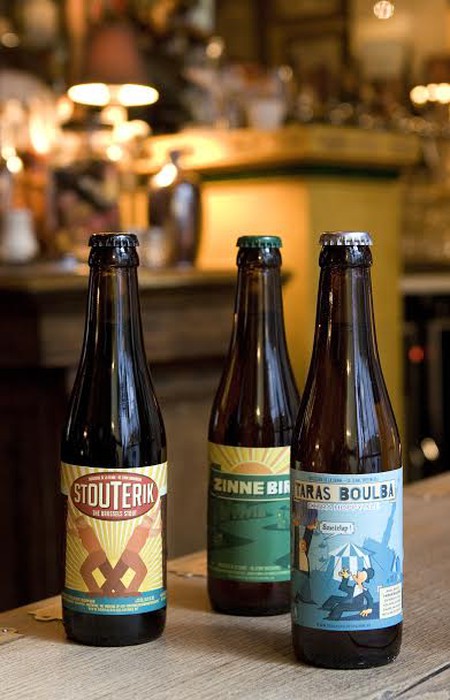 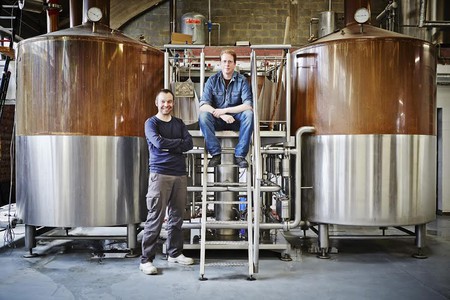 How did you two meet and how did you get the idea to start up your own brewery?

We met by a happy coincidence, in May 2002, during the Zinneke Parade of Brussels.

We were then both homebrewers, brewing the bitter and hoppy beers we couldn’t find on the market anymore at that time. Brought together by our passion, we decided to become professional brewers in 2004.

What were the biggest difficulties you encountered?

Finding a suitable and afordable location, as we started with almost no money. Finding the money wasn’t easy at the time either…

Besides Cantillon, the Brasserie de la Senne is the only other brewery based in Brussels. Why do you think there are so few breweries in the capital?

To be precise, there is a third one, quite new, that is a real brewery too: En Stoemelings. They are still small, but honest, as they make everything by themselves. And they make good beer. There are also other brands related to Brussels, but sold by fake brewers. These are people who do not make by themselves what they sell to the public: at best, they have a small plant to make trials, but the vast majority if not all of their beers are made by a third party, in a big factory, in the shadows. For those fake brewers we have no respect as they claim to be something they are not, and are extremely far from the real craft spirit.

Why there are not so many breweries in Brussels? Difficult to say, but a sure thing is that it isn’t easy to find a proper location in a city (in any city I mean) because of the price of land and buildings, and their scarce availability. You don’t find so many factories in general in cities nowadays. It’s also a hard and complex job. Many people think that it’s easy and that you can make quick money with it because beer is trendy, but this is far from being true.

If you weren’t running the brewery, what job would you be doing?

I cannot imagine myself doing something else to be honest, but if I have no other choice, it would probably be writing about…beer, which I’m already doing when I have a little time (not enough, alas!…).

What is your favorite beer in the whole world and why?

For me there is not a ‘best beer’ or anything like that, but a small bunch of favorite ones, each perfect for a specific moment. But, well, if I have only one choice and it’s one of mine, it would be Taras Boulba, because it’s my definition of beer: light in alcohol, thirst-quenching, aromatic, bitter and dry. If it has to come from another brewery, it would be the Harveys’ Sussex Best Bitter, from Harveys in the UK, basically for the same reasons.

How would you describe the Zinnebir in 80 characters?

A beautifully balanced blond hoppy beer, with a fruity nose and a refreshing dry finish. 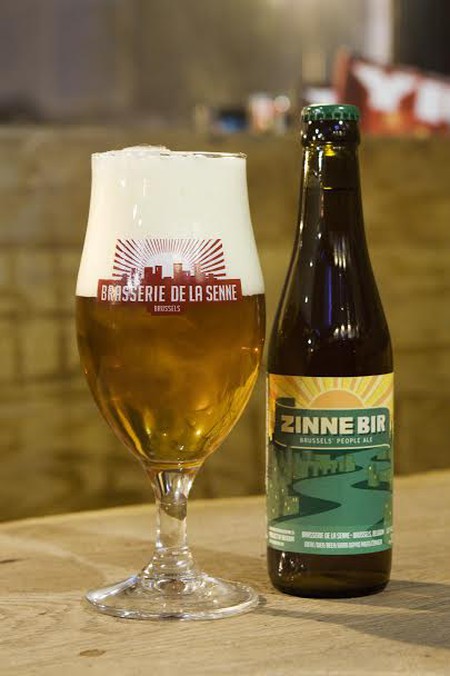 Oktoberfest or the Belgian Beer Weekend?

Belgian Beer Weekend, but I prefer to sit in a good pub rather than attending big beer festivals…

On tap or in a bottle?

On tap because the aromas are always fresher.

English pub (although I love the German beer gardens too!)

Peanuts with your beer or saucisson?

Nothing, if you want to taste it seriously!

With foam or without?

With foam, unless it is a Cask Ale or a Lambic.

Depends on the moment!