Inside the Surreal World of Belgian Artists Mothmeister 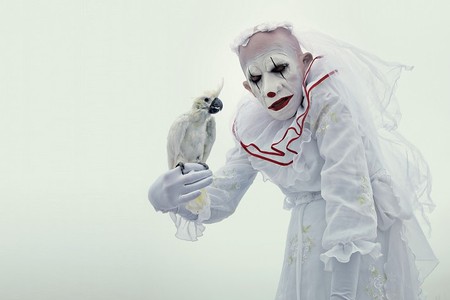 Belgian artistic duo Mothmeister share a love for post-mortem photography and stuffed animals, which they channel into their own unique style of imagery, typically depicting eerie, fairy tale-like characters in post-apocalyptic landscapes. Their best works are now compiled in a book called Mothmeister: Weird and Wonderful Post-Mortem Fairy Tales.

The creative minds behind Mothmeister are a female graphic designer and a male artistic director, who hail from Antwerp, Belgium. But they insist they speak as one and prefer to keep their real-life details out of the public eye. “It is not about us, it is about our art. Yes, one of us is always in the art, but never recognisable, always with a mask on or turned away from the camera. It’s not about our actual world, it is about the world we’ve created in our minds, our post-mortem fairy tales.”

The name Mothmeister is meant to denote the transformation of something not so pretty into something beautiful, such as badly stuffed animals and creepy masks put together to create a wonderful artistic image. It also alludes to the urban legend of Mothman, a human-like creature with 10-foot wings that was reportedly seen in Point Pleasant, West-Virginia in the 1960s. 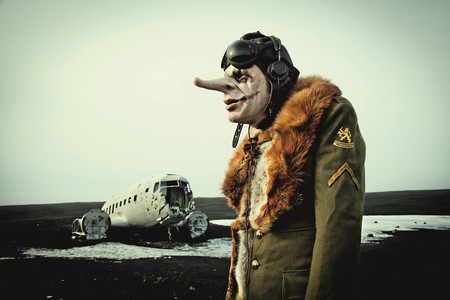 The inspiration for Mothmeister’s dark and creepy images comes from the pair’s own imagination, dreams, and nightmares as well as from post-mortem photography, which is a 19th and early 20th century practice of taking photos of deceased loved ones in everyday settings, so the family has something to remember them by. 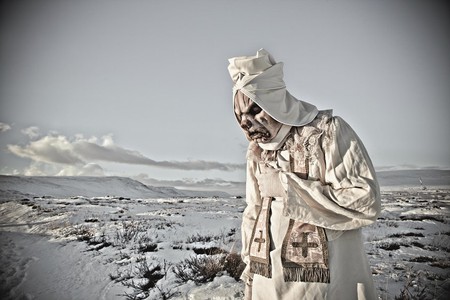 Mothmeister have been around for about five years. “That’s when we posted our first photo on Instagram and people started following us. It took off from there.” 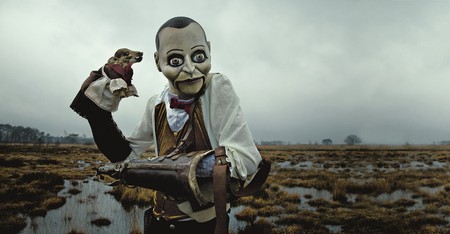 Mothmeister found the spotlight by posting their images on Instagram. | © Mothmeister

The photoshoots were born when Mothmeister combined their passion for urban exploring with their love for taxidermy and creepy masks. “Our living room is like a 19th century Victorian cabinet of curiosities, with stuffed animals and antique medical equipment. We’ve been collecting taxidermy for almost 20 years and have quite a large collection at home. We also love masks, especially death masks and pest masks, the ones that look like bird beaks and were used by doctors in the 17th century to ward off the plague.” 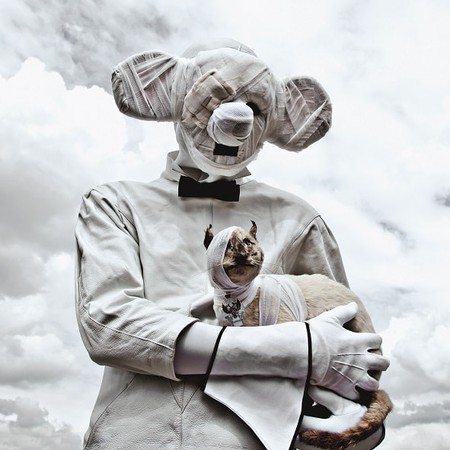 According to Mothmeister, taxidermy is at its best when it is not perfect, like this poorly prepared cat. | © Mothmeister

Mothmeister are not taxidermists themselves but get their stuffed animals mostly from flea markets or online. “Taxidermy is a real art. It is extremely difficult to do it well and quite a nasty job too. You have to disembowel a dead animal and make sure the skin is preserved correctly so it doesn’t become infested with insects. You need to know a lot about anatomy and musculature to make sure the animal looks right.” 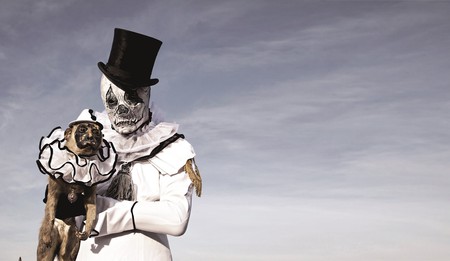 Mothmeister get their inspiration from their childhood dreams and nightmares. | © Mothmeister

For Mothmeister, taxidermy is at its most beautiful when it’s not perfect. “We are fascinated by things out of the ordinary, things that don’t fit the standard concept of beauty. We are also mostly drawn to the darker side of things and to things that are a little off. That’s why we usually don’t buy taxidermy from professional artists, but prefer work from amateurs.” 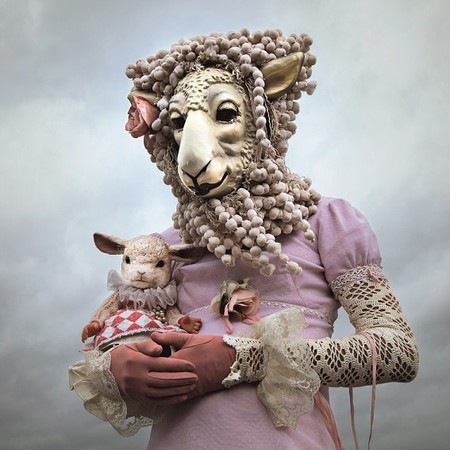 Mothmeister often collaborates with other artists, like Annie Montgomery, who makes dolls with animal heads. | © Mothmeister

Other artists Mothmeister are influenced by are Paul McCarthy, an American artist who created controversy with his sculptures resembling butt plugs; American photographer Cindy Sherman, known for her conceptual portraits; and Walter Potter, an English taxidermist who built dioramas with stuffed animals mimicking human life. 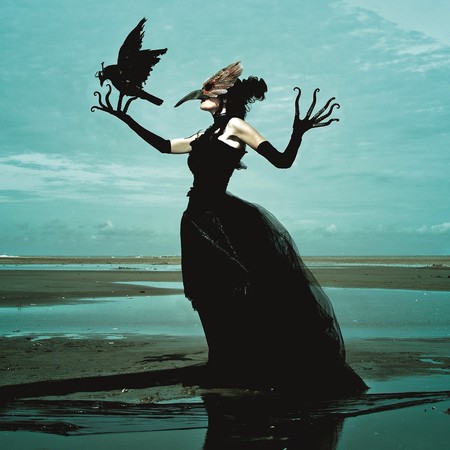 Mothmeister are fascinated by things out of the ordinary. | © Mothmeister

A lot of Mothmeister’s work is created with the help of other artists. “We often get people who send us masks, headpieces or other props we can use in our scenes, because they don’t know what to do with it. A Canadian fan sent us a pig mask that his friend had tattooed all these weird things onto and we used it in one of our photoshoots. British artist Annie Montgomery approached us online to do a collaboration, she creates these amazing dolls with animal heads, so we used a few in our photos.” 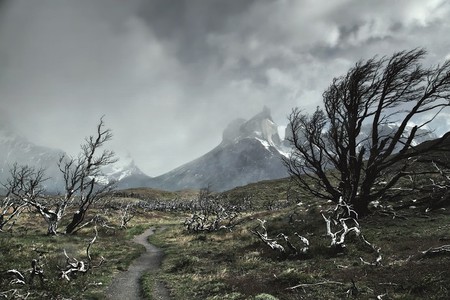 Not of all of Mothmeister's photoshoots feature their fantasy characters, some are just beautiful landscapes. | © Mothmeister

The images used in the book were taken all across the globe, from Argentina to Estonia to New Zealand. Iceland is one of Mothmeister’s favourite spots. “The landscapes in Iceland are breathtaking and always have a bit of a dark atmosphere to them, which suits our work really well. Travelling really inspires us, if we were meant to stay in one place we would have roots instead of feet.”

Mothmeister will have a pop-up exhibition on May 19 and May 20 at the Crypt Gallery in London. Entrance is free.