Meet FSTN: The Belgian Artist Behind The Prolific Triptych Series 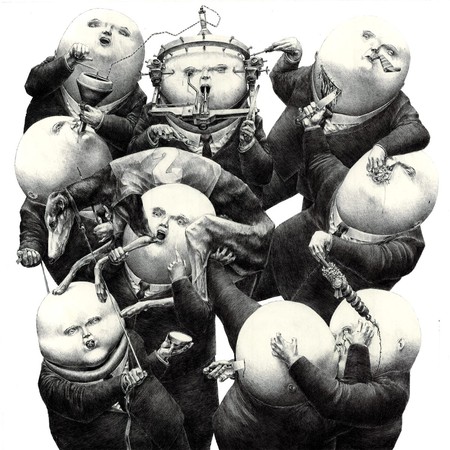 Brussels-based artist Pierre Coubeau, otherwise known as FSTN, gained prominence through his popular Triptych series: a collection of drawings that fuse political, cinematic or historical symbols portrayed through bonhommes in black and white. Using a ballpoint pen and Tipp-ex for materials, Coubeau’s work has blanketed the streets and gallery walls of Belgium, Germany and France. We had the opportunity to speak with the artist about his artistic process, current and future projects and the power of bringing art to the streets. 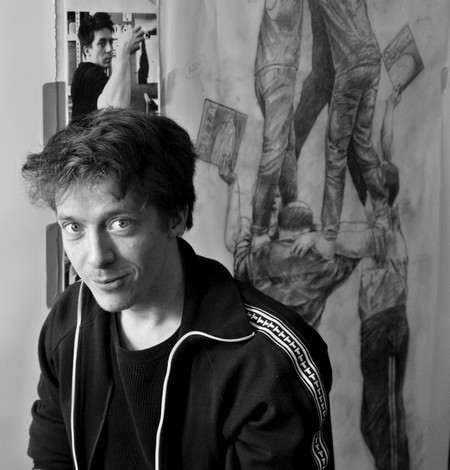 CT: When did you know you wanted to become an artist?

PC: I have always been interested in drawing since I was a kid. I remember my first one, a toucan I copied from a zoology book. That moment I realized how a bird’s tail is structured, it was magical. It’s a very vivid memory I have.

I also think the fact that my father is a restoration artist made art more familiar to me, even though I wanted to study sciences at the time. Of course, the fact that I eventually started studying illustration made me consider it a future career.

CT: What themes does your work touch upon?

PC: I don’t really have a determined theme preset, I create according to my feelings. The themes I choose always come from things that touch me, things that make me take action. This is how a certain color appears, a mood that is actually related to a personal dimension. 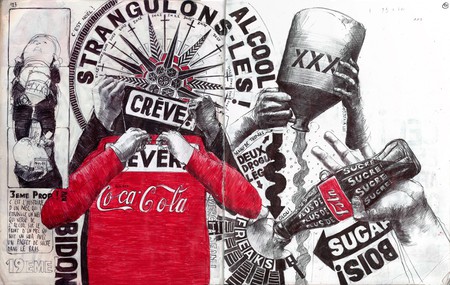 CT: You mainly use black and red when drawing, but also have a few more colorful works. How did you choose to use the black-red contrast more prominently throughout your work?

PC: It’s true that there is a preponderance of red and black in my artwork. I don’t really choose them, but I find myself using them very often. Most certainly because this palette is simple and allows me to make strong and clear compositions, like those of Russian constructivists. Nevertheless, I am not committed to these two colors; I often think up for other kinds of composition for my future works.

CT: You gained notoriety through your work called Triptychs which features various symbols. What do you want people to remember from this work?

PC: They are a form of social vindication expressed through a very direct manner thanks to the bonhommes. Sprinkled with humor, sarcasm and bitterness, they are meant to remind of contemporary drawing.

When I was sticking the Triptych series in the streets, I wasn’t thinking about the fact that this makes me a ‘street-artist.’ Even if it was street art, I saw it only as an experiment. I felt like doing it, I did it and perhaps I signed it. I considered myself rather an illustrator that stuck its work on the city’s walls. The exhibition I’m working is very different from my previous collages, even though some aesthetic similarities might be observed. 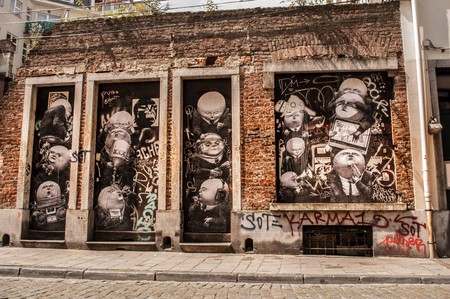 CT: You started drawing when you were very young. What other types of drawing does your work cover?

PC: Before and after the Tryptychs series I did various art-works: comic-strips, album covers for small bands and gradually approached big-sized works which were meant to be stuck on the city’s walls.

CT: At the ‘La Bellone fait le mur’ event, you exhibited a work which was meant to be scratched off the walls. What was the main idea behind this concept?

PC: This installation was created by the fact that people in the street were tearing off my collages. In about two days, almost all of the collages in the streets had disappeared. This made me think of the relation the public has with art. How does the passer by relate to the artwork they’re looking at? Therefore, I wanted to contextualize my work outside the streets and this time people were actually invited to tear off a part of it. 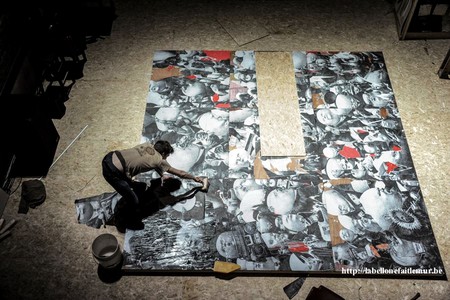 CT: Often your drawings are described as being street art, given that it’s the way you choose to showcase them. Would you call your work the same way if it would be to choose a category?

PC: I see my collages rather as a one-off episode in the creational process than a guideline. But it’s true that this part of my work gained a lot of visibility thanks to the way it’s being showcased in the streets. It would be interesting to focus on this phenomenon, to create a happening and advertise street art by diverting it into a pragmatic concept. All this in order to promote art and to see how the public would react. It would be funny to watch.

CT: You’ve already showcased your work in various cities throughout Belgium, in Paris and Berlin. Is there another place you are aiming to display your work next?

PC: I’d like to have an exhibition in London, since it’s a city which is strongly related to drawing and figurative art, especially through Kitaj and the London School. 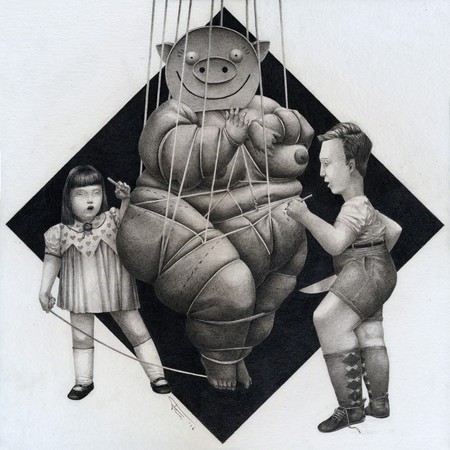 CT: Recently you started some collaborations with other artists (e.g.: ALEA(s)) and took part in an audio-visual experience which gives a different dimension to your previous work. Does this mean there is a change in your artistic views?

PC: The ALEA(s) project made me discover another temporality in drawing. As FSTN, I sometimes spend a month in the studio working on only one piece. This changes everything, it is very stimulating. It’s like a creative lab in which I evolve together with other creators, in other fields. This brings many challenges with it, coherence or even setting issues. It’s very interesting and at the same time very complex.

CT: Given that you recently explored various other sides of your career, what do you plan to do next?

PC: I would like to experience painting and see what it has to offer me and how my aesthetic views would evolve through it. But nothing is for sure!