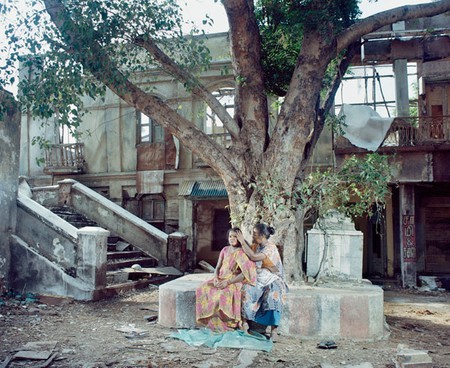 From the book The Fourth Wall, courtesy of Max Pinckers

The latest Belgian nominee to the Magnum Photo Agency excellence photographers, Max Pinckers has published five books and received over 14 awards in less than five years. Since 2011 he has put together several documentary photo series that travel from Japan to India, from Thailand to Kenya. His prolific work is all the more surprising when we learn he is only 27 years old. 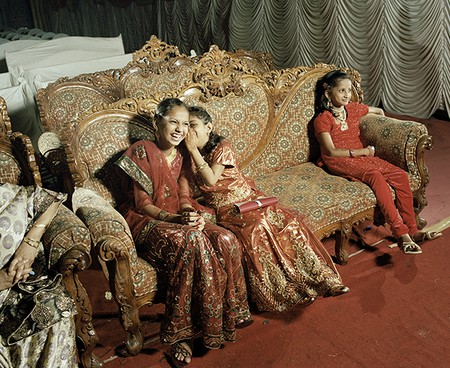 Born in Belgium in 1988, Max Pinckers was raised between Indonesia, Australia, India and Singapore. It has somewhat of a cinematic ring to have grown up nomadically in Southeast Asia. This is maybe one of the factors that explain the documentary language of his work, characterized by the use of theatrical lighting, and the postures and gestures of his photo subjects that seem to follow a script. The photographer has publicly said he does not believe in the possibility of pure objectivity or neutrality, hence his photos reflect a story line, framing real life characters in scenarios or poses, using extras sometimes, almost like adding cinema props to the scene. However improvisation and the unexpected are also present in his shots.

The documentary quality to Pinckers photographs mixed with formal staged scenes – envisaged through the classic portrait, dramatized body language and the use of light – have resulted in high accolades for his work. This unique approach to photography explains why Pinckers quickly gained recognition, although only he only began debuting his work in 2011. In 2011, Pinckers delivered his first project Lotus, a collaborative work with Quinten de Bruyn that captured the world of transsexuals in Thailand. This was his first photo book and already here we find the core of his approach; the unpredictable elements that together create a staged scene. 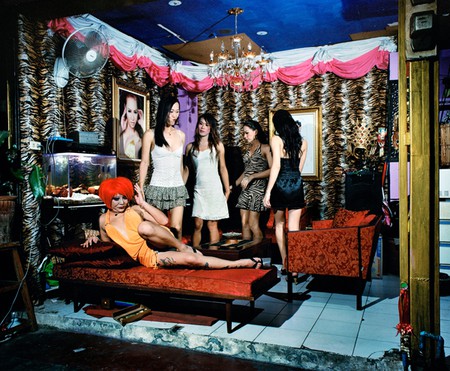 Pinckers next project, The Fourth Wall (2012) followed, and according to the British Journal of Photography caused ‘huge waves’ in the photography world. Pinckers traveled to India, and the city of Mumbai took center stage in his book. The main subject for this project showcased the Indian film industry, with some of the photos taken on actual film sets, yet none of the people in the pictures are professional actors. Portraits and group scenes are intertwined with stills: buildings, the inside of an apartment, the stand by cameras and texts from local newspapers serve as a narrative throughout the whole book. These elements set the décor, the space where his action takes place; again the reality of everyday life framed by gestures of theatricality. Inspiration is drawn from Bollywood, the film industry that so strongly defines the culture of India.

The Fourth Wall, was shortlisted for the Paris Photo-Aperture Foundation First PhotoBook Award. It also won The City of Levallois Photography Award, as well as being nominated for Best Photo Book of the Year at the sixth International Fotobookfestival in Kassel by Martin Parr. 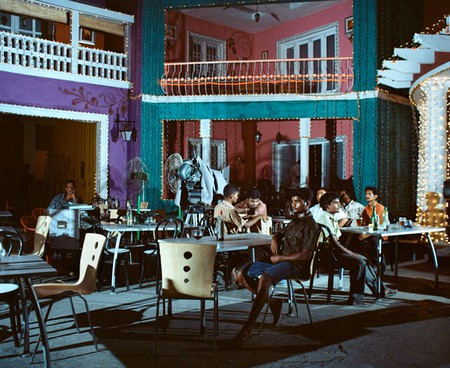 The buzz around The Fourth Wall was so big, the Europalia Arts Festival commissioned him with a photobook for the Indomania exhibition at Bozar. Will They Sing Like Raindrops or Leave Me Thirsty (2014) took the photographer back to Mumbai, India. In the four months he spent there, Pinckers captured the contradictions of romance in modern day Mumbai, through a mixture of staged and spontaneous pictures mostly around the theme of love. With a predilection for clichés and for the abstract, love and romance set itself perfectly for a game of stereotypes, reality and metaphors.

His photos are simultaneously dreamy and critical but mostly document a reality of paradoxes: modernity vs. tradition, love against the forces of religion and social context. Perhaps, even poetic. One of the stories from the series which stands out reveals a team of five men named The Love Commandos in New Dehli. With a main headquarters, a website and one telephone line, the Love Commandos help couples who have fallen in love to escape the obligation of arranged marriage and attempt to avoid the honor killings. In a country where most people still marry according to family imperatives and casts, this organization protects young couple who have decided to elope.

Pinckers had previously heard about the Love Commandos and decided to approach them to build a series of stories that depict some of these couples on the run. But instead of taking a pure documentary approach, there is a fictive element that employs a visual language that draws inspiration from Bollywood. The influence of this aesthetic is a clear reference to cinema, but also to the way couples act in real life: Bollywood is so big in India, it educates and imposes a behavioral model on the population. 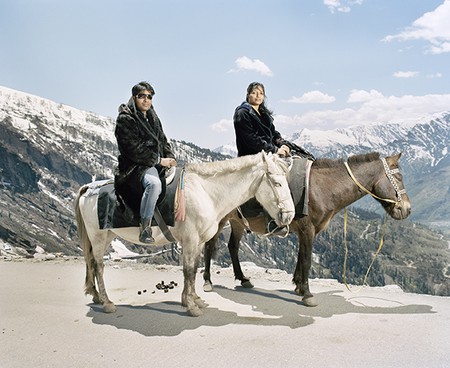 In his latest work, Two Kinds of Memory and Memory Itself (2015), the photographer’s lens turns to Japan in a work commissioned by the EU-Fest Japan Committee. Here, he tries to embody details of Japan’s myths and clichés (the Yakuza, the perfectly shaped bonsai trees, the sumo wrestlers) with the contemporary Japanese landscape. The scenes are again created from an approach which confronts the collective mind of Westerners and challenges these preconceived ideas of what Japan is to what it is in reality. The border to both is thin and sarcastic, at times absurd, amusingly unveiling the viewer’s own stereotypes. 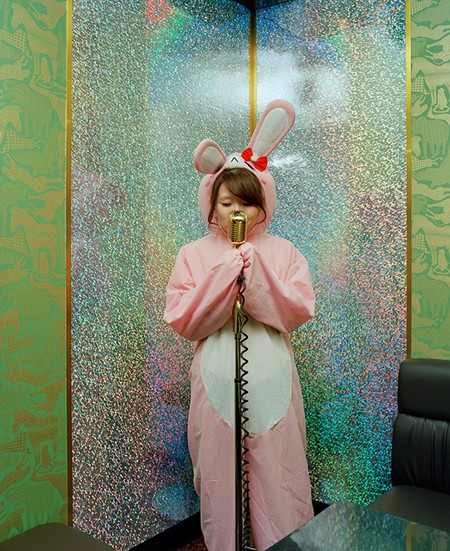