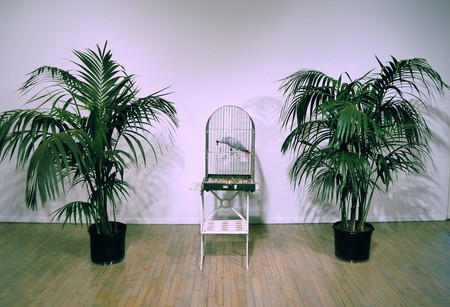 One of the most controversial and groundbreaking poets, filmmakers, photographers and artists of the past century is from Belgium, and his name is Marcel Broodthaers. In about a decade, Broodthaers defied, objected and confronted society, the world of art, and even art itself. He traveled from surrealism to minimalism and based his work on conceptualism. His journey as an artist defined who he was, how he chose to express himself and to revolt, through all media, and not only as a poet.

From evolution to revolution

Marcel Broodthaers’ roots are in Brussels, Belgium. In Brussels, he experimented with many different disciplines: poetry, book composition, journalism and filmmaking. At 21, Broodthaers was fascinated and enamored with the work of René Magritte, and he related to his ‘Groupe Surréaliste Révolutionnaire.’ Unfortunately, the time of his first attempts to progress in the working world was marked by scarcity and poverty. In 1957, Marcel Broodthaers created his very first movie, a film that was followed by 50 other short pieces of different styles and purposes. In 1963, he modified his path to become an artist by assembling his old, unsold poetry books, renaming it Pense-bête (‘reminder’). 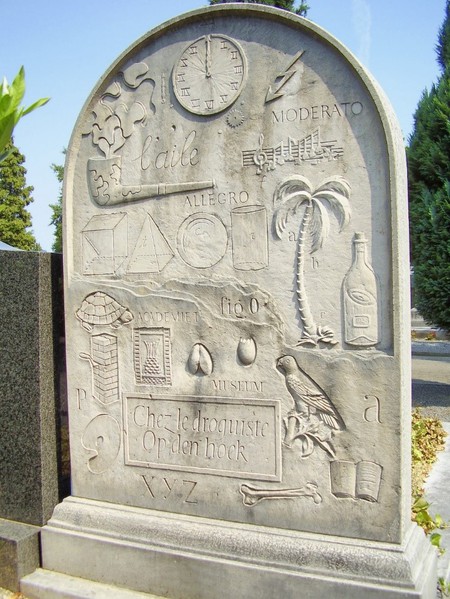 ‘I, too, wondered whether I could not sell something and succeed in life. For some time, I had been no good at anything. I am 40 years old… Finally, the idea of inventing something insincere finally crossed my mind and I set to work straightaway.’ Although Broodthaers had gone through tough times as a poet, a revelation rose in his mind that would allow him to jumpstart his career in art – a convincing art that was, in its entirety, recognized, supported and exhibited by the art gallerist Philippe Edouard Toussaint in his Galerie St Laurent: ‘But it is art,’ he said. Marcel Broodthaers was of the opinion that these art pieces were nothing more than objects, modest objects found and reassembled into original collages. 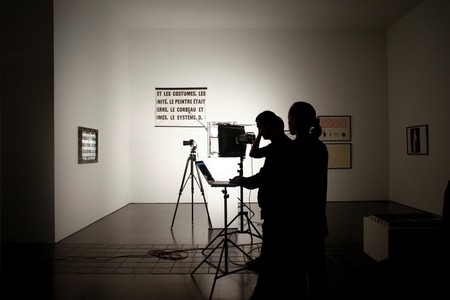 His conceptual art, his vision

Conceptual art is mostly based on material transgressions and notions: it focuses on the idea to be shared rather than the aesthetic beauty or visual aspect of the piece. The transgressions in surrealism can be best epitomized by Magritte’s levitating rocks, as it illustrates another perception of reality. With conceptual art, Marcel Broodthaers wanted to defy the classical world of art and to carve his own truth. The rebel artist who had begun his artistic journey as a surrealist artist and lover of Magritte’s artwork denied André Breton’s renowned Surrealist manifesto to move towards conceptualism.

According to Marcel Broodthaers, art offers the human race the opportunity to deliver their thoughts about the world. Conceptualism defies what surrealism and other art movements defend, by attempting to showcase tangible materials. The visible gap which separates conceptual art from other artistic movements is sometimes controversial; in other words, can conceptual art be considered as art? 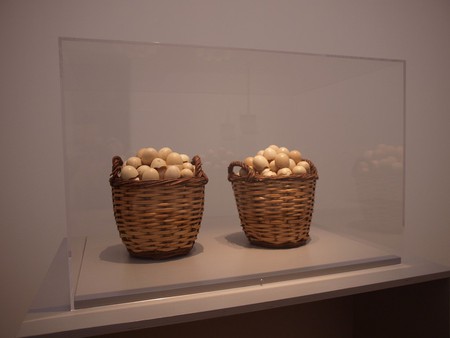 Broodthaers strongly maintained that conceptual art was indeed a form of art. Through his art, Marcel Broodthaers represented conceptualism with his work Département des Aigles (1958) – his most significant piece composed of an installation that exposed his own dwelling – in his ‘Musée d’art moderne’ (‘modern art museum’). The installation was itinerant, a family of pieces – whether they be interpreted as artwork or simple objects. They were to be assembled and deconstructed over and over again, but always under the label ‘Ceci n’est pas une oeuvre d’art‘ (‘this is not an art piece’). The label was a reference to the work of Magritte, ‘Ceci n’est pas une pipe‘. Marcel Broodthaers’ style was a combination of diverse objects hodgepodges, written language, and winks to the artists he admired and disliked – and a combination of different disciplines such as poetry, literature and filmmaking.

Some of his most legendary, daring and controversial pieces are his Surface de Moules (avec sac) (1966), made out of mussels and bags stuck together, or his Panel with Eggs and Stool, an assemblage of eggshells on an eggshell-colored canvas and stool.

‘I, too, wondered whether I could not sell something and succeed in life,’ he wrote. Before the end of his life, Marcel Broodthaers had stopped wondering as he knew then that he had been able reach his goal, to live off his love. 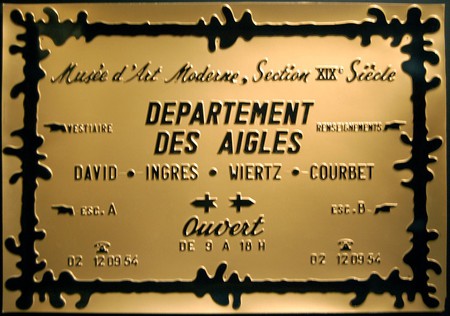