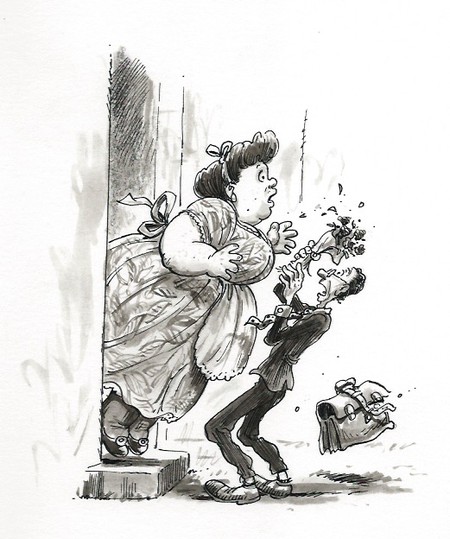 Fantastical creatures, a good amount of funny sounding made up words, and the mocking of annoying adults: few know the ingredients to a child’s heart as well as Marc de Bel. In a writing career spanning over 28 years, this former teacher from Kruishoutem has captured the imagination of many Flemish kids. The ongoing adventures of young inventor Blinker, the mischievous Kriegel triplets and the hairy little creatures known as ‘Boeboeks’ have become absolute classics representing Belgian children’s literature. 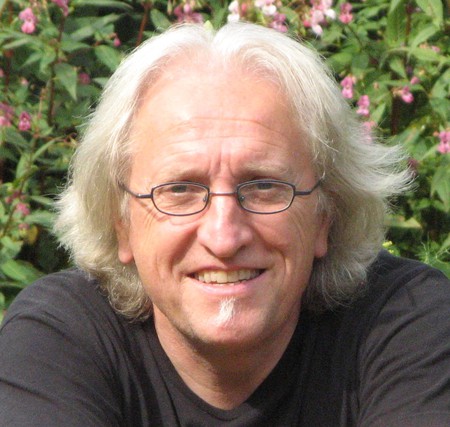 Through many years as a fourth grade teacher, Marc de Bel used to tell his pupils all kinds of original stories. One of these, about the bullied and neglected Alexander who finds a friend in a talking crocodile, sprouted the idea for his first book in 1986. Encouraged by the enthusiasm of his pupils, de Bel promised to type up the story during summer holidays. A man of his word, the devoted teacher turned in the result to publishing house Infodok and a year later his first book was published. The egg of uncle Trotter was a smash hit and won de Bel his first Children and Youth Jury Prize (a prize for Flemish children’s literature) and would go on to win several accolades; this book remains a favorite bedtime story even today. 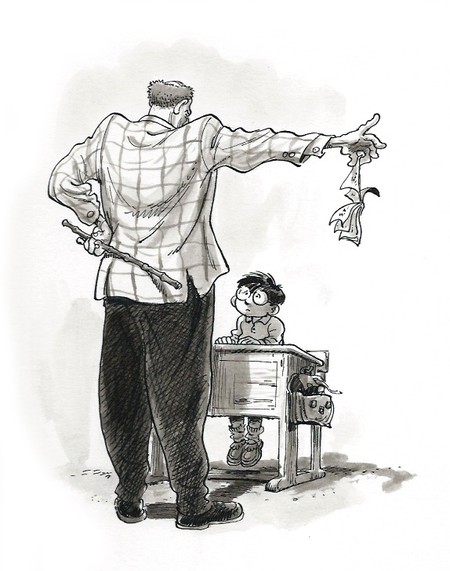 Alexander in The egg of uncle Trotter | © Jan Bosschaerts

After writing down the fable of bespectacled Alexander and his friend the crocodile, de Bel caught the writing bug. A second book, Master Plume and the talking powder (1988), follows shortly after and again features talking animals such as Amadeus, a dog that has eaten too much of a special magical powder and can now verbalize everything he thinks. This makes him the ideal companion to his owner master Plume, an unconventional and popular teacher (much like de Bel himself). 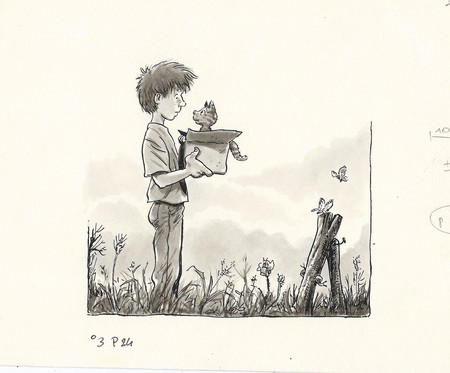 A little while later, in 1989, we were first introduced to the world of Blinker in Blinker and the cargo bike cinema. Along with his friends Jonas and Mats, girlfriend Nelle and loyal dog Sadee, the teenager experiences the most remarkable things in the sleepy town of Kruisem – a seemingly peaceful place de Bel often uses as background for his storytelling (an abridgment of his own home town of Kruishoutem, where he still lives). Blinker was immensely popular from the start, and throughout the years, de Bel kept returning to this ordinary boy hero whom he throws into the most extraordinary circumstances. Four books, two films and many years later, mention Blinker to any Flemish nineties kid and they’ll look at you with nostalgia in their eyes. 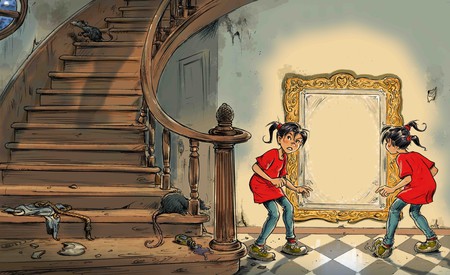 Other, slightly more mischievous, protagonists that got their fair share of the de Bel universe are the Kriegel triplets. After setting fire to their school in a failed attempt to burn their homework in The Sisters Kriegel (1992), the 11-year olds Lien, Sien and Fien – de Bel’s fondness for rhymes and alliteration is usually at full display when naming characters or books (other examples include Nikki Nikkel and Betti Spaghetti) – get shipped off to an institution. At first it’s heaven on earth, until the Kriegels discover, to their horror, that the director uses black magic on the children. The humorous antics of these inseparable triplets continued in several other books, comics, a film and a musical. 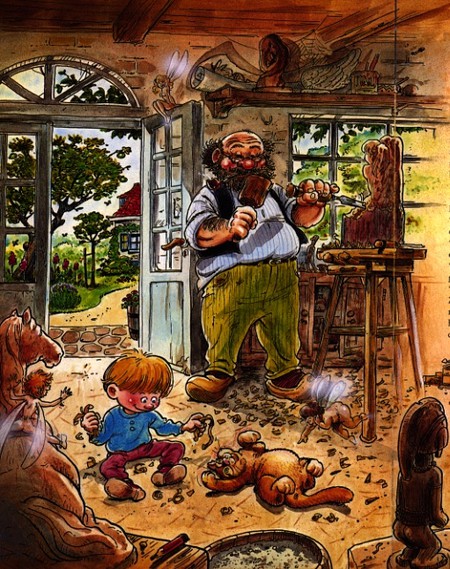 Malus before an apple landed on his head | © Jan Bosschaerts

Black magic and talking animals aren’t the only supernatural elements to sneak into de Bel’s work. The writer who, by his own account, fell out of a tree house once and will therefore always remain an 11-year old on the inside, got very creative with Malus (1996), in which a little blond boy starts growing an apple tree out of his head when an apple falls on it from the tree he was relaxing under. The fantastical tale was one of many picture books and other works illustrated by kindred spirit Jan Bosschaert. In it, busy and idyllic drawings with warm colors have Malus’ five guardian angels (including a rather plump one) up to all sorts of humorous activities in the background. 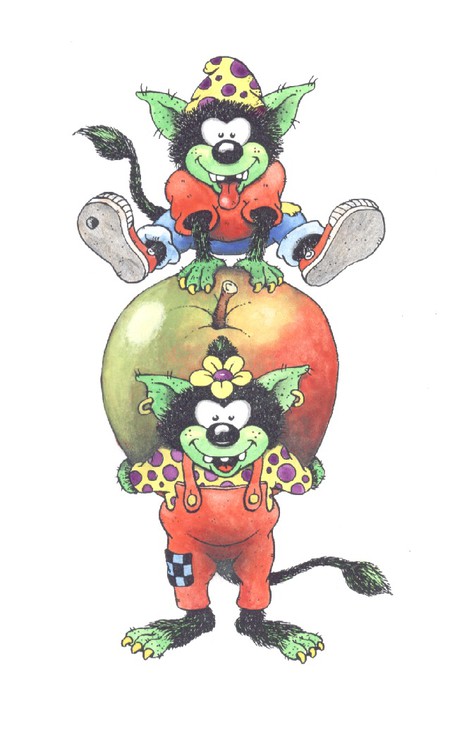 De Bel began layering his writing along with his illustrations – in his later work, he mixes societal and environmental concerns into his original recipe of humor and fantasy with surprising ease. The comic book series starring the Boeboeks – funny looking green creatures and fierce protectors of nature drawn by de Bel himself – is one of the writer’s most popular creations up to date. These days, the Boeboeks are used in schools to make children more aware of the environment, sometimes accompanied by a visit from their author, who still loves talking to kids more than to adults. In 2013, de Bel even received the honor of becoming the first JGI Knight for Youth, Animals and Plants in the Order of the Oak Tree. Yes, that means the Flemish writer with the unbridled imagination was knighted by the legendary Jane Goodall herself. 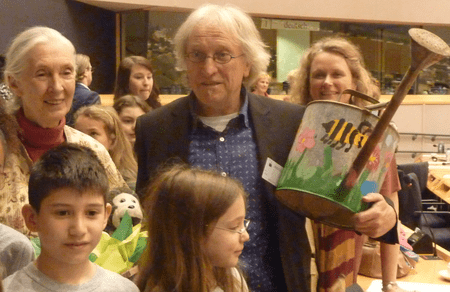 Marc de Bel with Jane Goodall, who honored the writer by making him the first knight of the Order of the Oak Tree | Courtesy of Marc de Bel
Give us feedback