Make the Most of a Day Out in Dansaert, Brussels 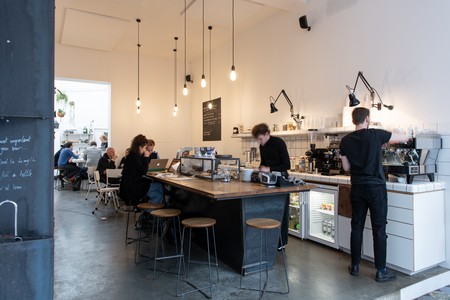 Come with Culture Trip on a tour of Brussels’s design district, where cocktails and couture rub shoulders with bustling café-bars and food for every budget.

Once neglected and rundown, Brussels’s Dansaert quarter has been transformed from an industrial hotbed to one of the hippest areas in town, with an eclectic mix of architecture, quaint cobbled alleyways, vibrant bars and high fashion. Roughly defined here as the area between Rue Antoine Dansaert, Rue de Flandre and Rue Sainte-Catherine, it links the city centre with the canal, with a shift in style halfway up as the boutiques give way to bars, fast food and greengrocers. It’s easy to while away several hours here – from morning coffee and a spot of shopping to brunch, afternoon tea and a yoga class to aperitifs, dinner and some independent cinema.

A spot of tea (or coffee)

The wooden shelves behind the counter at Nong Cha are filled with numerous teas. Book a tasting, or just drop in and browse for tea and accessories. Alternatively, OR Espresso Bar just down the street serves up breakfast, brunch and cake (try the banana bread).

And at the top of the road, by the canal, you’ll find MOK Speciality Coffee Roastery & Bar, Belgian run but with a Scandinavian flavour. Take a seat at the counter or perch on the deep windowsill and watch the baristas at work. You can pick up beans and accessories to create the perfect brew yourself, and it even offers free tap water – a rarity in Brussels. 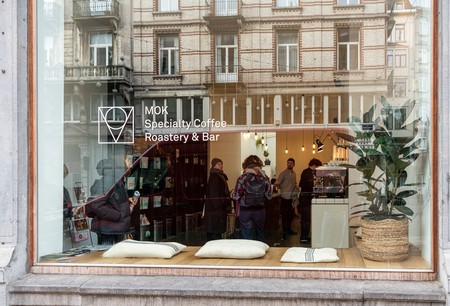 The best cocktails in Brussels

Art Deco L’Archiduc has been around since the 1930s, has original features such as its leather benches and is a Brussels institution for live jazz and cocktails. A newer addition to the scene, the cosy Life Is Beautiful opened in 2016 but has already won awards for its locally inspired cocktails. To recreate both the drinks and the atmosphere at home, visit its nearby sister store, where you can stock up on spirits and mixers plus accessories, homewares and exotic plants. At Arthur Orlans, the former tailor shop has been transformed into a discreet bar with a private-club vibe (with prices to match).

Local brews and a taproom tour

There’s a good chance you’re already familiar with the work of the Brussels Beer Project. Created in 2013 by two friends to freshen up what they saw as the crusty image of Belgian beers, the urban brewery’s offerings, such as Delta and Babylone, are staples in bars around the city. Meet the folks behind the project on a whistle-stop tour with a taste of the brewery’s latest creations, or visit the taproom to try some of its 17 brews.

Walvis, which is across the road, is a perennially popular spot for beers and good honest pub food served with a smile, while cosy Barbeton serves up brunch, bagels, antipasti and jazz alongside its local brews and house-infused gins. 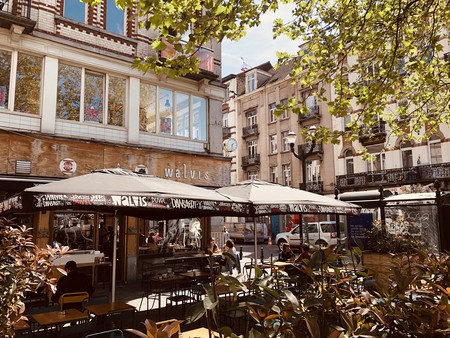 From a deli counter to a slice of East Africa

Bonsoir Clara, with its colourful ceramic and glass tiles, muted lights and worn wooden benches, is a beautiful, laid-back place to enjoy classic Belgian and French cuisine with the emphasis squarely on meat and fish. Meanwhile, Madagasikara brings the flavours of East Africa to Brussels.

For a posh picnic, drop by the venerable Crèmerie de Linkebeek. It may be small, but its shelves are brimming with top-quality European deli fare: cheese, charcuterie, bread, wine and fruit juice, as well as sandwiches made to order.

Home to music, cinema and literature

It’s not all gorging on food and drinks here – fill your boots with some culture while you’re at it. Beursschouwburg may have a tongue-twister of a name, but it’s worth a visit for its programme of contemporary music, cinema, performance, comedy, talks and festivals. Lovers of literature, meanwhile, should make a beeline for Passa Porta, where there’s always something to learn. As well as a bookshop selling titles in numerous languages, it hosts visiting authors discussing their latest work, plus tours, workshops and debates.

A passion for Flemish fashion

Rue Antione Dansaert is synonymous with fashion in Brussels, and it’s here where you can pick up (or just admire) creations by top local and international labels. Stijl was one of the pioneers of the area’s transformation in the 1980s and is home to the very best Flemish designers – Dries Van Noten, Ann Demeulemeester and others – while a Haussmann-esque block houses Bruges’s Hoet Optiek and Labelchic cosmetics boutique, among others.

There’s fashion from farther north, too, with Danish clothing brand Samsøe Samsøe and a showroom of fine Scandinavian furniture and homeware at La Fabrika. To learn more about design in the capital, check out the agenda of public events at MAD Brussels, the city’s platform for promoting creativity, whose headquarters is here too. 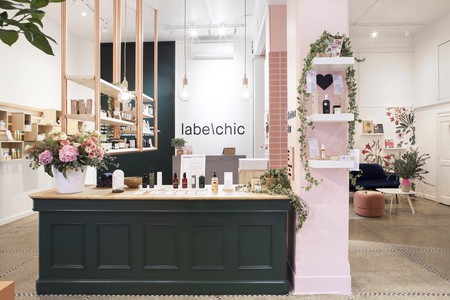 Labelchic cosmetics makes its home in Dansaert | Courtesy of Labelchic 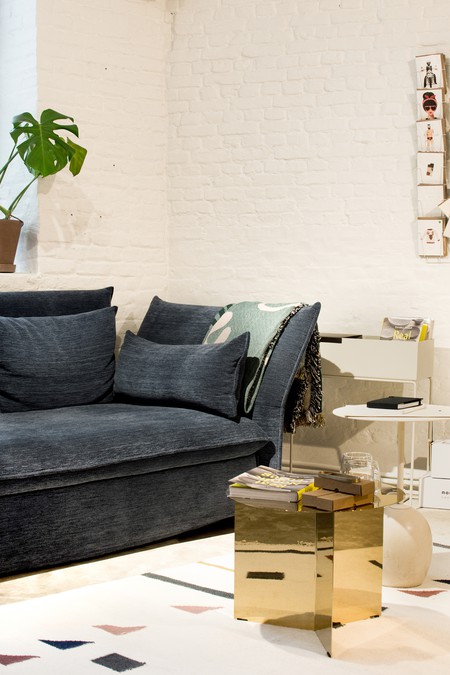 Don’t be scared to take a detour

This triangle of streets has one or two side alleys worth poking your head into. Shady little Rue de la Cigogne, whose entrance is crowned with a statuette of Saint Roch, is a cute cobbled lane with creepers covering the walls of some of its 17th-century buildings.

Down the narrow Rue du Chien Marin, you’ll find a couple of characterful accommodation options if you’re looking to base yourself in the area – Chien Marin or B&B Be in Brussels – as well as the Ayoga studio where you’re welcome to drop in for a class.

The Sainte-Catherine Church offers respite from weather or crowds. At Christmas, a light show is projected on to its facade, and it even sells its own beer, Ste Kat, courtesy of the Brussels Beer Project.

Try out Brussels own Asian corner

The Bourse end of Rue Sainte-Catherine is home to what passes for the capital’s Asian quarter. Come here for no-frills lunches in restaurants with gleaming crispy ducks hanging in the window, or browse the shelves at Super Dragon Toys for games, posters, figurines and badges for the anime fan in your life.

Peer through the window of Au Bon Bol to watch noodles being made by hand, and then enjoy them in a steaming bowl of broth. St Anny Food is the place to go for traditional Chinese pastries stuffed with beans, fruit, nuts or lacquered pork. Meanwhile, Kam Yuen Asian Supermarket sells everything you might need to rustle up an Asian feast back home – from sauces, spices and noodles to an array of utensils and accessories.