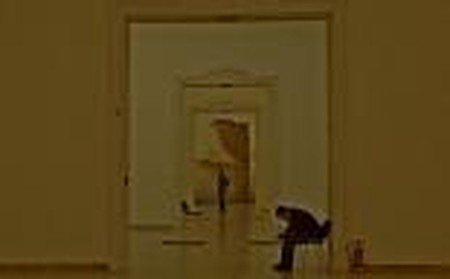 Contemporary Belgian artist Luc Tuymans has been critically praised for his engaging oil paintings. Louisa Hudson describes the artist’s figurative style and how he works from photographs, films and print to create a hazy universe that raises political, social and historical issues. Drawing inspiration from Belgium’s collective memory and history, Tuymans compels viewers to challenge their own recollection of past events. 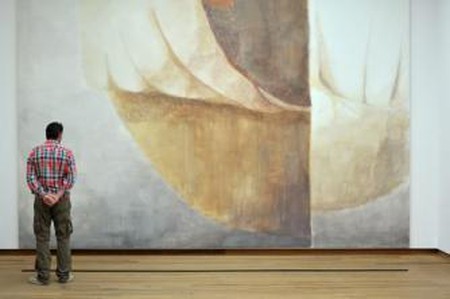 Exhibiting around the world, from the San Francisco’s Museum of Modern Art , London’s Tate Modern to Moscow as a participant of the Baibakov art projects, Luc Tuymans is one of Belgium’s finest painters. Tuymans produces work primarily about great historic events. He is especially well known for his series of paintings about the Holocaust that includes the Gas Chamber, a painting of the Dachau concentration camp. This practically colourless painting creates a vast space and sombre atmosphere that is appropriate to the subject, but is also slightly hazy in the way it was painted so that it appears as if it could be a memory. Tuymans has also explored Belgian history within his work. He has created a series of political paintings from memories of the Belgian Congo that still remain a part of Belgium’s identity today. Tuymans’ artwork about the Belgian Congo was exhibited at the Venice Biennale in 2000, and is called Mwana Kitoko. One of the paintings from this series depicts the then King of Belgium, Baudoin, on his visit to the Congo in the 1950s. Tuymans has made other political, social and philosophical commentary in his works throughout the years in series such as the Passion and Against the Day. The former is about the very idea of religious belief and the latter concentrates on reality television shows.

Tuymans has sustained a distinct, signature style throughout his career and usually works in series because it allows him to completely explore his subject matter, and easily move from one idea to the next. His figurative and slightly blurry way of painting brings to light ideas about memory and our connections with the past. It appears as though Tuymans uses a lot of water while painting even though he works in oil paint as the colours mix so beautifully and effortlessly as it creates scenes from Belgian history. He is a contemporary painter, yet it is obvious that he has also drawn inspiration from the Old Flemish Masters. Tuymans captures poignant historical images from photographs and videos, but he takes them a step away from realism by analysing the imagery, sketching it and painting it countless times in order to provide numerous dimensions and narratives to the final piece in oil paint. 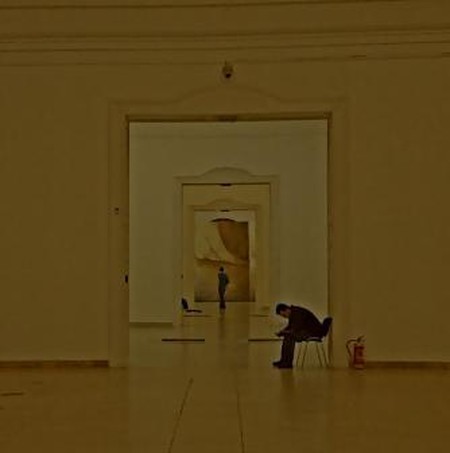 Born in 1958 in Antwerp where he currently lives with his wife, the Venezuelan artist Carla Arocha. He studied fine arts in Brussels at the Sint-Lukas Instituut, the Ecole Nationale Superieure des Arts Visuels de la Cambre, the Koninklijke Academie voor Schone Kunsten and eventually earned an honorary doctorate in art history from the University of Antwerp. In addition to his academic qualifications, In 2007 Tuymans was also granted the title of Commander, Order of Leopold. Tuymans continues to paint, exhibit and challenge our memories and views of historical, social and political events through his thought-provoking artwork.