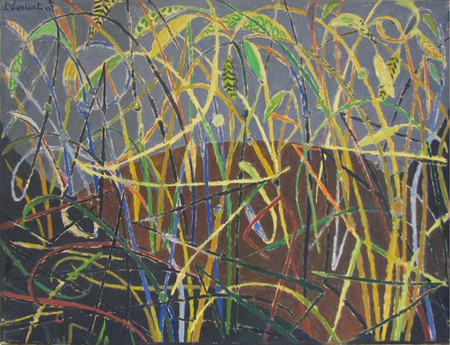 When most think of Belgian artists, René Magritte may be the first to come to mind. But what about other Belgian painters who pioneered entire artistic movements? We take a look at the work of another Belgian artist, Louis Van Lint, to consider how his form of abstraction garnered accolades from around the world, and made him one of the most significant Belgian painters of the 20th century. 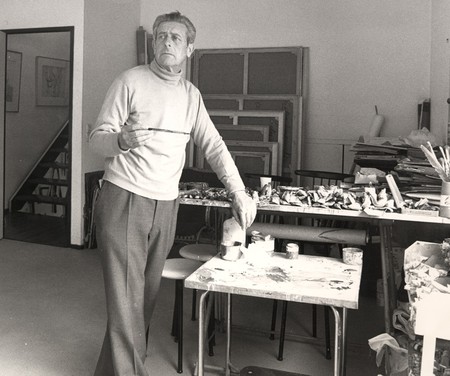 Best-known for his abstract works, Van Lint began his artistic journey in Realism. He enrolled at the Academy of Saint-Josse-ten-Noode at the age of 14, and from that point on studied drawing and painting. Throughout the years, his studies also branched into architecture and some sculpting. Under the guidance of his professors, Van Lint began to develop a style that reflected realism, following in the steps of Goustave Coubert, with most of his work focusing on scenes composed of daily life, portraiture and landscapes. Van Lint’s style at this point is particularly composed of a chromatic simplification, and most of the time, color is the real protagonist of his paintings.

In 1938, Van Lint’s was labeled “Young Art” in the Brussels Gallery Atrium, and during that period, joined by Gaston Betrand and Anne Bonnet, he started an aesthetic renewal. After this period the painter began to transition from Realism to Abstraction. These initiatives culminated into a creation known as “The Free Way,” a project created by a group of young students from the Academy. The students’ first exhibition, organized by the group itself, took place in 1940 at Toison d’Or Gallery in Brussels. Despite the spirit that was leading “The Free Way” group, all the paintings maintained a realistic tone and style.

The big turning point in Van Lint’s paintings can be observed at the beginning of 1934. Influenced by the historical happenings of those years, Van Lint’s realism began to encompass a deeper point of view. This is particularly evident in his work La Tramontane Millènaire. The painting conveys a strong, intense sense of movement with the characters in the scene and it is possible to feel a sense of catastrophe, as if the painter would like to show viewers that something has changed, be it society or himself. 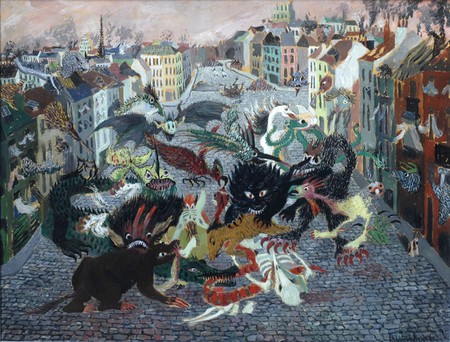 With the end of the WWII, Van Lint started exploring other expressive and representative forms of art. Starting from reality, he rebuilt scenes to be expressed in a more abstract composition. His first biographer used to call this process “derealizing.” This process can be witnessed within his work Les Blés, (The Wheat). Within this painting, the wheat incorporates numerous colors, seemingly creating another dimension that questions something that seems familiar and making it appear different; giving the spectator the opportunity to dream and recreate their own world.

In 1948, Van Lint began to create even more abstract paintings, an extreme consequence of his derealizing process. A painting that exemplifies this abstract method is Ciel, mer et terre. The destruction and reconstruction process in order to find another perspective is evident. When viewing this painting, the spectator can change what they interpret to be the sea, the sky and the ground. In force of abstract art, it is clear there is not one singular perspective, as the three elements seem to build upon one another. 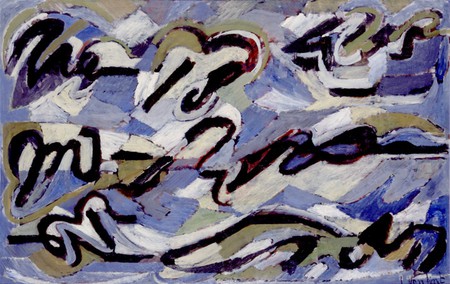 In 1950 Van Lint’s works were exhibited at the Palace of Fine Arts in Brussels, and during 1951 in Paris and Amsterdam. It is thanks to these expositions that members of the Copenhagen Brussels Amsterdam, or CoBrA movement were introduced to Van Lint’s work. The group itself was a culmination of artists interested in delivering avant-garde art, and included artists such as Constant and Karel Appel.

Van Lint was also involved with another artistic community known as “Espace;” a movement that harmoniously combines painting and architecture. This community was an opportunity for artists to share their insights and visions for their work. It is clear Van Lint’s work during this period deviated a bit from his previously established style. For example, in his work Inquiètude Nocturne, Van Lint’s derealization is evident but it also contains an architectural style and symmetry that may have been influenced by the Espace community.

Between 1956–1957, Van Lint returned to his first lyrical abstraction and showcased natural scenes through his work. During these two years, Van Lint was strongly fascinated by the sea due to his frequent travels to the Belgian coast and Brittany. In the painting Varéchs à Saint-Enogat en Bretagne, it is possible to notice several similarities and differences when comparing the style of his early abstract stage. The black, strong brushstrokes is no more evident but the utilization of colors is still the same. There is not, for instance, the methodical construe and separation of colors and sections as during his Espace period. 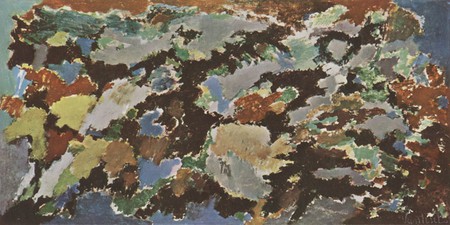 Van Lint continued to develop his artistic style, as his work was well received within his home country, as well as in the U.S., Europe and South America. Over the years he also gained international acclaim and displayed his work through numerous exhibitions, including but certainly not limited to the Guggenheim Museum in New York, the Loge degli Uffizi in Florence and the Sao Paulo Contemporary Art Museum in Brazil. Van Lint’s collections can still be visited today in most Belgian museums, and serve as both a tribute and reminder of Van Lint’s contribution to Belgium’s influence in the art world.