'King Of The Belgians' and 'Home' Bound For Venice 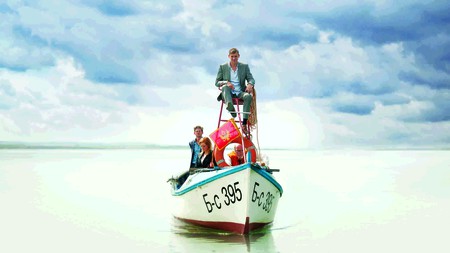 The Belgian road-trip comedy King of the Belgians and the intimate drama Home will have their world premieres at the 73rd annual Venice Film Festival this upcoming September 2016. The selections put an end to a four-year dry spell for Flemish film at the world’s oldest festival, with director duo Peter Brosens and Jessica Woodworth responsible for King as well the region’s last competing film in 2012.

From the 31st of August to the 10th of September, Venice will again host its prestigious film festival and, in a surprise twist, screen two Belgian submissions. The Orizzonti section will host both Brosens & Woodworth and Fien Troch’s films, cementing their spot in the line-up. This 19-film strong competition promises to highlight interesting aesthetic trends emerging in world cinema. 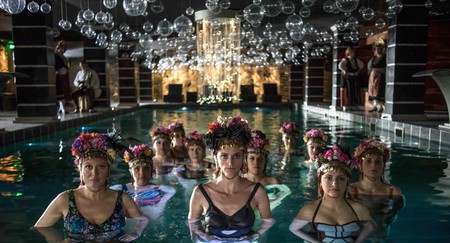 King of the Belgians has been selected to a section of the Venice Festival that explores new aesthetic trends in cinema | Kingof.be

Belgian King on a Balkan odyssey

Given the cinematic legacy of Belgian Brosens and his American partner-in-crime Woodworth, King promises to bring a unique aesthetic to the table. Examining their triptych of work, including Khadak (2006), Altiplano (2009) and Het vijfde seizoen (2012), all of which earned them prizes at both Venice and Cannes, the director couple has a knack for choosing intriguing landscapes. While previous sets saw the duo travel to Mongolia, Peru and the Belgian Condroz region for filming, King will follow the Belgian monarch and his posse as they roam around the Balkans. 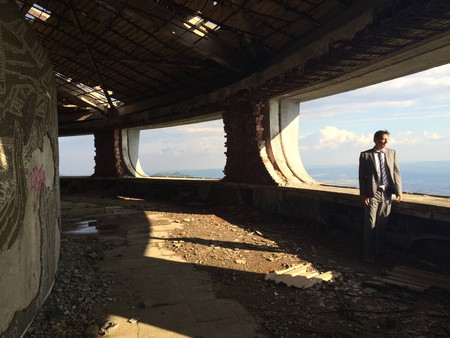 Brosens & Woodworth have been at their best when capturing the landscapes with as much attention to detail as they do the characters | Kingof.be

When Nicolas III – a soul-searching head of state with a bland image – is called back from a visit to Turkey because his country is in crisis, it’s a chance for him to regain a sense of purpose. Yet as Belgium threatens to divide into the French-speaking Wallonia and Dutch-speaking Flanders – a reference to actual tensions that have become a de facto element of the country’s identity – a fierce solar storm prevents all air travel and communication. Determined to get back and save the small nation, the King and his entourage rely on the help of Bulgarian folk songstresses and a British filmmaker to start their surreal journey back home.

Quite opposite to the nation-rocking stakes of King, Fien Troch’s fourth feature and first Venice selection Home is an intimate look at the generational wrestlings of within a tight-knit group. The arrival of 17-year old Kevin shakes things up in this microcosm of teenagers and parents when the events of a one fateful night bring questions of trust and betrayal to the surface.

Besides these two competing films, Belgian honor will be held by the Flanders-shot Brimstone, starring Dakota Fanning and Game Of Thrones heartthrob Kit Harington. Also showing in Venice (though off the official competition schedule) is Coffee, a Cristiano Bortone film telling three tales in three different countries (Belgium, Italy and China).

Not Belgian-related but much-anticipated in the competition for the Golden Lion are Pablo Larraín’s Jacqueline Kennedy biopic Jackie, the Michael Fassbender and Alicia Vikander romance The Light Between Oceans and fashion designer/film director Tom Ford’s Nocturnal Animals. Add to that Dennis Villeneuve’s first film after Sicario — Arrival — and Ana Lily Amirpour’s second feature The Bad Batch, and president Sam Mendes and his jury will have their work cut out for them.

Damien Chazelle’s hotly anticipated musical La La Land – with Ryan Gosling and Emma Stone dancing their socks off – will have the honour of opening the festivities, while Antoine Fuqua’s Seven Samurai remake The Magnificent Seven will close the eleven days of film. American actors James Franco and Mel Gibson will also unveil their respective directing efforts In Dubious Battle and Hacksaw Ridge, outside of the competition.

Finally there’s the homage to Iranian director Abbas Kiarostami, who died earlier in July of this year. Venice will be paying tribute to the lauded auteur and critical voice of Iranian government by screening his yet unseen digital short 24 Frames and his former assistant and close collaborator Seifollah Samadian’s collage This is My Film: 76 Minutes and 15 Seconds with Kiarostami.