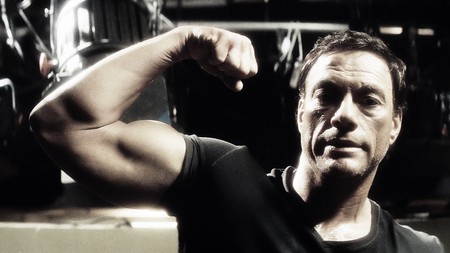 Wham Bam Van Damme, the Muscles from Brussels – Jean-Claude Van Damme has been left with a couple of amusing nicknames from his days as an ’80s and ’90s star. As the Belgian phenom slowly makes his way back into the public eye through a strange mix of action sequels and self-aware projects, The Culture Trip takes a closer look at the burly actor’s track record.

Born in the Brussels commune of Berchem-Sainte-Agathe, Jean-Claude Camille François Van Varenberg spent his childhood idolizing a young Sylvester Stallone while becoming a skilled martial artist. By the time he and childhood buddy Michel Qissi moved to the US to chase the Hollywood limelight in the early ’80s, the broad-shouldered young man had a successful karate career and the ‘Mr. Belgium’ title in a nationwide body-building contest to his name. 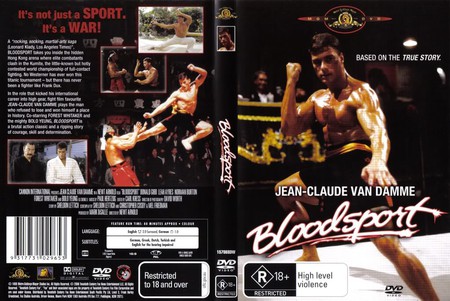 The Muscles from Brussels in his big break, the massively successful B-movie Bloodsport | © Cannon International

Yet the LA acting gods weren’t very generous in the beginning, and the newly baptized Van Damme, whose English wasn’t that great to start off with, spent about five years working odd jobs while grabbing every chance to show off his high-flying kicks to anyone in the film industry. While Chuck Norris hired him as a bouncer for his bar and helped Van Damme get a small part in Missing in Action (1984), it was his original tactic that did the trick when he spotted Menahem Golan, co-owner of the Cannon Group, and wowed the guy by demonstrating his martial art skills in a nearby park, landing the lead in Bloodsport (1988).

Filmed in Hong Kong on an estimated budget of 1.1 million dollars, the film inspired by American martial artist Frank Dux became a box office sensation, and Hollywood’s gates blew wide open to 27-year-old Van Damme. Low-budget fight flicks became Wham Bam Van Damme’s bread and butter after that, yet not for too long. The successes of Cyborg (1989), Kickboxer (1989), and Lionheart (1990) were of such magnitude that the once chubby Belgian kid was soon brought into the big leagues. Double Impact (1991), Universal Soldier (1992), Hard Target (1993), and Timecop (1994) propelled Van Damme to the highest stratospheres of super stardom. If you need a litmus test of the heartthrob status the jacked actor enjoyed during the mid-90s, his 1996 cameo in the Friends episode after the Super Bowl makes for an excellent time capsule.

Yet with sky-high fame came a certain arrogance and an inconvenient cocaine habit – something a now older and humbler Van Damme has admitted himself. When Universal offered him a deal to star in three movies at 12 million dollars a pop, the superstar demanded the same rate he heard Jim Carrey was getting: 20 million. The studio hung up on him. The life of excess and shaky personal relationships started to affect Van Damme’s career. His director’s debut, The Quest (1996), and Double Team (1997) – a two-hander with Dennis Rodman – flopped at the box office. By the end of the ’90s, his star seemed to have crashed down as fast as it had risen in the late ’80s. The next decade would be a string of straight-to-DVD releases and low-budget action fare that had a hard time making it to the big screen.

Fast forward to 2008, however, the year the Belgian gem JCVD saw the light of day, and we realize that perhaps the Muscles from Brussels isn’t out for the count after all. In the dark comedy named after his popular acronym, Van Damme plays an aging has-been who’s losing a custody battle over his daughter and misses out on a movie gig because Steven Seagal has ‘promised to cut off his ponytail’ for it. Van Damme emerges from Mabrouk El Mechri’s celebrity satire more self-aware – and for that matter, self-mocking – than we could ever have imagined, with TIME magazine calling it a comeback worthy of an Oscar.

Up next are a few ass-kicking sequels and remakes including Universal Soldier: Regeneration (2009), The Expendables 2 (2012) and Kickboxer: Vengeance (2016), and just when we think Van Damme has set his sights on recycling his former glory days with a little more flair and improvisation added in, up pops Jean-Claude Van Johnson. So far all that’s been seen of the Amazon Prime series is its pilot, but already, the absurd premise is a tentative bull’s-eye. The first episode soon reveals that washed-up superstar Van Damme – again playing a heightened version of himself – has actually been Jean-Claude Van Johnson all along, a secret agent using his action star persona for cover. Quippy, uplifting and with an emotional JCDV at times, Jean-Claude Van Johnson might just prove the self-aware life jacket to Van Damme’s movie career. There are few things Hollywood loves more than a good redemption story.