Jacques Brel, born in 1929, was one of the most celebrated singers of his generation. A singer-songwriter, he was a musical icon who reinterpreted the Chanson in an emphatic and poignant way so that it was relatable to his audience. Culture Trip looks at this Belgian icon’s life and work, and the legacy that he had left behind. 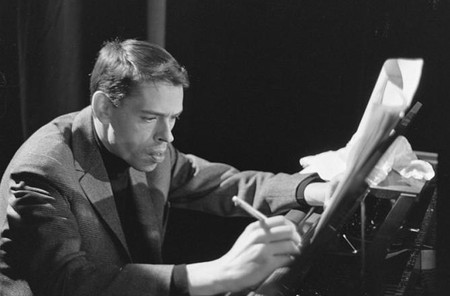 Many people from around the world assume that Jacques Brel, the Master of the Chanson, was French. He was of course Belgian; in fact Jacques Brel was probably more Belgian than anyone else living in this small country. Born in Schaarbeek, Brussels, he considered himself to be a French-speaking Belgian with Flemish roots. He mostly sang in French but his first success was in Flanders. The rest of Belgium followed soon, so did France and the rest of the world. ‘Quand on n’a que l’amour’, a sweet love song, was his first breakthrough and as a result his work became sadder and gloomier. Three themes would always come back in his lyrics: a critique of the bourgeois morals that he knew from his childhood (‘Les Flamandes’), love (often more painful than joyful as in ‘Ne me quitte pas’) and death (‘La mort) – making his work very literate and theatrical.

On stage he was a performer in the true sense of the word. 300 shows a year were no exception for him and on stage he always gave his best, playing and performing like a clown. Later his role on stage developed into being a sad poet, passionately showing his pain to the audience with his body and language with tears included. His performances were so intense that he attracted a huge audience, even in countries where people did not understand a word he sang. Quickly, he became successful worldwide, playing shows in Moscow and in New York. This was quite an achievement for a singer of French songs. His famous fans included David Bowie, Scott Walker, Dusty Springfield and Frank Sinatra, some of whom even covered his music.

Offstage his life was equally frenetic since he loved to drink, to smoke and to flirt. Later when was fed up with his abandoned lifestyle and afraid that he could not do any better artistically, he quit performing in 1967 and started acting in movies. He would ultimately play in 10 films but never would he attain the level of success he had with his singing career. His love for women was also legendary. Although he married Thérèse Michielsen in 1950 (when he was 21), he soon left her and his three children to live alone. He never divorced his wife but that did not stop him from having multiple affairs. In 1972 he met Maddly Bamy whom he fell in love with and would spend the his final years with.

Jacques Brel suffered from lung cancer and in 1978 his health began to fail. He was flown back to Europe where he died in a French hospital on October 9th 1978 at the age of 49. His body was flown back to Hiva Oa where he was buried close to French painter Paul Gauguin. He remained very popular throughout the years, not in the least thanks to the many artists covering his songs. His most famous chanson is probably ‘Ne me quitte pas’ which was recorded by artists like Frank Sinatra and Barbara Streisand as ‘If you go away’. In 2005 he was elected as ‘The Greatest Belgian of All Time’ by the audience of RBTF, the French-speaking Belgian television station.