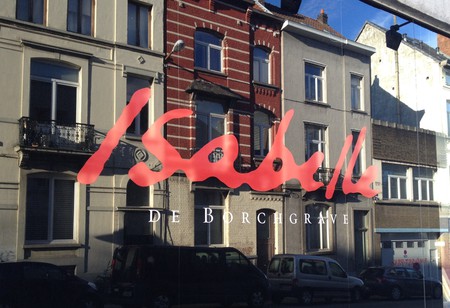 Isabelle de Borchgrave uses paper as others use clay. From this simple household material, she creates jewelry, décor, artifacts, lamps, clothes and most famously, dresses. Using techniques she developed with her team of assistants, Borchgrave creates bright, radiantly colorful objects that have seduced individuals and prominent brands around the world.

The clothing collections bearing Isabelle de Borchgrave’s name are inspired from the Spanish designer Mariano Fortuny, 17th-century French fashion, ballet russe, the Medici era, Kaftan coats, Coco Chanel and Dior, to name a few. The pieces look like they are made out of velvet, satin, silk, or tulle, but not one of them contains any fabric. 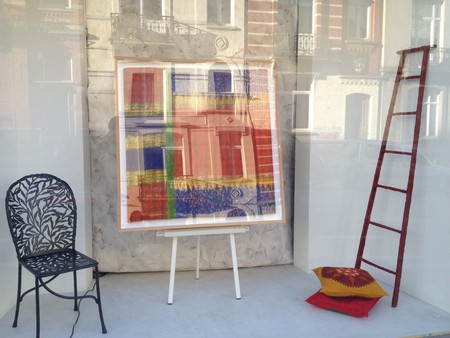 Though her name is automatically associated with them now, de Borchgrave has not always made paper dresses. She started out as a student at the Academy of Drawing and Decorative Arts and the Royal Academy of Arts of Brussels, specializing in painting and drawing. These skills are still very much part of de Borchgrave’s work as she paints minute and intricate patterns on her paper creations.

The idea of creating clothes out of paper came to de Borchgrave during a 1994 trip to New York City and its Metropolitan Museum of Art. Her visit of the Yves Saint-Laurent retrospective at the MoMA inspired her to tell the story of fashion design. Partnering up with Rita Brown, a Canadian costume-maker, she created the history lesson called Papier à la Mode.

The exhibition, made up of life-size paper outfits inspired from different époques from the 17th century onward, traveled from Europe to the United States and Japan. In a way, this sudden dedication to paper made sense. Paper was de Borchgrave’s first toy as a child. In an interview with The Telegraph, de Borchgrave states, “with paper, if it goes wrong, you can scrunch it up and drop it in the bin and start again. It makes you more adventurous. It allows you to play.”

What makes paper precious to de Borchgrave is its simplicity. In line with the tradition of Arte Povera, an art form which seeks to create beauty using everyday objects, she turns a household item as common as paper into admired artworks. Though she has now become reknown in the world of paper design and Belgian art, this admiration grew over many long years of hard work.

From attic studio to Versailles

Isabelle de Borchgrave started out in the ’70s in a studio under the rooftops of the Place du Sablon, Brussels. There, she created textile patterns for fabric producers such as Pierre Frey and Designers Guild. When she started working with paper, the fashion world, which had gotten to know her thanks to her textile designs, was baffled and impressed. Riding on this element of surprise, de Borchgrave became famous for inventing paper design. Today, she lives and works in a radiantly white loft-like space at 73 Chaussée de Vleurgat near the bustle of Place Flagey.

Movement and noise feed her creative energy. Indeed, she does not work alone: she is helped by a team of young fashion designers and artists. Together, they have produced hundreds of dresses currently exposed in Versailles, Saint-Petersburg, Turin, Phoenix and, of course, Brussels. According to the artist, more than a million and a half people have already seen her works.

Over time, Isabelle de Borchgrave has widened her scope. Still working with paper, she has also started making interior decoration pieces out of fabric and bronze. She designs wrought-iron chairs, bronze tables, fabric cushions and ceramic dishes. This interest for product design has extended beyond the walls of the artist’s studio.

In the past few years, Isabelle de Borchgrave has also collaborated with corporate giants such as Target, Villeroy & Boch, Caspari and Hermès. For the first three, she made collections of dining room accessories such as napkins, plates and cups. More recently, she has worked with Hermès for which she designed the 2015 Christmas window display in the rue de Sèvres in Paris. Needless to say, Isabelle de Borchgrave will undoubtedly keep leaving her mark in Belgium and the broader world of art. 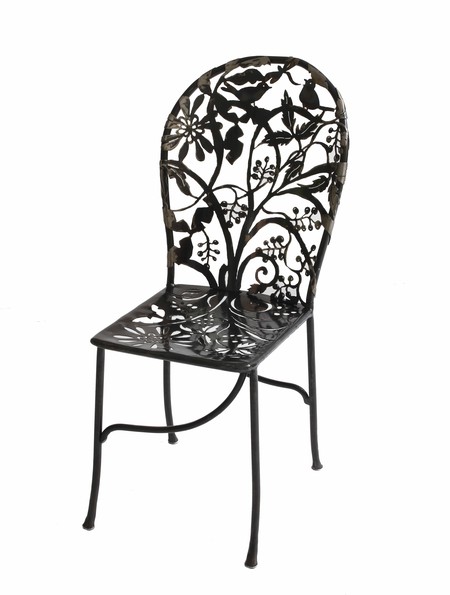