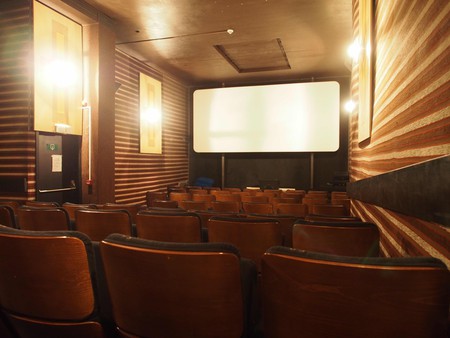 Underneath its stuffy Eurocrat veneer, Brussels is a secret haven to the European cinephile. Among its diverse pool of independent cinemas, the Actor’s Studio shines bright. Pocket-sized and hard to find, it carries a clever mélange of French-language films, art house fare and the occasional revered Hollywood flick. This combined with an indelible authentic feel have made the Actor’s Studio a long-time Brussels favorite.

When it comes to independent cinema, Brussels is an embarrassment of riches. There’s non-profit Cinema Nova, with its imposing industrial theater hall and its increasingly successful, gore-filled Offscreen Festival.

The lively Matongé quarter has the family-run Vêndome, an art house fixture with a focus on the auteur film and a loyal audience since its official opening by Sophia Loren in the early ’50s. The classics and piano-accompanied silent films are kept alive at museum-cum-theater Cinematek. 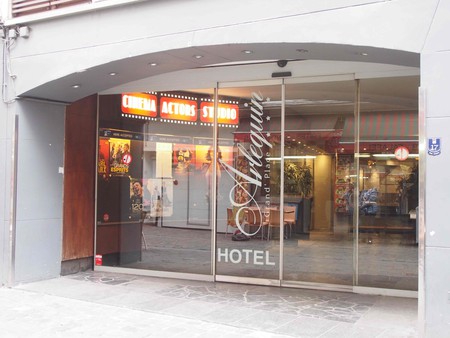 We don’t mean to imply Brussels’ small independent cinemas are immune to the effects of the multiplexes that now dominate most urban landscapes. Just two years ago the charming Styx, one of Europe’s smallest cinemas, had to throw in the towel after the realization that costs for digitization simply ran too high. Luckily, dedicated owner and founder Claude Diori is also involved in what now may qualify as the most unassuming and hidden pearl amongst all of the city’s independent theaters: the Actor’s Studio. 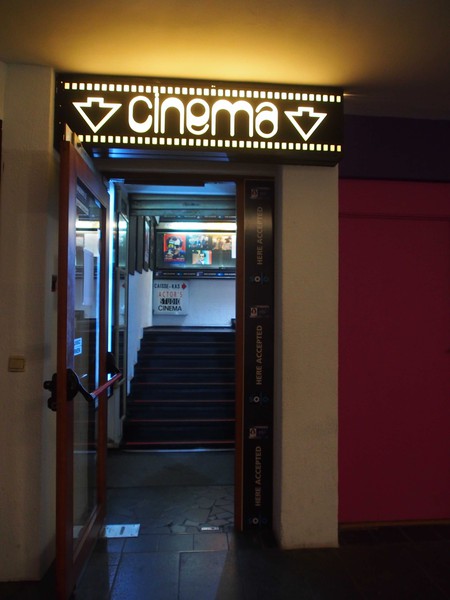 In an abandoned arcade, surrounded by emptied out businesses, lies the doorway to the Actors Studio

The Studio is one for those in the know. Accessible either through the lobby of the Floris Arlequin Hotel, or through the shabby arcade around the back, it’s a small adventure getting your butt into the seats of this warm cinephile nest. First-time visitors often risk blowing past the starting time of their movie when in search for the theater’s teeny entrance, buried in a desolate indoor gallery that sits between a narrow web of streets around the Rue des Bouchers. This part of the historic core, known as the Îlot Sacré (Holy Island), is a maze of cheap seafood restaurants. And while you’ll find much better North Sea-inspired dishes in the Dansaert quarter, rushing past these eateries’ pink neon signs screaming ‘fruits de mer’ is an essential part of this cinema’s experience. Once inside, it becomes clear why the heart of the Brussels’ cinephile beats for the Actor’s Studio. 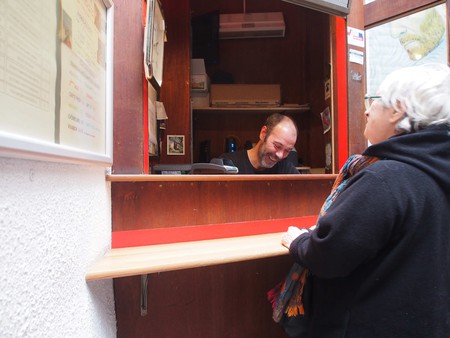 The Actors Studio's Raphaël, handing out tickets from his wooden booth as the first moviegoers of the day start trickling in | © Nana Van de Poel

First off, there’s the welcoming demeanour of staff like Raphaël, who mans the wooden ticket booth and who, in between handing out tickets and genially chatting with older patrons, emphasises that, for him, the best part about the cinema is still the people. ‘We’re closer to the audience here,’ he points out. ‘In [Belgium theater chain] UGC for example, you’ve got ticket machines all over. Here we still talk to people.’

Equally built for connection is the establishment’s charming wooden bar that catches the eye next. Joined by a rickety table and chairs, it’s here that those who like to ponder and muse on film find a drink and a willing sparring buddy. Most of what catches your ear here will be local French and occasionally Dutch, but a couple of English-speaking expats and film-loving travellers find their way to the Studio as well. The latter mainly due to the happy balance the team here tends to strike between French-language film, European art house and the finer Hollywood fare. 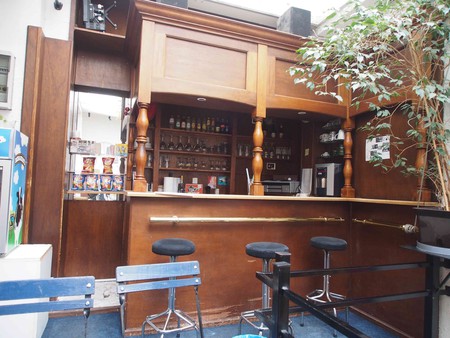 Clever programming has recently allowed the film buff temple to open up a third theater. With its largest hall boasting 93 seats, and its smallest an intimate 46, a convivial atmosphere reigns. On their way to theater one, audience members catch a glimpse of a stunning old projector with massive film spools. In a small hallway lined with more tables and bar stools encouraging cinephile exchanges, glass cabinets showcase lenses and film gear from a bygone era. Another projection room boasts a curious portrait of a dishevelled clown and, in the smallest theater, an old piano sits beneath the silver screen, even if the instrument hasn’t been used in a long while.

Streamlined perfection has never been the Studio’s aim. In the same 46-seat theater, parts of broken blue seats have been swapped out for purple, pink or red ones, creating a comfy patchwork. On hot days, two fans on either side of the screen blow a fresh breeze through the room; for some reason, the cinema always seems to maintain a balmy temperature. The list of idiosyncrasies goes on for this charming nook hidden away in the bowels of Brussels, and that’s exactly how the Brussels cinephile likes it. 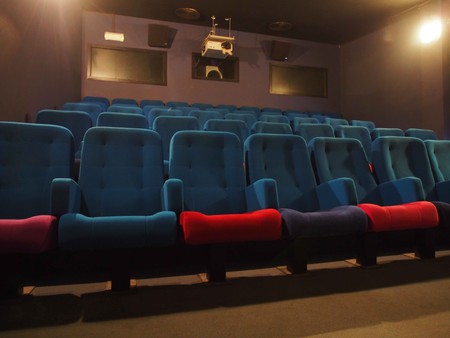