In the Footsteps of Victor Hugo’s Brussels Days 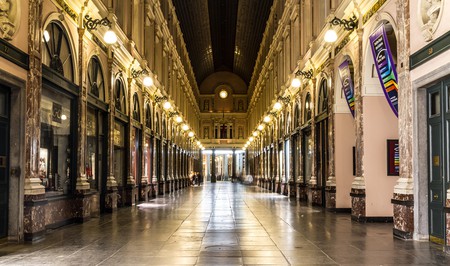 Honoré de Balzac, Alexandre Dumas, Paul Verlaine, Arthur Rimbaud – many French literary greats have found a political safe haven or warm liberal nest in Brussels throughout the centuries. Out of all of them, none waxed as poetically about the heart of Europe as Victor Hugo. Take a stroll through 18th-century Brussels, visiting the places where the exiled author put pen to paper, the now bookstore where he frequented his mistress, and the extant landmarks he described so lyrically in his journals.

The Grand Place: a grand place to lie low

Not yet knowing that the city would be a second home to him in the decades to come, a 35-year-old Hugo first laid eyes on Brussels’ Grand Place in 1837 as a tourist. An avid journal writer, he wrote down his first impressions of the medieval square, calling the place a “miracle,” and describing the City Hall with its belfry as “a dazzling fantasy dreamed up by a poet, and realized by an architect.” It’s no wonder that the already established writer took up residence at the Grand Place number 16, a magnificent building also known as “the Windmill” and part of the House of the Dukes of Brabant, after Napoleon III’s 1851 coup and Hugo’s subsequent exile. He soon moved into a bigger room next door, in “the Pidgeon,” where he would write Napoléon le Petit (Napoleon the Small), a scathing political pamphlet that drew its name from his most famous insult to the emperor – “Just because we had Napoléon le Grand [Napoleon the Great], do we have to have Napoléon le Petit [Napoleon the Small]?” 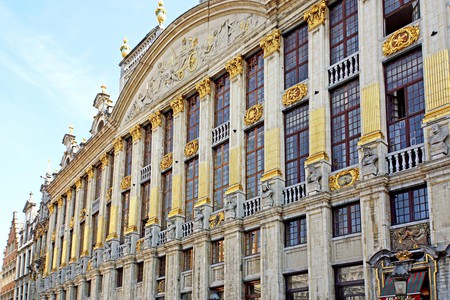 Brussels was home to not one, but two premieres of Hugo’s ultimate classic Les Misérables. The first was the much-anticipated publication of the novel in 1862; the second was the first performance of the theatrical version a year later. Napoleon III might have granted Hugo amnesty by that time, but the French government refused to let the critical social drama be performed in Paris. So Hugo’s son Charles, the adapter of the novel for the stage, chose Brussels’ Théâtre Royal des Galeries instead. When attending a show in the velvety venue, look up to see a dreamy blue sky by René Magritte. 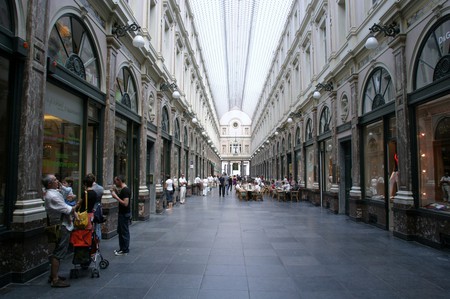 Tropismes: from love nest to bookstore

Even before his son staged a play in its theater, Hugo himself had become intimately familiar with the pioneering shopping arcade. During his exile in Brussels, he walked the halls of the Galeries Royales Saint-Hubert nearly every day to visit his devoted mistress, Juliette Drouet, who’d accompanied him to Brussels and would do so again on his move to the Channel Islands until their return to France in 1870. Today, her former home is a popular bookshop known as “Tropismes.” It sits in the smaller Galerie du Prince and quite fittingly specializes in French literature, including Les Misérables, the manuscript of which Drouet smuggled across the border when she followed Hugo to Brussels. 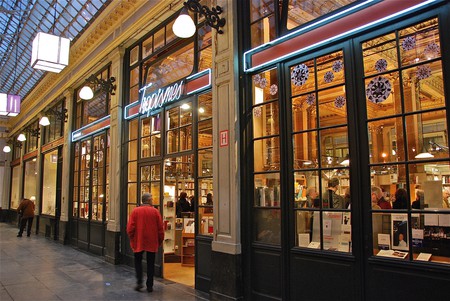 Cathedral of St. Michael and St. Gudula: a gothic treasure

“The purest flowering of the Gothic style” was Hugo’s perception of this fine church, which was not yet deemed a cathedral at the time of his visit. Now used for both royal weddings and funerals, St. Michael and St. Gudula reminded the author of the Notre Dame. He marveled at its 17th-century pulpit, its windows, and the singing of its choir in detail in his journal, much in the way he did with its Paris cousin in The Hunchback of Notre-Dame‘s lengthy descriptive passages. 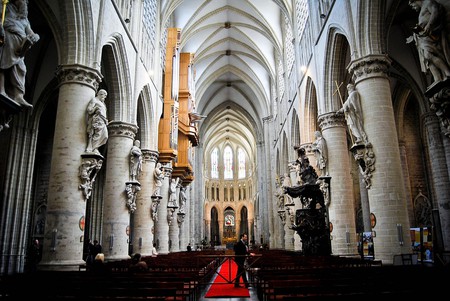 After moving around in Brussels a couple of times, the Hugo family eventually settled at the neoclassical Place des Barricades. With his son Charles having married a Belgian girl and there being a grandkid in the mix, Hugo would return regularly to number 4, even if he spent most of his time on the Channel Islands with Juliette Drouet. A plaque at the premises bearing one of his quotes – “I feel myself the brother of all men and the guest of all peoples” – carries a specific resonance knowing that Hugo, an eternal pacifist, was an early proponent of what he called a “United States of Europe.” Little did he know that he had bought his family home in the city that would become the heart of it.