How to Celebrate the Legacy of Peter Paul Rubens in Antwerp 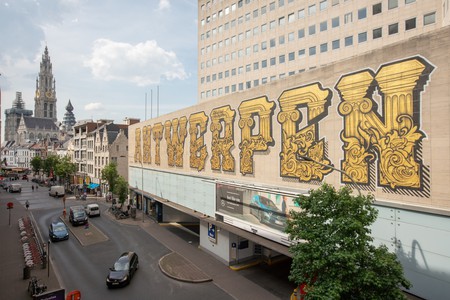 One of the most famous painters to ever walk this earth is Peter Paul Rubens. His hometown Antwerp is honouring his impressive legacy with a seven-month-long city-wide festival called ‘Antwerp Baroque 2018. Rubens inspires’. It includes new exhibitions, walking tours, baroque street art murals, concerts and an art installation that lets visitors roll around in clay.

Born in Germany in 1577, Rubens came to live in his father’s hometown, Antwerp, in 1589, two years after his father died. He started painting there at the age of 14. After completing his education, he lived in Italy for several years and returned to Antwerp in 1609. He built his own studio – now the Rubenshuis – in 1610. This is where he painted some of his most famous works, such as The Massacre of the Innocents, The Descent from the Cross and Samson and Delilah. Rubens was a very prolific artist and produced over 1,400 works during his career. He specialised in creating altarpieces, portraits, landscapes and historical paintings of mythological and allegorical subjects, although he is mostly known for his depiction of voluptuous nude women, a body type nowadays referred to as Rubenesque. 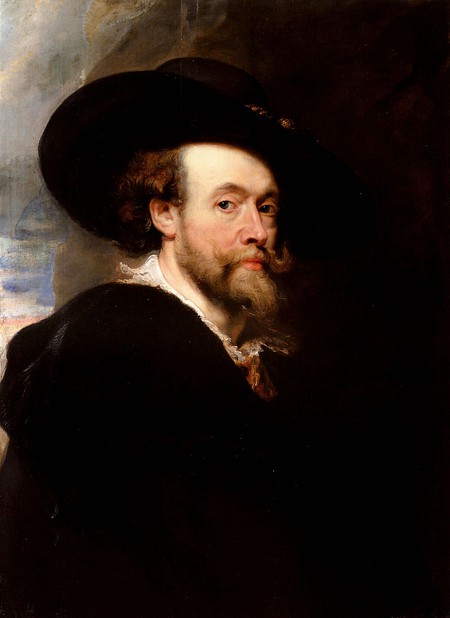 Baroque is characterised as ornate, extravagant and passionate, often to a violent extent. Antwerp Baroque 2018 honours all of these facets in different exhibits and events. We’ve selected the highlights for you below. 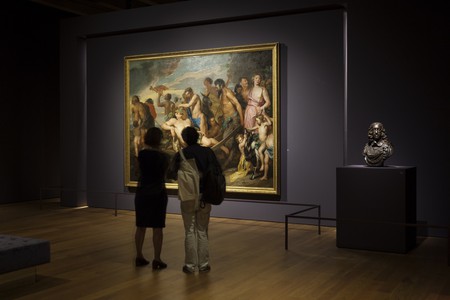 The most famous work by Michaelina Wautier, The Triomph of Bacchus. | © Stad Antwerpen / Ans Brys

In the exhibition Michaelina, Baroque’s Leading Lady at the MAS, visitors are introduced to the paintings of Michaelina Wautier (1604 – 1689). The work of Wautier has only recently been rediscovered and is so impressive she is being hailed as the ‘female Rubens’. Wautier came from a wealthy family, never married and lived with her brother. All of those elements probably enabled her to paint, which was a highly unusual occupation for a woman in those times. In her most famous work, The Triumph of Bacchus, she depicts herself as the only woman in the painting, standing at the edge of the frame, turning away from the action, which most likely signifies she was well aware of her exceptional position as a female painter. Wautier was an incredibly gifted painter and her works definitely deserve to be in the same realm of admiration as Rubens’ work.

For a look at more contemporary art, you only have to wander the streets of Antwerp, where four graffiti artists were commissioned to create giant murals celebrating Baroque. Next to the Rubenshuis, Australian street artist Smug has created a highly realistic portrait of a man pensively looking down onto the consumers walking on Antwerp’s best-known shopping street, Meir. In the Prekersstraat Greg, Astro from Paris uses the chiaroscuro technique – contrasting light and shadow – that was systematically applied in the Baroque era. El Mac hailing from Los Angeles took over a wall on Gramayestraat and filled it with a portrait of an old man, constructed out of thick, air-brushed lines. This effect is created by freezing his spray cans before use. Antwerp graffiti artist Yvon Tordoir – better known on the street as RiseOne – spruced up Eiermarkt with a massive painting of the word ‘Antwerpen’ in Baroque style. 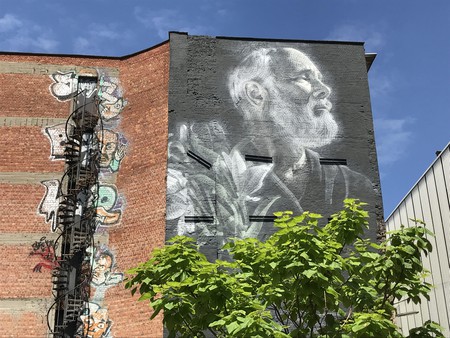 The Middelheim sculpture park in the south of Antwerp commissioned around a dozen new artworks to honour the legacy of Rubens in an exhibit called Experience Traps. There is a work called Energy Fog that lets visitors smell the decadent scent of Baroque, which is very sweet and reminiscent of chewing gum. Guests can create their own Baroque-style artwork in a big clay pit on the lawns of the park, play around on moving patches of grass or try and decipher which artists’ names a parrot is trying to pronounce. One of the most controversial works in the Experience Traps exhibit is called Arc de Triomphe by Austrian art collective Gelitin. This work caused an uproar because it depicts a naked man in a rather explicit pose (a very NSFW picture can be viewed here). 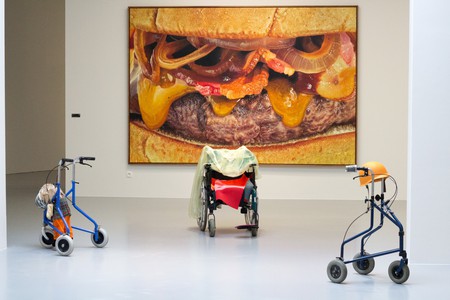 Art works at the Bloedrood / Sanguine exhibit at the M HKA in Antwerp. | © Ester Meerman

Dutch photographer Paul Kooiker will exhibit an alternative retrospective of his work at the FOMU photo museum in Antwerp, starting on June 29, 2018, with a clear reference to Rubens’ voluptuous nude females. Meanwhile, at the MAS, Antwerp photographer Athos Burez shows his Baroque-inspired pictures on the walking boulevard leading to the top of the museum. At the M HKA, Antwerp’s museum of modern art, curator Luc Tuymans put together his view on Baroque and Rubens in the Bloedrood / Sanguine exhibit, centred around two works by Caravaggio and a thought to be lost work by German artist Edward Kienholz. The latter is a highly controversial installation in which five white masked Americans lynch an African-American man. At the Rubenshuis, all the attention is centred on the recently restored self-portrait of Rubens and visitors can climb the scaffolding to check out ongoing renovation works at this impressive architectural gem. 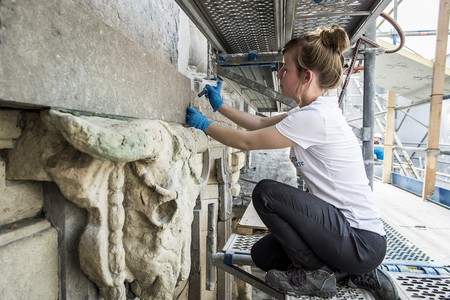 At the Rubenshouse visitors are invited to visit the current reconstruction works. | © Stad Antwerpen / Sigrid Spinnox

Baroque also had a permanent influence on music, which features heavily in the festival’s program. Highlights include performances by Danish band Efterklang, one-time performances by Monteverdi’s L’Orfeo, Händel’s Messiah and the Antwerp Symphony Orchestra’s performance of the Christmas concert, which sells out months in advance every year. Max Richter will perform his eight-hour composition Sleep, where visitors can sleep on camp beds in the Cathedral of Our Lady.

Antwerp Baroque 2018 is part of a three-year culture project in Flanders, to be continued in 2019 with a focus on Renaissance painter Pieter Bruegel the Elder and will conclude in 2020 with Jan van Eyck as the centre of attention. Antwerp Baroque runs from the 1st of June 2018 until the 1st of February 2019. The full program can be viewed here.