How To Celebrate Christmas In Belgium 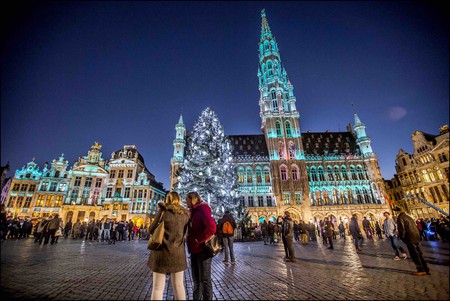 As a predominantly Christian society until fairly recently, Belgium embraced Christmas centuries ago as its single most important holiday. And though the religious connotation has waned significantly, the small country still carries a torch for Christmas and all that it entails. Cozy villages built out of wooden chalets and a family-centered Christmas Eve around an overflowing table are traditions dear to many a Belgian heart.

But first, a second Santa

Belgian and Dutch kids are lucky to have Sinterklaas or Saint Nicholas, a kind of second Santa, show up from Spain twenty days before the actual one makes his way over from the North Pole. After putting out their shoes filled with carrots (for the Sint’s horse), cookies and other treats (for the Sint and his helper Black Peter) the night before, children that have been good throughout the year are greeted on the 6th of December with presents, speculoos and chocolate figurines. Legend has it that the gentle man with the long white beard and impressive burgundy robes visits all the houses of the Lower Countries in one single night. In Belgium, little ones who want to double their booty can write a letter to the Sint via the actual mail and get a present and letter back. No stamp needed as long as you get the Holy Man’s address right: Sinterklaas, Spain Street, 0621 Heaven. 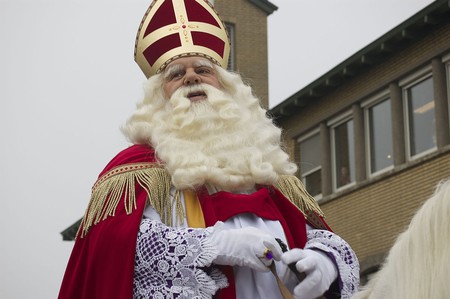 Most important in the run-up to Belgian Christmas are the traditional markets. According to the Belgian recipe, these are authentic villages that radiate charm with thousands of fairy lights and wooden booths serving artisanal treats. Your chances of seeing the biggest Christmas tree in the land are guaranteed at Brussels’ Winter Wonders, one of the most visited markets of all that lasts the entire month of December and hosts tons of side activities. You’ll find the most mammoth of christmas trees on the Grand-Place, along with a stunning light-and-sound show. Other popular markets are Leuven, Antwerp and Liège, who all have their own signature atmosphere. One thing they all have in common are the food and drinks: glühwein, jenever (or ‘Flemish gin’) and hot chocolate to keep the insides warm and waffles, pancakes and smoutebollen (deep fried sweet dumplings) to keep the belly content. Skating rinks and ferris wheels are usually around to up the entertainment and kiddie fun even more. 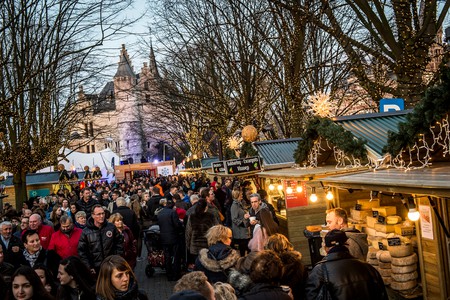 When Christmas Eve rolls around, Belgians huddle up with the family for a large communal meal and the unwrapping of the gifts underneath the tree. It’s an intimate and cozy occasion that reflects just how important family is to the average Belgian. The preparation that goes into the dinner may not be quite up to the level of North America’s famous Thanksgiving turkey, but it certainly comes close. Our guide to Belgian Christmas foods gives you the lowdown on the entire meal. Post-dinner bliss is assured by finally opening the presents that have been ogled for weeks and often there will be a round of board games as well. Some families go to Midnight Mass service, though this tradition has dwindled over the past couple of decades as the non-religious part of the population grows. Belgians that do make it to church that evening have a big chance of running into a lifesize nativity scene on their village square, often with a real donkey and a sheep, to the delight of Belgian children all around. 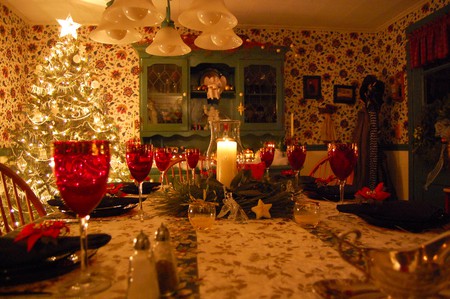 Sleeping in on Christmas Day

You wouldn’t guess it looking at the Germans’ reasonably put-together neighbors, but Belgians are the second-to-last worldwide to rise on Christmas Day, the New York Times reported last year. Trailing Brazilians by a couple of minutes, Belgians on average get up a little after 9am. Might the previous night’s gourmet extravaganza have something to do with it? Or perhaps the Midnight Mass? Whichever the answer, it’s a fact that Christmas Day in Belgium is generally a day of relaxation, of having a generous Sunday breakfast and of visiting old friends and distant family members you didn’t get a chance to see the day before. To most it’s important, yet nowhere near as important as the evening of December 24th, the Belgian holiday extraordinaire. 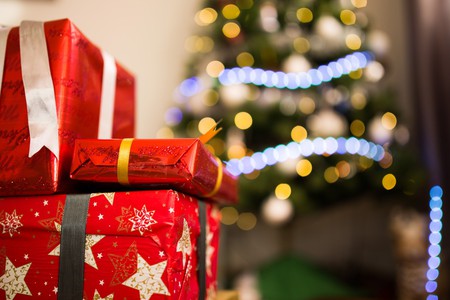 Presents | © Luis Llerena/StockSnap
Give us feedback