How The MAS Transformed An Abandoned Antwerp Neighborhood

From a rusty, forgotten harbor area to a hub teeming with culture and the signature splattering of hip coffee bars – the transformation of Antwerp neighborhood Het Eilandje has been swift and, knowing the laws of gentrification, predictable. Playing a crucial part in the evolution has been the MAS Museum, Antwerp’s pride and joy of five years.

The explanatory factors behind gentrification don’t come much more clean-cut than simply being able to point at the red sandstone giant now towering over Het Eilandje (Dutch for ‘the little island’). In their design of the museum meant to illuminate the centuries-long love affair between the port city and its river Schelde, Dutch architecture firm Neutelings en Riedijk employed ten enormous containers and undulating glass, giving visitors the impression of looking through waves. Around the construction, a stretched-out water basin keeps the spacious feel of the northern dockside district alive – anything to preserve the maritime mood. The locale’s love affair with the sea was thus embraced, and at the same time, effectively preserved in formaldehyde. As city government plans formed near the end of the millennium to tear down a run-down warehouse on the Hanzeplaats in favor of a new museum, maritime equipment shops slowly started to make way for trendier purposes. 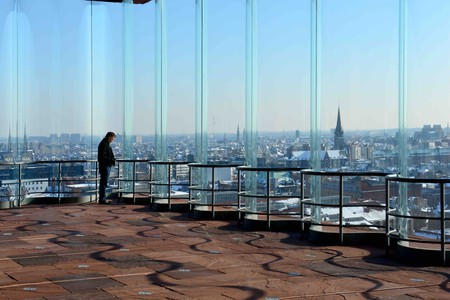 By the time Neutelings en Riedijk’s mammoth building blocks were stacked in 2008, the process had started to speed up. Family-run coffee house Broer Bretel settled down in the Nassaustraat in early 2011, a three-minute walk from the MAS’s doors (that were still to open at that point), to become an internationally renowned haven for lovers of the black gold. Since then, coffee bars, brunch and lunch hot spots, and multiple establishments fitting the term ‘hipster hangout’ have sprung up around the rejuvenation catalyst like mushrooms. 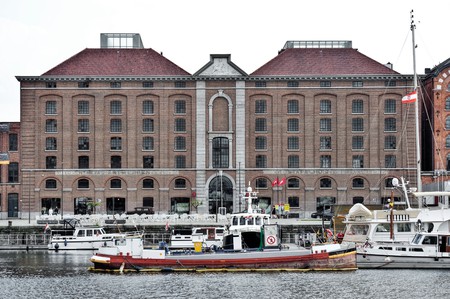 The MAS has repaid them all for their trust in full by dominating the Antwerp museum ranking for five years in a row now. Debuting in May 2011, the cultural village – the MAS contains a lovely, multi-floor ‘MAS Boulevard’ anyone can saunter around on for free, a two-star restaurant, a 360-degree panorama of the skyline, a snazzy café, and a square boasting the first work by Luc Tuymans made for the public space – reeled in close to one million visitors in its first year. After the initial flood of curiosity ebbed away, that number steadied to a very respectable 650,000. The arrival of Het Eilandje’s second grand-scale museum in 2013, the migration-themed The Red Star Line, has given island visitors another reason to make it a day trip. 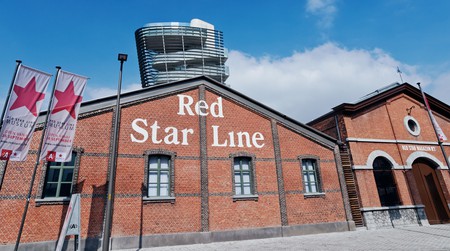 In the meantime, costly residential complexes are becoming an integral part of the landscape as much as coffee roasteries (Caffènation, Pelican Rouge), artist ateliers (the aforementioned Luc Tuymans), and repurposed old warehouses (Sint-Felixpakhuis). Even the independent brewery responsible for Seefbier, a beer so quintessentially Antwerp and beloved by locals that it’s responsible for baptizing an entire neighborhood (the ‘Seefhoek’), has now decided to move to Het Eilandje. For better or for worse, the rejuvenated district has recaptured the hustle and bustle of its 16th-century Golden Age, when the MAS was a German merchant complex double its size and its visitors were tradesmen that sailed around the world. 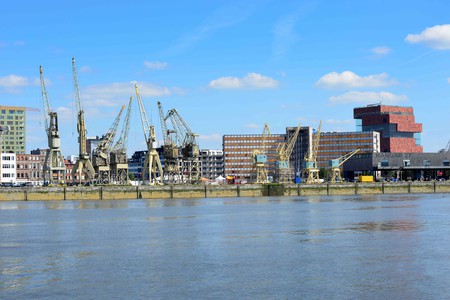 Het Eilandje | © Jan Crab/courtesy of Visit Antwerp
Give us feedback