‘Home’ And The Smartphone As The New Symbol Of Adolescent Angst 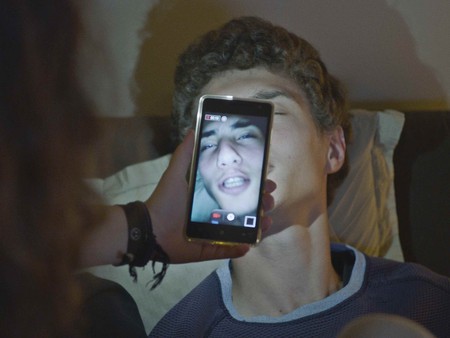 How to capture adolescent alienation on film? How to have the particular melancholy of a life not yet lived seep through your lens? Sixty years after Rebel Without a Cause and 30 years after The Breakfast Club, the new directorial answer seems to be the smartphone. In filming Home, a piercing drama about the inability of two generations to communicate, Belgian director Fien Troch has made modern technology an integral part of her teenage angst tale.

Home starts off in a high school with a rough touch, where teenage boys call their female teachers ‘babe,’ and teenage girls spread unfounded rumors about male teachers for the fun of it. Called to the principal’s office for the latter is Lina who – though she defiantly struggles to make the point that she wasn’t the only one – gets told off by the principal in condescending fashion. A bit later, we meet John, getting yelled at in the hallway by a near foaming teacher for texting what later turns out to be an unhinged mother. Generational divides have been set as we glide across the halls on the ephemeral electronics of Johnny Jewel – the soundtrack of adolescent alienation. 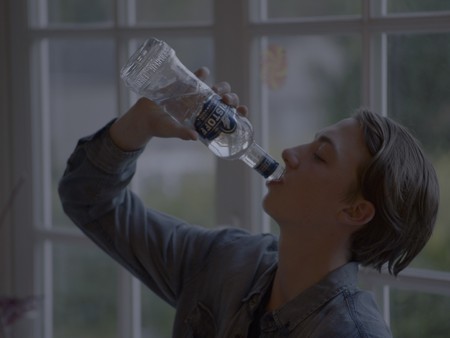 As far as the visuals of adolescent alienation go, it doesn’t take long for smartphone footage of skating hangouts and adolescent drinking parties to infiltrate the already boxy Academy ratio Troch and husband Nico Leunen – who co-wrote and edited the film – have chosen. Vertical iPhone frames of twerking girls are switched up with handheld visuals of domestic scenes gone strained or abusive, both flowing together in a curiously natural and utterly immersive whole. The general malaise brings to mind Larry Clark’s notorious 90s’ shocker Kids and subsequent works, and while there’s indeed skating, sex, alcohol, and violence in Home, Troch adds modern social media to the list of unhealthy outlet valves. ‘I’d like to kill someone just to feel I’m alive,’ Sammy writes in a Facebook post – that, of course, will come to haunt him – while his mom dutifully unpacks the groceries. 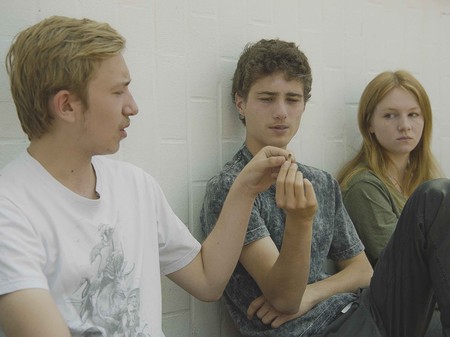 In a way, it makes perfect sense that shaky phone footage would eventually find its way into Belgian cinema, an industry whose artier outliers already tend to go the gritty vérité route. Exhibit A would be the entire oeuvre of the Dardennes brothers, Walloon masters of the realist lower class drama. Their The Kid with a Bike (2011) swerved away from melodrama to sketch a realistic portrayal of a boy in desperate search of his bike and, more disappointingly, a deadbeat father. Looking abroad, teenage chroniclers Alan Clarke (Made in Britain, Scum) and Gus Van Sant (Elephant, Paranoid Park) have used similarly grainy film to evoke a sense of teenage estrangement in the 80s and 2000s. The only difference is that this generation has the smartphone. 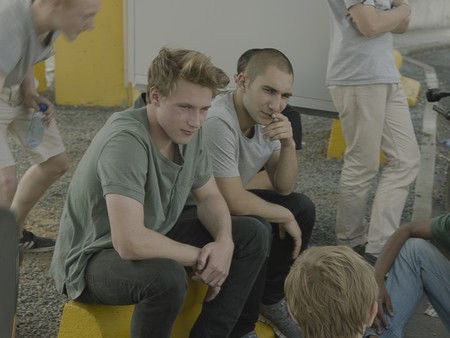 Courtesy of Prime Time
Give us feedback