Ghent’s New Public Library Is a City Within a City 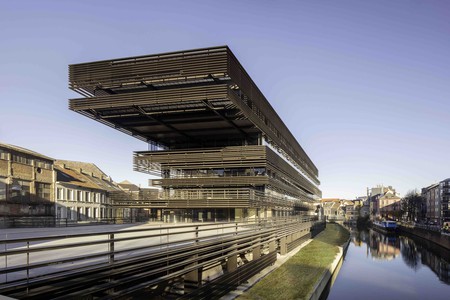 Set to open March 10, 2017, is De Krook, Ghent’s new public library by Coussée and Goris and to many, the most exciting architectural project the Flemish city has seen since the iconic Market Hall settled in the historic core. With its own squares, pedestrian bridges, and unconstrained feel, the wood-and-glass construction promises to become a city within a city, a warm cultural meeting place for the Gentenaar to call a second home.

A mere stone’s throw from cultural temple De Vooruit, on what used to be one of the saddest canalside corners in all of Ghent, De Krook now stands tall, overlooking the city through its glass sides. Together with partner and 2017 Pritzker Architecture Prize laureates RCR Arquitectes, Klaas Goris and Ralf Coussée have designed the new public space to feel as sunlit and airy as possible. Much like with one of their previous Flemish-Catalonian collaborations – the much-praised concrete crematorium hovering above rural town Holsbeek’s swampy plain – openness is key here. The entire 194,000-square-foot (18,000 square meters) complex has one single door. 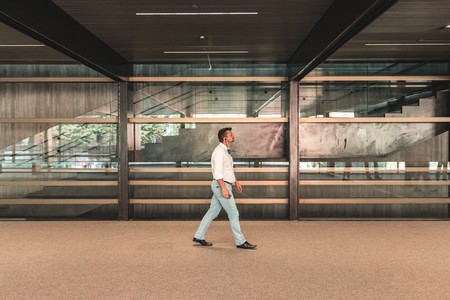 You’ll encounter nary a door in this enormous, multifunctional complex | © Michiel Devijver / courtesy of De Krook

While wandering through this spacious animal, the city panoramas are always there, often including the river, which flows by its side. Horizontally stretching along the riverbank, its levels have been layered unevenly to avoid the appearance of a giant block dropped in the landscape. While the building could have looked like an intrusion due to its sheer size, it has, instead, been carefully designed as an extension of the city, in both its exterior and interior. 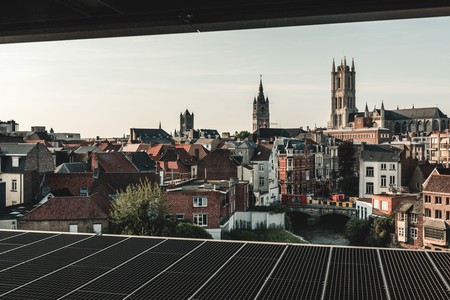 From one of the modern masterpiece’s many reading-designated spots, one can admire Ghent’s historic city core | courtesy of De Krook

Inside, large, slanting squares and bridges connect the different plateaus. The main reading room looks out onto Ghent’s trio of Gothic towers and a wide, eye-catching staircase is meant to double as a reading and relaxation area. The Krook café, with its long opening hours, will satisfy another 110 readers who like a cup of coffee or something stiffer on the side of their literature. For guaranteed peace and quiet, there are low-noise study and reading quarters. In total, over 1,000 seats have been loosely scattered all over the building, creating places for escape into fictional worlds but also for unexpected meetings and riveting dialogues – dialogues that will be sparked by the presence of more than just books. 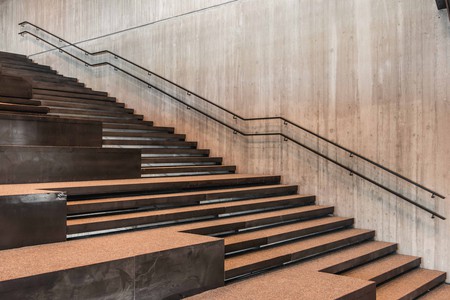 Other institutions to have found a new home at De Krook are the university and research center IMEC, whose scientists will make it possible for visitors to experience 3D printing and virtual realities for themselves. Local student radio station Urgent.fm will be getting a new studio underneath ground level, and all signs point to De Krook being ready to host tons of cultural debates, get-togethers, and performances. Coussée and Goris have replaced the city’s black hole, the so-called “armpit of the Scheldt,” by a transparent indoor city that not only smoothly curves along with the stream but also strives to redefine the public library as an inherently social gathering place. If all goes according to plan – and the building’s innovative design would indicate so – De Krook will become Ghent’s new living room: a warm, multifunctional nest for the thousands of culture seekers that are set to pour through its halls every day.

De Krook’s opening weekend will kick off on Friday, March 10, 2017, with an open-air party to send off the former library in style – live DJ sets and food trucks included. Tours of the building, literary talks, debates, and musical performances will fill the weekend until De Krook settles into its new life as a multifunctional public library on Monday. Find the full program here.