From Tarot To Photography: The Inspiring Talent Of Alice Smeets 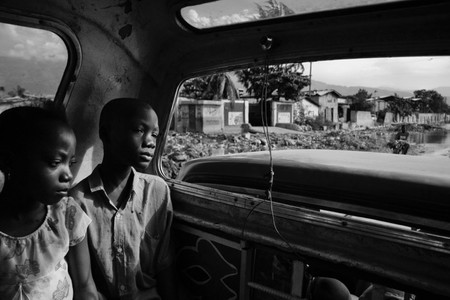 29-year-old Smeets began learning photography as a teenager, but she quickly realized she was missing the practical part of the University learning process. The Welsh photojournalist Philip Jones Griffiths, known for his Vietnam War reports, was her mentor and represented her biggest source of inspiration. He shared with her his immense experience and knowledge about photography and journalism before he passed away in 2008, helping Smeets win the UNICEF Germany Photo of the Year contest. Her winning photograph was of a Haitian girl in the slum of Cité Soleil, wearing a clean white dress and ribbons in her hair, surrounded by squalor. 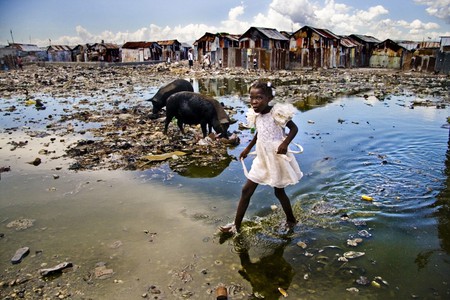 Since then, she has traveled to Haiti at least once a year, documenting the social and cultural life of the country and its people. The UNICEF award gave credibility to Smeets’ work, making it easier for her to collaborate with magazines. Her photographs depicting Haiti display the activities of the locals; she compares the obstacles they face to the dignity of their humble lives.

Smeets is also passionate about tarot reading and life coaching. While documenting the modern witchcraft movement in Europe and the US as a photojournalist, she encountered Marcus Katz — co-founder and president of the Tarot Association — in a tarot workshop in England. She challenged herself to accept Katz’s instructions through the Rider-Waite tarot deck, which is typically used as a tool to bring about enlightenment. She now believes tarot reading can be a very useful tool when determining how to move forward in life. 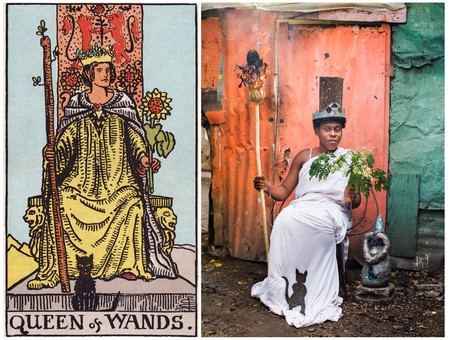 Smeets began to use tarot reading as a therapeutic tool. She has applied her newfound conviction to work as a life coach, and she even wrote a book about how to find bliss and appreciate the dual aspects of the inner self. Her interest in spiritual work led her to create Ghetto Tarot, an innovative project which aims to create a very personal tarot deck without losing the different spirits of the cards, combining Smeets’s passion for spirituality, Haitian culture, and the duality of our world. 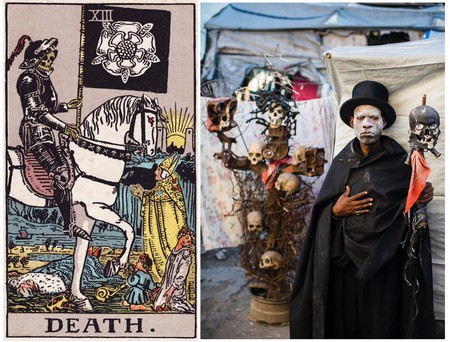 The Ghetto Tarot shows the complexity and spirituality of the Haitian culture, the influence of which is vibrant in Smeets’ work. The photos were taken in the ghetto of Haiti’s capital, Port-au-Prince, with the intention of moving away from clichéd images of poverty. They provide an extraordinary interpretation of the meanings of the cards, highlighting the creativity and strength of the citizens of the ghetto. The pictures show the hidden artistic treasure of these people and feature their skills and capacities instead of focusing on their deficiencies. 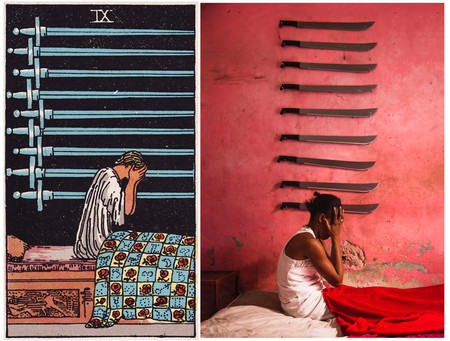 While the Ghetto Tarot is quite a peculiar project, Smeets’ Transit collection dates back to her university years, when she began photographing people on public transports. The idea for the collection started in Belgium, but the project is open to worldwide contributions. In Transit, Smeets captures the facial expressions of people in different states of reflection. When describing the project, Smeets stated, “It’s a work in progress probably until the end of my life, because I cannot stop observing, I will not stop traveling, and I will continue to have my camera with me.” 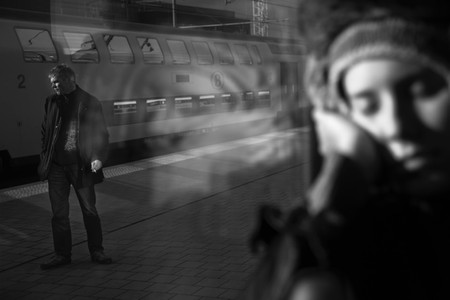 Smeets engages her curiosity and interests through different art forms, such as the documentary AIDependence, which she co-directed with cameraman Frederic Biegmann in 2014. The documentary offers a different perspective on the undertakings of the aid industry and uses Haiti as an example of what occurs in many of these developing countries.

AIDependence criticizes the work of the NGOs that intend to devote their money and missions to the development of countries in need. In the directors’ perception, while the work of an NGO implies good intentions, these groups often do not understand the actual needs of the people; oftentimes the mission ends up disseminating jealousy, potential conflicts, and frustration.