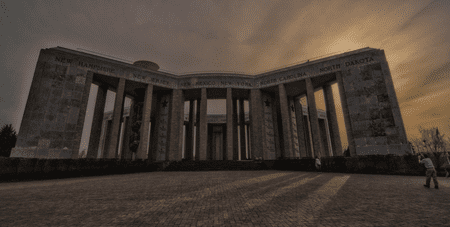 The Battle of Bastogne, in Belgium, was part of the larger Battle of the Bulge during WWII that left an indelible mark on this town of 15,000. A tour through Bastogne will enable the visitor to ponder the absolute devastation incurred during the siege of Christmas in 1944. Starting at Place Général McAuliffe, and ending at the Bastogne War Museum, one can only begin to imagine the horrific events that resulted in an estimated 90,000 allied casualties. 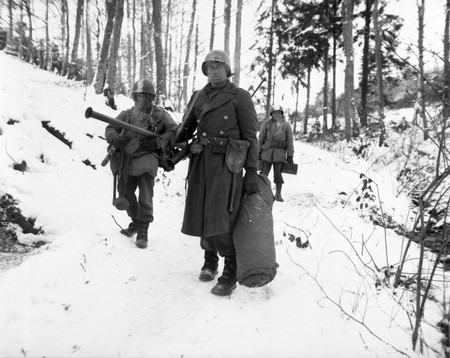 The U.S. Army - Battle of the Bulge | WikiComons

Starting at the Place Général McAuliffe, a visitor can immediately see that this is not your ordinary town. United States Army brigadier general, McAuliffe commanded the 101st Airborne division at Bastogne during WWII. His name sits at the intersection of the more familiarly French, Rue de Neufchâteau and Rue des Ecoles. In the middle of the square is an M4A3 Sherman tank, sitting splendid and static. It stands as a testament to troublesome times 72 years earlier.

Walk west down the main road (Neufchâteau) and find on your right, the 101st Airborne Museum – Le Mess. The museum gives the more adventurous a chance to recreate the tortuous circumstances of the siege. Coupling the perspective of both the fox-holed frontline soldiers, who heroically held the Wehrmacht at bay for eight days, and the circumstances of civilians beneath the barrage of a bomb shelter, the experience provides an effective assault on the senses that resonates with realism. 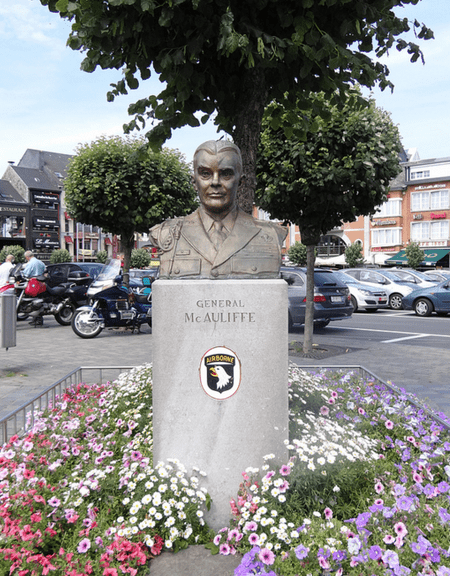 North, on the Rue de la Roche, is a modest looking collection of prefabricated and temporary buildings that comprise the Bastogne Barracks. Still in operation today, the barracks host their intended occupant, the Belgian military. They first gained their renown 70 years earlier as the headquarters for McAuliffe and the 101st Airborne. The Barracks tour provides the opportunity to go behind the scenes of the masterminds, who maintained morale and massed the allied forces in defense of this tiny town, against an enemy thought to number more than double their own. As the Nazi forces encircled Bastogne to the north and south, the contested hinterland (the ‘bulge’ in the allied line) between the two advancing enemy fronts converged on the town, trapping the allied forces and local citizens.

Enter General George Patton’s third army. Though Montgomery’s British troops failed to break through in the north, Patton was able to break the deadlock and provide much needed relief for the overstretched and struggling American defenders of the town. The siege was broken before New Year’s, but the losses sustained on both sides were momentous and existential to the Nazi hopes of regaining the strategic port of Antwerp. 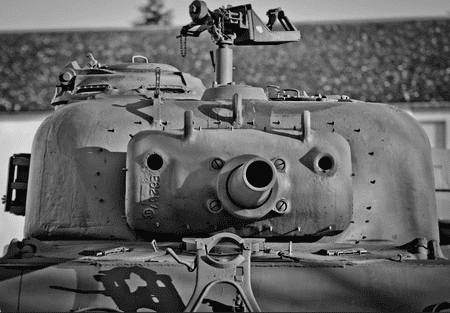 The Americans have left their mark above Bastogne in the form of the American Liberators Memorial. Worth a visit before entering the Bastogne War Museum, the Memorial makes a mark on the memory as well as the landscape. The story of the battle is told in 20m high grey friezes that stretch like Greek columns with a viewing deck on the roof. The battle is brought to life, providing a valuable summary of events before arriving at the War Museum. 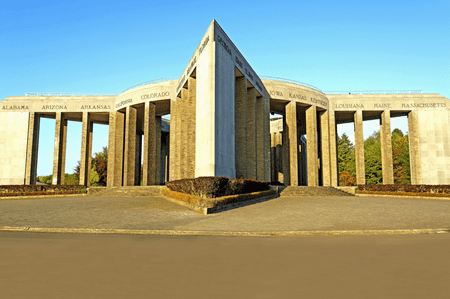 The first half of the museum embraces the entire history of the Second World War, from the Eastern Front to the Pacific, while placing us in the specific context of occupied Belgium. The problem is, after all this information, the only mention of Bastogne and the ‘Bulge’ is a paragraph in the penultimate room. The reason soon becomes obvious. The second half of the museum is dedicated to its main subject, the siege and Battle of the Bulge, providing a dissection of December, 1944. 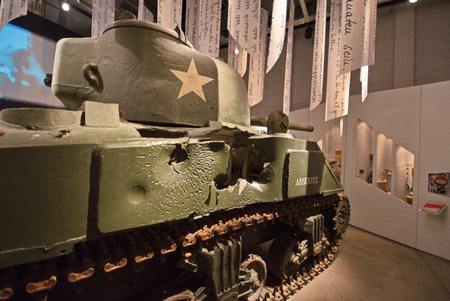 Bastogne is approached from four different perspectives: an American ‘airborner’, a German lieutenant, who has fought previously on the eastern front, a woman from the local resistance movement and a young boy from a nearby village who seeks refuge in Bastogne. Provided through a brilliant, and compulsory, audio-guide, the narrative can slip into the sentimental and melodramatic, but like a good blockbuster, it takes us on a journey through the set pieces of three films. They include 3D graphics, reconstructed reality, and interactive experiences. Together, they almost feel like attraction park rides, especially with the queues outside, but each serves its function to draw us closer to the lost horrors of the past. Spend at least two hours in this museum, in order to gather the full breadth of its story. 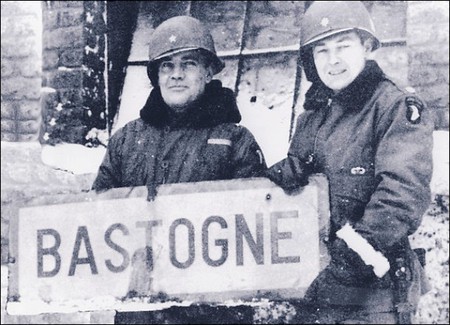 The reality of history. Human suffering. That is the primary achievement of the museum. While museums can often lose themselves and their visitors in the mixture of macro and micro history, the Bastogne War Museum marries the two narratives in a harmony of history.