The ANATOLIA: Home of Eternity exhibition, part of the 25th edition of the festival of Europalia and hosted by Bozar, Centre of Fine Arts in Brussels, is a journey through a place of fascinating exchanges over the years. The exhibition highlights the remarkable continuity of cultures and civilizations blending for thousands of years in Anatolia. 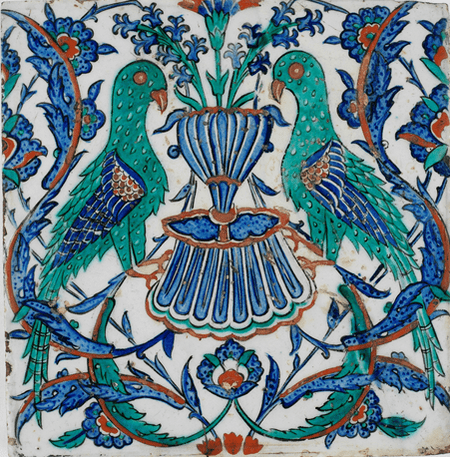 From Hittie citades to the Ottoman court, from the Phrygian goddess Cybele to the Olympian Gods, from Christianity to Islam, Anatolia (from Greek Ἀνατολή, — ‘east’ or ‘(sun)rise; in modern Turkish: Anadolu), in geography known as Asia Minor, has been the land of migration and co-existence, reviving its identity from prehistoric times until the 20th century. 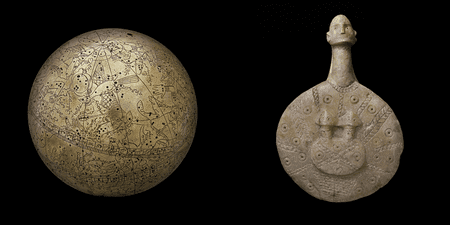 The exhibition illustrates the remarkable continuity of rituals, gods, cultures, people, nature and power that have been taking place for thousands of years. More than 200 archaeological objects, precious textiles, sculptures, designed tiles and statues have been gathered from various Turkish museums and brought to Brussels just for your eyes. Some of them are presented for the first time ever during the ANATOLIA exhibition. 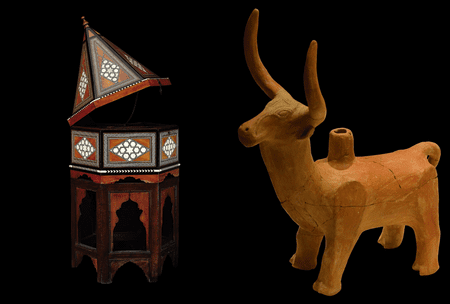 On the left: Quran case, Ottoman period-17th century and on the right: Bull-shaped rhyton, Hittite period-16th century BC

Walking through the exhibition spaces, you can follow the path of diversity which gradually forms the unified cultural identity of Anatolia. Having shaped the divine via arts and various cultures as well as religions, under different terms and identities, Anatolia became the home of eternity for many different civilizations, developing an age-old relationship between rituals and cults to the cosmos as a whole. 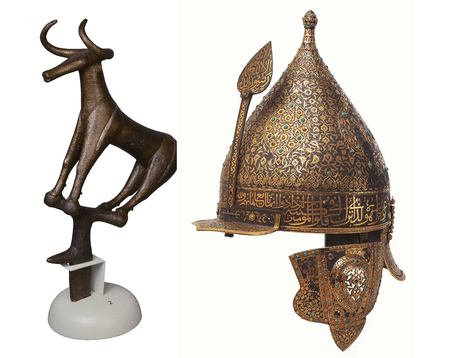 A crossroad of cultures and a laboratory of heritage, ANATOLIA sheds light to the significance and continuity of rituals. The exhibition offers a refreshing and fascinating perspective to Anatolia and its people, revealing the prestigious, culturally rich and eternal identity of Turkey as a whole. 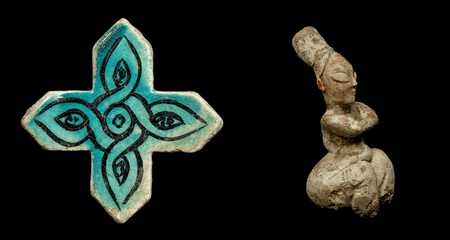 On the left: Cross-shaped glazed tile from Kubadabad palace- early 13th century and on the right: Seated female figurine, 6th millenium BC

The exhibition is open from October 7, 2015 until January 17, 2016 and hosted by Bozar, Centre of Fine Arts in Brussels.