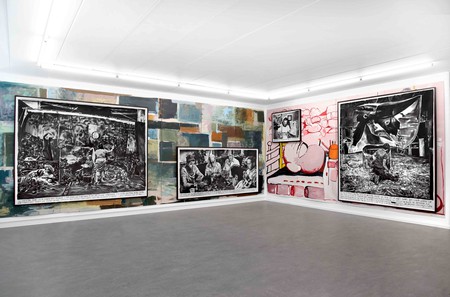 With a handful of renowned art schools and a thriving gallery scene, Antwerp has proven an excellent incubator for young talent. These six budding visual artists call the Belgian port city home.

Her animation short played at Film Fest Gent and Kortfilmfestival Leuven before landing on the Croisette for Cannes’ Cinéfondation selection. With Camouflage, inspired partly by the work of Hïeronymus Bosch, Imge Özbilge has created a wondrous and surreal world where East meets West. The six-minute film without dialogue was three years in the making and shows the Antwerp local with Turkish roots as an imaginative artist with a great eye for detail, able to construct a compelling, politically tinted narrative with limited tools.

Since his first major solo exhibit at Ghent’s S.M.A.K in early 2016, Rinus Van de Velde and his large-scale charcoal drawings are increasingly capturing the public’s imagination. Donogoo Tonka was, in essence, a storyboard in nine canvasses, inspired by a 1920s script by French novelist Jules Romain that the young artist found in a New York bookshop – this is Van de Velde’s main modus operandi.

In his early years, he mainly worked off of found photos, but nowadays, he most often uses found narratives to inspire scenes he constructs in his atelier, similar to a film set. Next, he inserts himself and/or his friends into the image as actors, whereby he winds up turning the picture that he takes – and, thus, the charcoal drawing he bases off of them – into a fictitious biography. It’s safe to say that there’s a lot to discover in a Van de Velde work: a touch of irony, a sense of ennui, the trappings of a ’40s Hollywood noir, a painterly contemplation of the self – and that’s by no means an exhaustive list. 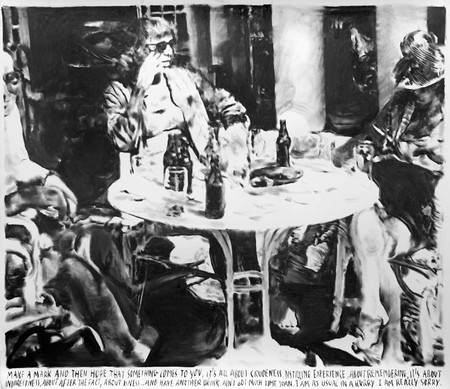 Make a mark and then hope that something comes to you, 2017 by Rinus Van de Velde | courtesy Tim Van Laere Gallery, Antwerp

Newly out of the Antwerp Academy’s classrooms and already with a showing at London Fashion Week under his belt, Stefan Kartchev is a young designer worth knowing. The 25-year-old impressed with his bachelor collection ‘Miscible Displacement’, a series of colourful, oversized garments with geometric patterns. The outfits combine the futuristic aesthetic found in ’80s movies with traditional folkloric costumes from his birthland of Bulgaria. The results are unexpected, with a modernisation of Bulgarian fashion few others would have thought of.

Throwback to a year ago when I presented my 3BA collection "Miscible Displacement" at the annual show of the Royal Academy of Fine Arts Antwerp/Fashion Department. LOOK 1 #Antwerp #fashion #miscible #displacement #foam #stefankartchev #folkore #activesportswear #ispentmyhealthonthis

Eva Van Tongeren grew up in the Netherlands and learned the film trade at Brussels’ LUCA School of Arts, but has found a creative home in Antwerp for now. Her thesis short, In Frankrijk zijn geen Walvissen (There Are No Whales in France), is a visual essay that takes the viewer to a sleepy vacation village in the north of France during the offseason. The tranquil strolls through desolate landscapes and poetic explorations of stillness make for a very cinematic experience. So cinematic, in fact, that it earned her a VAF Wildcard, the Flemish film prize encouraging upcoming talent.

Van Tongeren is part of De Imagerie, a thriving Antwerp-based audiovisual collective, and regularly organises screenings and film-related events while she works on her next project, David. In the upcoming short, she’ll explore her correspondence with a prisoner named David as they discuss ‘love, loneliness, expectations and dreams’. The short is set to film in December as a hybrid between fiction, documentary and autobiography, and Van Tongeren describes it as being about her ‘unintentional inability to understand how David wound up in the situation he’s in’. 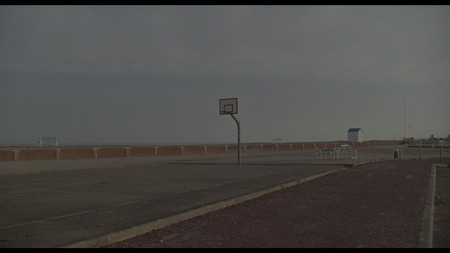 As a young multimedia student at Antwerp’s Royal Academy of Fine Arts, Axel Goossens saw the role that paper was mostly relegated to – it was used in the beginning stages of a creation, but later rendered mute by other materials. Goossens decided to turn things around. He set about drawing 3D designs that would eventually become large animal sculptures, manufactured in paper with painstaking patience and precision. The results are often breathtaking. Large peacocks or moose heads – perfect for mounting on walls – dodo skeletons, cockatoos and giant Galapagos turtles are all brought to life over days and days of digital drawing, cutting and folding. His first cautious exhibit at Antwerp’s C41 gallery in 2013 confirmed suspicions that the young creator’s work floats somewhere in between art and design. Whichever way people refer to them, the origami-like creatures coming from his hands are always pleasing to the eye. 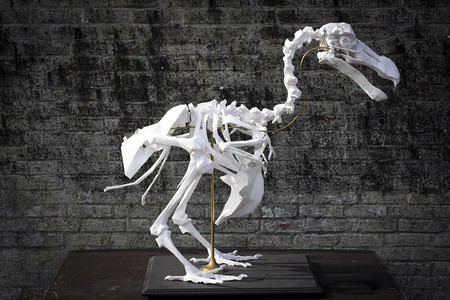 Dodo skeleton by Axel Goossens | courtesy of the artist

A blue ice cream pop looking amazed and sad at once, Pacman-like figures with their pupils rolling out of their sockets and cartoonish yet disillusioned self-portraits – Nel Aerts likes to rub humour and tragedy together until something fascinating pops out. In her sketches, video installations and sculptures, the visual artist creates strange figures with scraggly lines, and they feature vulnerable, melancholy or endearing facial expressions that are often reflections of the artist’s own state of mind. An Aerts piece trades heavily in the exploration of the artist’s role in society.

In her late 20s, the LUCA School of Arts graduate sees herself represented by London’s Carl Freedman Gallery, and an upcoming 2018 solo exhibit at Leuven’s M-Museum should only serve to further strengthen her momentum. 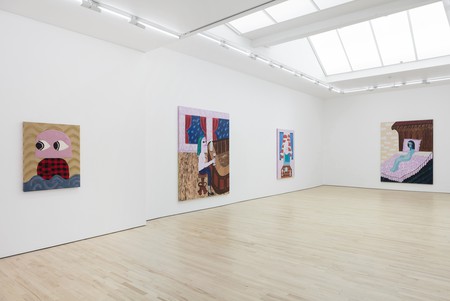